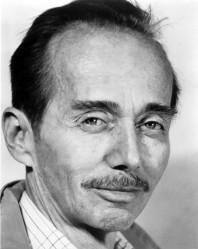 American character actor John Davis Chandler died in Tolucca Lake, California he was 73. Chandler played the youngest brother in “Ride the High Country” (1962), Jimmy Lee Benteen in “Major Dundee” (1965), Fair the captured member of Warren Oates gang in “Barquero” (1970) with Lee Van Cleef, the bounty hunter Clint kills in “The Outlaw Josey Wales” (1976). He appeared in one Euro-western “The Triumphs of a Man Called Horse” (1982). A full obituary is at Cemetery With Crosses. :’(

A terrific movie villain, one of those performers who fully inhabited every role. I especially enjoy his turn as the vile Benteen in Major Dundee.

He had one of these faces you will remember forever, even if he mostly (always) had only tiny roles.

This is sad news indeed. I really liked him in Ride the High Country. RIP John Davis Chandler.

He was one of those very good Bad guys.

-You a bounty hunter?

-Yeah gotta do somethin’ for a living these days.

-Dying aint much of a living, boy.

Ride The High Country was one of my favorites.All time favorite is Outlaw Josey Wales. Chandler was my favorite. Never seen Barquero Favorite scene in The Good Guys and The Bad Guys when Deuce calls the woman looking for the marshal a UGLY OLD WART.Loved it! By the way,he was 75,not 73. He was really born in 1935 according to the obit I read. His legacy will continue for generations.

Here’s a link to an interesting article on John in Sundays West Virginia Gazette-Mail.