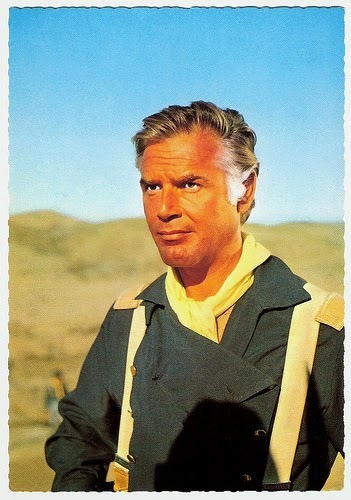 Joachim “Blacky” Fuchsberger died at his home in Grünwald, Bavaria, Germany of organ failure, he was 87. Born on March 11, 1927 in Zuffenhausen, Stuttgart, Germany, Fuchsberger was a German actor, television host, lyricist and businessman best known to a wide German-speaking audience as one of the recurring actors in various Edgar Wallace movies (always playing one of the good guys, often a Detective Inspector with Scotland Yard). He appeared in two Euro-westerns: “The Last of the Mohicans” (1965) as Captain Bill Hayward and Who Killed Johnny R.? (1966) as Clyde Smith.