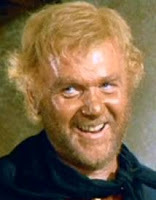 Legendary Western actor Harry Carey, Jr. died December 27, 2012 in Santa Barbara, California. He was 91. Harry spanned 50 years of acting in over 150 films and TV appearances 88 of which were westerns. Harry appeared in “She Wore a Yellow Ribbon”, “The Searchers” to “Back to the Future III” and “Tombstone”. Carey appeared in four Euro-Westerns “Trinity is STILL My Name”, “Man of the East”, “Challenge to White Fang” and “Take a Hard Ride”. He was the son of silent film actor Harry Carey and actress Olive Carey. He was married to Marilyn Fix who was the daughter of actor Paul Fix who played Micah Torrance on TV’s The Rifleman.

R.I.P. Harry Carey Jr.; you were always a welcome face in John Ford’s Westerns. Another legend of the genre gone.