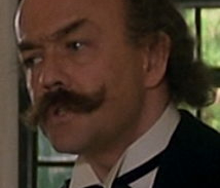 Italian character actor Emilio Delle Piane (Emilio Dellepiane) died in Lavagna, Italy a week ago. Graduating with a law degree in 1963 he served a few years as an apprentice but met director Carlo Lizzani in 1966, who encouraged him to pursue a film career. He went on to appear in over 20 films and is best remembered by Euro-western fans for his role as Parked in “Trinity is STILL My Name” (1971) with Terence Hill and Bud Spencer. He also appeared as the Marshal in “Arizona Returns” (1970) and had a small role in “Judge Roy Bean” (1971) with Robert Hossein. In the 1990s he retired from films and returned to law opening his own law firm.