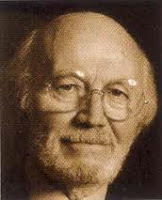 Composer Armando Trovajoli died in Rome at the end of February. He was 95 years old. He was the author many of Italy’s famous songs and soundtracks of over 300 films.

His death occurred a few days ago, but his wife, Maria Paola broke the news only today. "I respected until the last the will of a reserved man, who did not like being celebrated or receiving applause. He will be cremated. "

Trovajoli was born in Rome on September 2, 1917. “He worked until the last day - said his widow - his latest comedy, the transposition for the theater of Tosca by Gigi Magni, is still on his piano.” Throughout his long career he played with the most qualified in the world of jazz (Duke Ellington, Louis Armstrong, Miles Davis, Chet Baker, Stephan Grappelli, Django Reinhardt and others). Next to jazz, he was dedicated to cinema (by composing, among others, the scores for “Bitter Rice”, “Un giorno in pretura”, “La ciociara”, “C’eravamo tanto amati”, “Profumo di donna”, “Una giornata particolare” and his only Euro-western: “The Long Days of Revenge”. He also composed scores for several comedy films thanks to his long association with Garinei and Giovannini. Among his most famous songs was “Aggiungi un posto a tavola

Sad to hear this.
Trovajoli was probably better known for his jazzy scores for Crime films and Sex Comedies but his score for Long Days of Vengeance is enough to get him some respect around here. Listening to his score for Il Commissario Pepe at the moment in memory of the man. R.I.P.