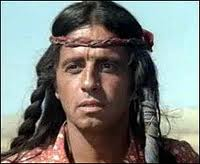 The actor Amidou , the first Moroccan actor to have made a name in France, died Thursday September 19, 2013 evening in a Paris hospital as a result of disease. He was 78.

The first Moroccan actor to have won an acting award at the National Conservatory of Dramatic Arts, he started in the theater with Madeleine Renaud and Jean-Louis Barrault in “Les Paravents The Screens” by Jean Genet at the Odeon in 1968 .

The dark complexioned actor with a warm smile and charming eyes had a successful career in cinema.

He became one of the favorite actors of Claude Lelouch turning out 10 films with him, the first feature from director “Le propre de l’homme” in 1960.