Two half-wit brothers Martell and Borgese search for gold their late father has hidden from the army, and both brothers are given half a piece of map from their mother. The U.S army also want the gold, and plenty of fooling around and eating take place before the gold is found.

Just a silly 70’s romp for me, with inappropriate synthesizer music being played most of the time.

Anybody have the Italian DVD???

don’t know for sure if there ever was a dvd release,enquired on videociak site when i saw it for sale but was told release date fell through,if anyone knows differently please post and let us know.

Anybody have an Italian or a Spanish Broadcast version of this film???

I have Spanish DvD rip

Add another half-wit to anyone who would sit down and watch this rubbish. This has to be one of the top five worst Spaghetti westerns of all-time. Nothing but a series of fist fights which makes the title perfect PATIENCE HAS A LIMIT, WE DON’T and that goes for anyone who would attempt to watch this mess.

It looks crappy but… I’ll try to get it.

Here’s a nice good looking spanish poster that I found: 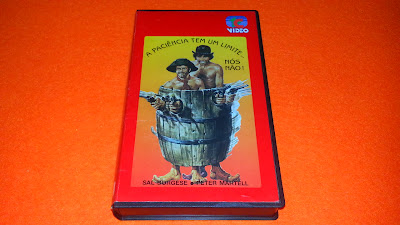 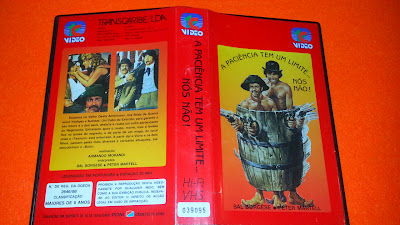 Really bad film with awful music. I can’t actually come up with anything good to say about it.

It seems you didn’t have enough patience, Bill.

I conjecture it must be really, really bad.

Anybody have a VHS for sale or trade? Preferably the Cinehollywood release but a long as it has English audio, I’m interested.