An actor with probably more sw entries than anyone else. 60 films so far listed in database and that’s probably not all as many times I keep seeing him playing extra in some saloon fight, appearing only for few seconds. Like spotting a J&B bottle in giallo, you can similarly spot Osiride in dozens of sw’s.

Any appreciation for this spaghetti geezer?

I just watched Chapaqua’s Gold where he played a bit bigger role than he usually has and performs even some fire breathing. Did he do that in other films as well?

Wow, what a milestone! Never heard of this guy previously, but he reminds me a little of the character actors Shug Fisher and Chubby Johnson, almost always playing the Old Coot or Old Codger in the Western TV shows and films. Gonna have to keep an eye out for him in my collection and any new ones I get.

performs even some fire breathing. Did he do that in other films as well?

Of course, that was his specialty! Unfortunately at this time I don’t remember the titles.

Osiride had a lot of brothers and sisters: 19! 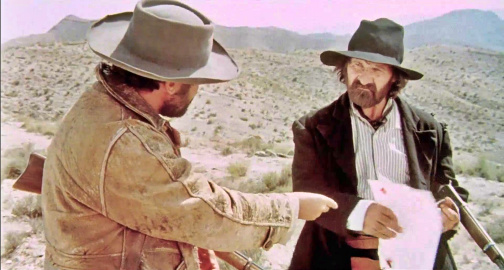