The last year or so I’ve watched a number of Brazilian films, so-called nordesterns, also called cangaceiro films. In real bad picture quality and in a language I don’t understand. I watch them again and again and enjoy them immensely. So perhaps I should leave it at that. But then again, I should really like to watch them in better picture quality. And there are DVDs to be had, but it seems the Brazilians don’t ship DVDs abroad. So, @El_Topo or others, do you have any suggestions as to how it is possible to get this stuff out of Brazil?

These are the films:

Rocha’s films I have on DVD, five films I don’t have, the rest more or less poor quality MP4 files.

I’m really not a connaisseur of Cangaço films, apart from Lima Barreto 1953 and Glauber Rocha ones, I really don’t know any DVD English friendly of those films, probably from that list apart part from the above mentioned you will only find Brazilian VHS editions. Mostly because they are only Known in Brasil or Brazil in English.

They still making cangaço films today, you can take a look at 2017 Netflix film “O Matador”

Thanks, El Topo, and sorry about late answer.
I’ve only seen de Olivera’s O Cangaceiro Sanguinário, which I though quite good, but not O Cangaceiro Sem Deus.
Actually there are some DVDs for sale on mercado livre. But unfortunally they don’t post outside Brazil, it seems. 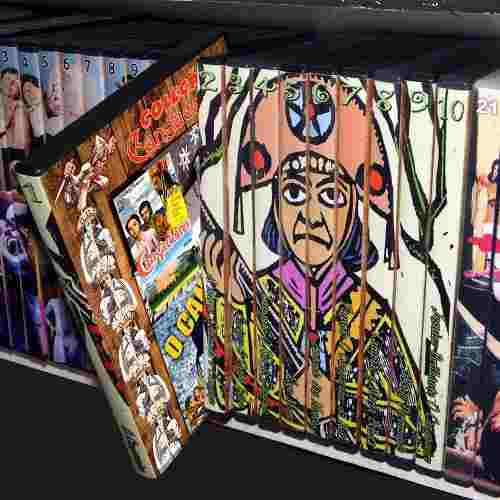 Those are editions for Brazil only, the collection is one that you make with the newspaper, so I doubt they use English subtitles Morgan

so I doubt they use English subtitles

I guess not. Still I should want some of these, because some of my copies are real bad picture quality. I have O Cangaceiro 1953 with English subtitles, though. And Quelé do Pajeú with Italian subtitles.

Interesting to see this subgenre being talked about here, being Brazilian myself.
Some of these movies are very celebrated down here, especially the ones directed by Glauber Rocha, considered by many the greatest Brazilian director of all time

Also, unrelated, but i’m a brand new member to the forum, this being my first post.
glad to see a living community dedicated to talking about spaghetti westerns to this day

They still making cangaço films today, you can take a look at 2017 Netflix film “O Matador”

At long last I did. Unfortunately, I watched it with an English audio. If you’re going to watch it, don’t do that. Take the time to change the Netflix settings to Brazilian/Portuguese (5.1) audio and English subs. Seems to me the English audio, among other things, didn’t get it entirely right.