In the themes from The Good, the Bad and the Ugly and For a Few Dollars More, are there any lyrics in the theme(s) or are they all just vocalizations that kinda sorta sound like lyrics?

Good question. They sound like just singing to me but could be vocalizations.

I know that the extended versions of the soundtracks actually have actual songs with lyrics and a lead vocalist singing them.

I only know of this one from For a Few Dollars More https://www.youtube.com/watch?v=IhNqbIXriVc

It’s got a version of “Sean Sean” with English lyrics and a track called “The Dazzling Light” in French.

I’ve had a look on youtube but they don’t seem to be on there.

Here is the cover. 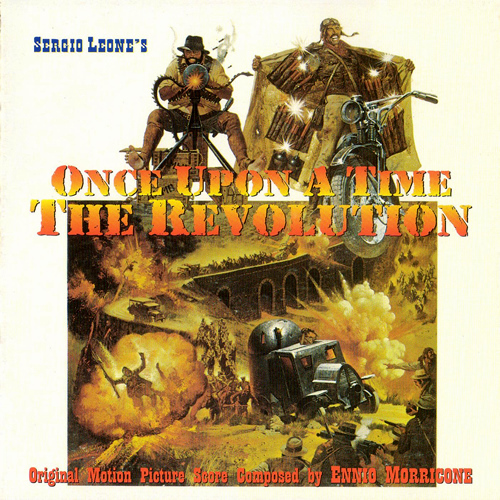 …and here’s a couple of non Leone Morricone vocals.

Thanks folks for the info and the links. Already found some stuff here I didn’t even know existed!

I’d like to be a little more clear though than I was in my original post which was a bit muddy.

In the theme from GBU, it sounds to me like the male vocals are saying “You-are-too-grateful”. The Spaghetti Western Orchestra uses the words “Go-to-echo”, “Go-to-rainbow” or something similar sounding in their GBU theme. Maybe others hear something else.

I was wondering if anyone knows if the actual vocals, as heard in the film itself, are actual words or just gutteral sounds that aren’t actually words at all. Much like in Ecstacy of Gold where the female opera singer is just doing a series of ooohs, aaahs and other sounds.

As before, this same question also applies to the theme from For a Few Dollars More.

Again, thanks for all.

Thanks for the responses folks.

Looks like a great board. Am anxious to learn about all these obscurer titles that seem to be knocked around here!