MGM has released the following SW’s on DVD-R through TGG Direct in region 1 NTSC:

$15.00 for these two on separate discs exclusively through Amazon:
The Mercenary 1:46:11 and is anamorphic widescreen
God’s Gun 1:37:04 and is letterboxed

What I have seen so far looks really good. Looks like MGM is opening up their vaults and allowing TGG Direct to put a lot of films on DVD-R that have never been released in the USA. This is good news. 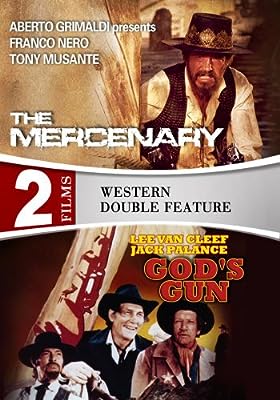 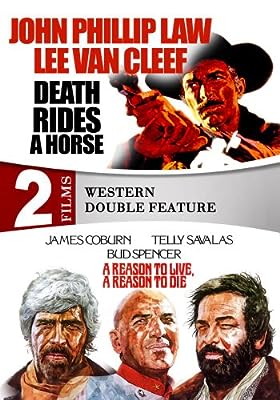 Thanks for this info! Probably gonna order the Mercenary disc.

Very nice of MGM to pair one of the greatest SWs with one of the crappiest lol.

I’m looking forward to a double feature of Once Upon a Time in the West and Django and Sartana are coming, its the end.

The Guns Of San Sebastian springs to mind. (Or would that be one of the ones that’s moved on to Warner now?)

Yeah, now that I think about it, I probably should just pony up the extra 12 bucks or so and pick up the Koch release of The Mercenary, given that I love the other releases from them I own.

Anybody know the length and comparative quality of the mercenary?

This is a video I made using the Koch Media DVD to give you an idea of the video quality: http://www.youtube.com/watch?v=SsEgSKullMs

Yep… have had all of these for years now…

Must be, they were released 10 days ago.

Or at least superior versions of what already has been released.

In Pal, and therefore correspondents with the 106 min in NTSC of the MGM disc. Seems to be uncut if all the violence is in.

I’ve watched it and it appears to be uncut. Both double discs are worth the $15.

I’ve watched it and it appears to be uncut. Both double discs are worth the $15.

How’s the quality compare to the Koch Media disc, for The Mercenary?