Following up on my “Spaghetti Western Themes on Nylon String Guitar” and James Bond CD’s,
just dropping a note that I recently put out a new CD called “Original
Time” which is a collection of original compositions on overdubbed
guitars. SAE won’t carry it for obvious reasons, but it’s available
here with previews: " ‘All by myself…’ Could easily be the title of this new release from preeminent guitarist Lou Pecci. From one instrument he makes a whole orchestral sound. This time around (his Spaghetti Western releases have been big successes) Lou concentrates on his own compositions on overdubbed guitars.

The tracks are as follows:

You have to hear it to believe it. Pecci’s immaculate performance is enhanced by his own ability to overdub and create a sound few others can imitate."

"The only difficult aspect of writing a review of a new release by Lou Pecci is trying to figure out which of his recordings is his best. Not an answerable question, because all of his albums are unique and excellent form his two releases of `Spaghetti Western Themes on Nylon Guitar’ or his solo guitar version of the famous themes from the big James Bond movies JAMES BOND ON ELECTIC GUITAR, to this recording of original compositions ORIGINAL TIME - all are successful and sure will doubtless satisfy even the most informed jazz fusion aficionado.

Pecci’s skill is his ability to not only perform with the precision and passion of the best, but to also through his overdubbing of electric guitars create a rather massive orchestral fabric that is so rich it fills every part of the music with a glow."

"Having released CD’s dedicated to spaghetti western themes and music
associated with James Bond movies,
Pecci offers 12 eclectic, instrumental originals. Layering electric
and gut-string guitars, with no other instruments,
he draws the listener in with a keen melodic sense on “Lost Soul,” then
returns to his cinematic bent (albeit for a non-existent movie)
on the driving, flamenco-tinged “Don’t Give Up.” 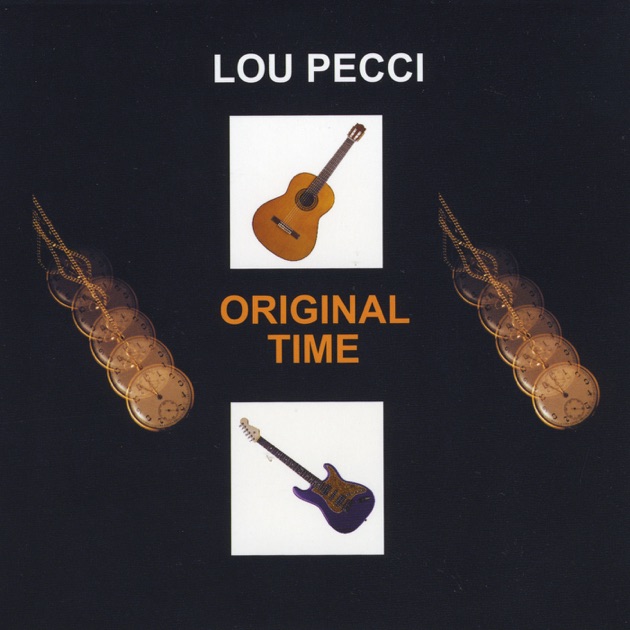 Listen to songs from the album Original Time, including "7 Straight", "Lost Soul", "Don't Give Up", and many more. Buy the album for $9.99. Songs start at $0.99. Free with Apple Music subscription.

Interview/Feature with some spaghetti western conversation…