I do not know if that particular movie can be classified as a spaghetti western or not but I remember it having a large number of similar motifs.

I remember only snippets of it having watched it on TV only once about 25 years ago.

Movie begins with some sort of train robbery. The villain is initially the protege of an oldish person who is actually trying to protect the train. After the train is stopped he is shown to be the leader of the gang (wears a red shirt with a black waistcoat if I remember correctly). After a bit of back and forth, the villain shoots holes in the hands of his mentor who was a great shooter of his time

Years later, the “Holey Hands” guy is trying to run a circus or some variety show while the villain has become a famous and feared outlaw.

It is in this scenario that the hero with no name (I somehow remember this person to be Clint Eastwood but none of his movies seem to have this plot) enters and kinda starts supporting “Holey hands” .
Eventually Holey Hands gets killed by the villain and our hero takes revenge in typical spaghetti western style burning barns, finishing off people one by one.

I have been racking my brains over this for the better part of last 3 years but haven’t gotten anywhere. I really hope someone can help out. 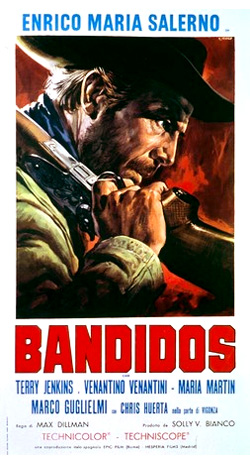 Thank you so much… This answers so much