I’ve always compared this situation to the Howard Hawks/Christisn Nyby debate for The Thing From Another World. Hawks’ influence is all over it.

Regarding the opening scene, this was a nice quote from Gastaldi in L’Âge d’or du cinéma de genre italien:

It was during the summer and Sergio had remained in Rome while Valerii was shooting the film in the USA. Then while I was on vacation, I received a surreal phone call from Sergio: “I’ve just had Tonino on the phone. He’s telling me that he can’t film the scene at the barber’s because the barber is never stationary enough for us to keep the barrel of a gun in his crotch!”

I’ve always compared this situation to the Howard Hawks/Christisn Nyby debate for The Thing From Another World. Hawks’ influence is all over it.

There are other examples, like Poltergeist and some other Spielberg productions in the 80s. 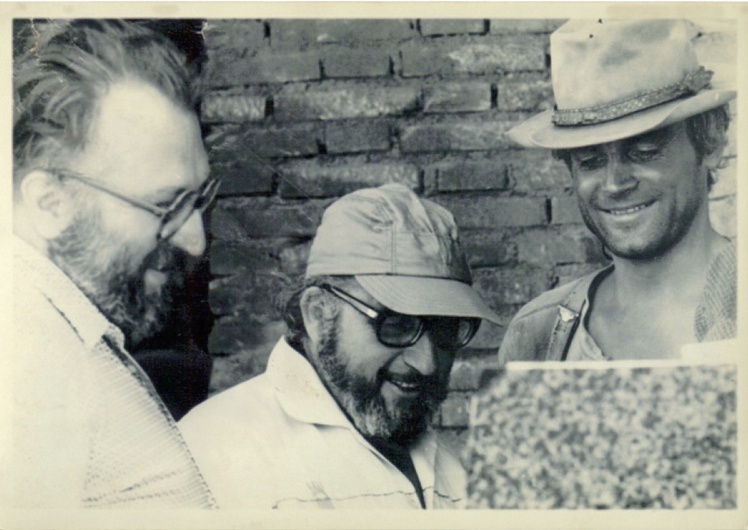 Belgian comics artist Joseph Gillain (Jijé) with Leone and Hill on the set of Il mio nome è Nessuno in 1973. At that time, Jijé was working on a comic book adaptation of Valerii and Leone’s farewell Western, but the latter reportedly pulled the plug on that project (some of Jijé’s finished pages and [preparatory] drawings are on view on Inedispirou.com). Conversely, Leone had shown interest in adapting Jijé’s long-running Western comic book series Jerry Spring for the big screen (source: Tanguy et Laverdure, intégrale 8).

I dug up an old photo (pre digital camera) taken in Acoma Pueblo during an “old west” holiday in New Mexico in 1997. 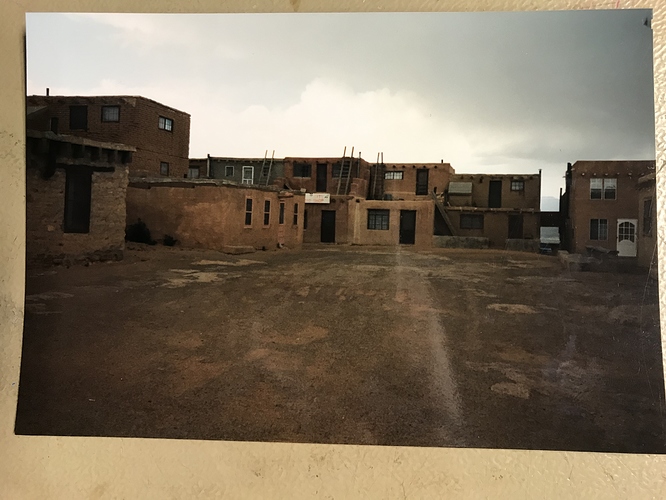 See the same location from the movie: 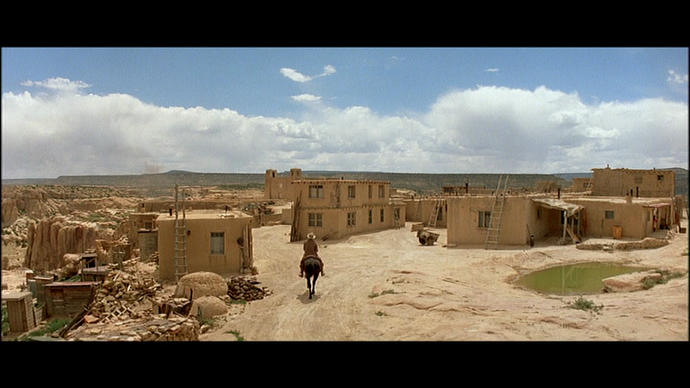 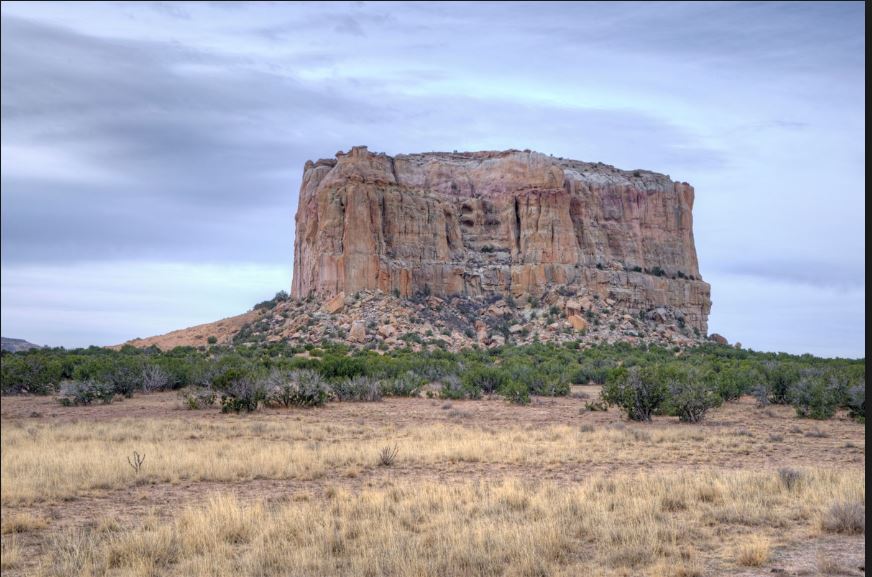 I have just watched Valerii’s My Name Is Nobody for maybe the 5th och 6th time since I bought a DVD just a little over a year ago, and I must confess I think it is rather perfect so it is now number 5 in my top 30 just after the 4 first Leone SWs.
It looks so good, well directed, very good story and has some depth with Fonda as the “dying gunman species”. It certainly nearly could be taken by me for a Leone directed SW if I didn’t know better.

A rather big part of the movie was shot near La Calahorra station, which is always nice to see. Some Wild Bunch scenes in that part of the movie though were obviously shot in Cabo del Gata (Almeria) and in USA.

And the Morricone music is really versatile and very very good, especially the mainly “tough” guitar based theme when Fonda sees his brother’s grave (and during the final duel in New Orleans) and soon thereafter the fantastic Wild Bunch Theme.

I like the mood when Terence Hill watches the Wild Bunch as if it was some rare animal species such as snow leopard, watching with solemn amazement.
I have deliberately avoided other SW comedies because I think they will not fit the by me desired SW mood, but My Name Is Nobody has this depth which I do not associate with “simple” comedies.

It certainly nearly could be taken by me for a Leone directed SW if I didn’t know better.

He supposedly directed quite a few scenes in the film, including the opening scene, the graveyard scene, the face off with the wild bunch and the final duel in New Orleans. Leone’s influence is all over the film but Valerii was also a very capable director in his own right, so there’s no reason to believe he wasn’t responsible for most of it. Check out Valerii’s ‘Taste of Killing’ if you haven’t already. A hidden gem!

Thanks, I have read its forum thread and it do sounds interesting (shot in Almeria is a + for me), even if a short american trailer at Youtube which just goes bang, bang, bang is rather deterrent.

I thought there are probably no official DVDs with English dub or subtitles for sale for a reasonable price at Ebay or Amazon for the moment, but there is this Italowestern-Enzyklopädie No. 3 from Koch Media which has 4 DVDs including Lanky Fellow - Der einsame Rächer which has English dub according to
https://www.spaghetti-western.net/index.php/Per_il_gusto_di_uccidere/DVD
Therefore I was quick to order it from german amazon

If you scroll up this thread a little, you can read about Leone’s role in directing the film. I actually published an article in Cinema Retro on it.

Check TRADERA every once on a while, Wild East titles do pop up and usually goes cheap. Taste of Killing went for 46:- some weeks ago… https://www.tradera.com/item/130110/362612972/taste-of-killing-craig-hill-tonino-valerii-wild-east-productions

I will remember that for the future, but I hope in this case the Koch release Italowestern - Enzyklopädie 3 will be a good buy with also 3 other (mediocre?) SWs

Have not seen the Pecos movies in that set but Blood At Sundown aka $1000 Dollars on Black is in my opinion an amazing spaghetti western, one of Garkos best performances IMHO.

I’ve been eyeing the region free German Universum blu-ray of this film because I am really disappointed with the turd that is the US Image release that I bought. I prefer a disc that is English friendly and region free, is the German one my best option? Thanks in advance.

I think they used the same transfer. From memory, it doesn’t look too great.

I thought the german one was great, my only complaint would be the omitting of the two Big F’s on the english track: the f-word and the farts.

I think they used the same transfer. From memory, it doesn’t look too great.

I was afraid of that. There is a better print out there somewhere but I don’t know the source.

I heard it was the French Blu-ray. I’m trying to get a copy in trade.

the two Big F’s on the english track: the f-word and the farts.

First one is Red’s death scene. All the versions I had seen before has the line “you go fuck yourself”. German bd had “screw yourself”.
Other is in the urinal scene which is missing the fart sounds.