Re-reading bits of Alex Cox’s book he mentions that 1979 saw a spaghetti western version of Red Harvest produced starring Gianni Garko and Roberto Camardiel! Is this a joke, a mistake or deliberate attempt by Cox to “watermark” his book?

I can’t find anything in Garko’s filmography for '79 that could remotely fit this even if Cox had gotten it wrong and this is a cop movie. SW or not this sounds intriguing.

But is Cox just pulling our legs?

But I might be wrong. Even though I can’t imagine that film with such a cast could become so forgotten…

I haven’t seen the film, but Chet Bacon = Gianni Garko doesn’t seem to be true.

Interesting. Nevertheless there is no Garko and Camardiel.

I haven’t seen the film, but Chet Bacon = Gianni Garko doesn’t seem to be true.[/quote]
Thanks Johnathan for info, it’s always interesting to find about SW made after 1978.

Just rewatched La Ciudad Maldita, aka La notte rossa del Falco, the last western made by Barcelona director Juan Bosch, based on Dashiell Hammett’s novel Red Harvest. (On the novel, see Sherpshutter’s Four Artists and a Man with No Name.)

Released in Italy 29 November 1978 it might well be the last Italian -Spanish co-production to be made in the 1970ies bar none, and the last of the spaghettis as such, or am I mistaken?

I have some more info on it and should perhaps review it for the SWDB. But I have only seen a shitty copy of the Spanish release. Does anybody here have a decent Spanish copy or an Italian copy?

I haven’t seen the movie, but I’ve just checked Giusti’s book. He says Garko and Camardiel are in it. According to the text, Garko is an agent who’s investiganting a series of crimes in the West. He also lists this odd pseudo ‘Chet Bakon’ (written with a k in this case) that Garko supposedly used for this movie.

The name of Camardiel is only listed, but we kearn nothing about his precise role in the movie.

Question: Did you recognize Garko (and Camardiel)?

(I have no copy of the movie)

Found a couple of screenshots, I haven’t recognized Garko:

Did you recognize Garko (and Camardiel)?

Found a couple of screenshots,

I don’t think the last screenshot was in the film!

I guess Giusti hasn’t seen the movie. He usually admits this, but there’s no similar remark in the text here.
Chet Bakon … what a name …

I don’t think the last screenshot was in the film!

He cannot have seen it. There is no mistaking the guy who plays the OP for Garko, as you can see from the screenshots. Nor anybody else

There is no mistaking the guy who plays the OP for Garko, as you can see from the screenshots.

No, seems as likely as one of us beating Usain Bolt on the 100 m

And I don’t know about Camardiel either. According to Bosch’ filmografia revised by himself, Camardiel is Thaler. I’ll lift a couple of screenshots from my copy tomorrow.

And I don’t know about Camardiel either. According to Bosch’ filmografia revised by himself, Camardiel is Thaler. I’ll lift a couple of screenshots from my copy tomorrow.

He shouldn’t be too difficult to identify, unless he lost a lot of weight. I remember seeing him in a movie made a couple of years before his glory days; I didn’t recognize him but I realized that I had seen that face before: he had put on a lot of weight since that movie and that had changed his features.

I did know about the Garko rumor when I watched the film the second time, so I kept an eye out for him. He is nowhere in the film. Bosch himself commented on this rumor saying Chet Bacon was a “third-rate regional actor”, often confused with Gianni Garko, (according to Jesús Ángel González López on Don Herron’s blog “Up and Down these Mean Streets”). Heaven knows why.

I didn’t know there was an issue about Camardiel, so I didn’t particularly look for him. It seems he is the sheriff, Noonan, as stated on the SWDB’s page on the film. Here some mugshots (actually, I think he has lost some weight): 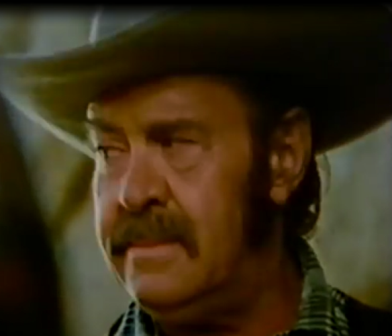 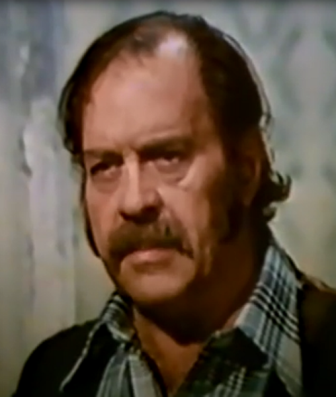 Max Thaler is obviously played by José Daniel Martinez (as Daniel Martin), as is also stated on the SWDB’s page.

The official Bosch filmografia got it wrong, the SWDB got it right.

I still don’t have a decent copy of it, but anyway I have made a review:
https://www.spaghetti-western.net/index.php/La_ciudad_maldita_Review

There’s a chapter that covers this film in Critical Perspectives on the Western: From A Fistful of Dollars to Django Unchained (Lanham: Rowman and Littlefield, 2016) edited by Lee Broughton.

The chapter is ‘“Going Blood-simple”: Red Harvest in Film’ by Jesús Ángel González.

There’s a chapter that covers this film in Critical Perspectives on the Western: From A Fistful of Dollars to Django Unchained

I just received an order update on this one. Delivery date postponed to November 23…

The chapter is ‘“Going Blood-simple”: Red Harvest in Film’ by Jesús Ángel González.

“Going blood simple” is from the novel. The OP at some point complains he is going “blood-simple like the natives” because of all the killings. The Cohen brothers used it for their first film.

Two stars for this one. 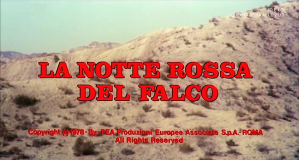 In my opinion Craig Hill, previously directed by Bosch in And the Crows Will Dig Your Grave and My Horse My Gun Your Widow, would have been the better choice for the Continental detective (in 1978 he appeared in The Bloodstained Shadow).

Waiting to know his real name, a couple pictures of Chet Bakon 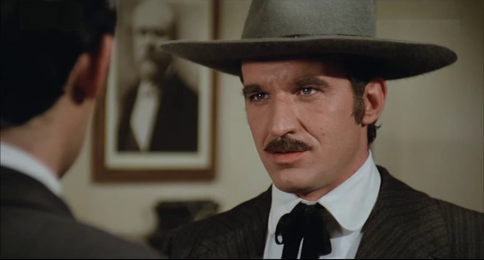 The Italian version will be aired a second time on Rai Movie tomorrow 27 July, around 12.30 pm Italian time. 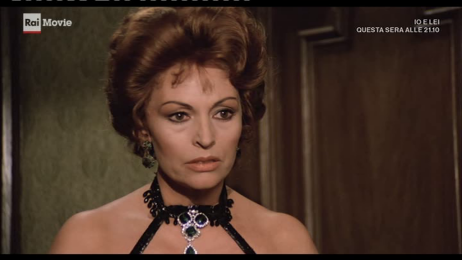