One of the moust influential horror directors of all time, John Carpenter has made a host of claasics like Halloween and The Thing. 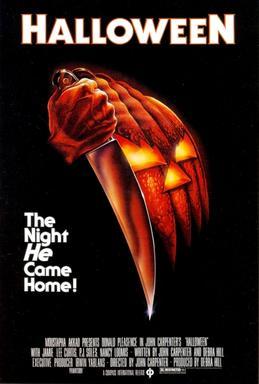 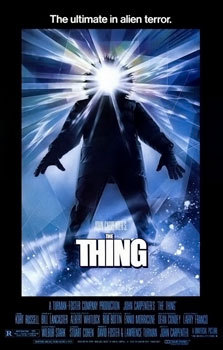 Johnny C (as my friend refers to him) has definitely left his mark on the modern horror cinematic world.

The Thing is definitely my favorite of his with a great apocalyptic feeling of dread through out the movie.

Escape from New York is another just plain awesome movie. Everyone knows Halloween and how great it is. Unfortunately he has not filmed much worthwhile in quite some time but his early stuff through the mid 80’s is stuff of genius (an twisted warped evil genius but a genius none the less).

My favorite The Prince of darkness

He definitly has some fans round here

Assault on Predict 13
Escape from NY
Halloween
The Fog
The Thing
They Live!
Big Trouble in Little China
In the Mouth of Madness
… all are classics and everytime a good reason to put it into my DVD Player.

every movie mentioned in this thread so far is awesome. In The Mouth of Madness is the last great movie he did and what a movie it is. I love the fact he made Lovecraft into something film-able.

My favourite is In the mouth of madness which captures the Lovecraftian atmosphere very successfully. I find Big trouble in little Chine a bit overated though

My favourite is In the mouth of madness which captures the Lovecraftian atmosphere very successfully. I find Big trouble in little Chine a bit overated though

considering it bombed in the theaters the appeal of it only took off after VHS and DVD releases. I was not a big fan of it when I saw it years ago but I picked up the DVD and I love it now.

The Thing and Prince Of Darkness are by far his best films in my opinon. then Halloween, In The mouth of Madness, Vampires, Escape From New York, and then it all goes downhill pretty fast. A spent force i’m afraid who these days lets his films get shit remakes. Would have liked to have seen him do a western in his heyday though. Yes i know, " Assault on Precient 13" is regarded as “Western Like” but despite having some good moments i didn’t think it was that good.
To my shame and embarresment and this is going to make most of what i’ve written here shit, i’ve remembered three more Carpenter film’s i enjoyed " Christine", " The Fog" were good and " They Live" was ok. In my defence i would like to say i completely forgot about the fog because of the utter crap remake of it that i unfortunatly saw and erased the memory of the original, plus the fact i’m getting old and the memory isn’t what it was.I hear the cry in unison " All of the comments you’ve made on this site are shit, MWAN! yeah, i know ,i know :-[

Like everything he’s done to some degree, and i think VAMPIRES is probably the closest thing to a western he’s done. Even though ASSAULT ON PRECINCT 13 is based on a western, VAMPIRES has much more of a westerny look and feel for me.

Benson, Arizona, My Heart Wants To Be There …

All around he is probably my favorite director. I like him even more than Leone, Bava, Kurosawa etc…

I saw his The Thing for the first time today, and found it to be excellent, with some good “shock” moments. Halloween is still my favorite movie by him, however as it’s the scarist film I’ve ever seen.

Carpenter’s Assault on Precinct 13 is my favourite with The Thing just a whisper below.

Never cared for Halloween, and shame Carpenter does not seem to make anything decent these days.

I really don’t thing that he as done better than th Prince of Darkness, it’s his “Raging Bull” also I like The Thing, if you gonna give an Oscar to Jeff Bridges, (Ok Starman its not a fav) you could give it to Kurt Russel.
Assault caused a big impression when I saw in It in my teens, and one of the first (whithou counting the Disney ones) movies I saw in Cinema was Escape from New York, and I never forget it.
But somehow I think that CArpenter is one of those directors for a period of time that enden after Memoirs of an Invisible Man, or They live is last good film in my humble opinion. I like Vampires, but just that, nice movie.

Hey better than KUROSAWA, God Carpenter never made nothing that can be compare to Ran, High and Low, The Hidden Fortress, Shichinin no samurai, and no one, but no one has ever ever showed me a film better than DERZU UZALA, just a few as good, abut very few indeed.

Yes KUROSAWA is my “alma mater” and untoucheble for me

Before I watched The Thing, I read reviews on it, and most of them commented on its “revolting” special effects, so I mentally prepered myself to stomach them, something I didn’t have to do at all as I wasn’t really perturbed by them at all. Maybe because they’re not realistic (i. e. it’s not something you’re going to see in real life) that it didn’t scare me as much as Halloween.

I completely forgot to mention one of my favorite Stephen King adaptations - Christine.