Along with great movies, Italians also made a lot of great comics. Here in Croatia and the rest of former Yugoslavia, despite the success of movies, tv shows, cartoons and videogames, popular American superhero comics like Superman, Batman, Spider-Man, X-Men, The Avengers etc. never really took off. However, comics are still big here (although not as much as in the times of ex-Yugoslavia), and the most popular by far are Italian comics, mostly from Sergio Bonelli Editore. Here are some of them:

Alan Ford
Not published by SBE, but is still by far the most popular comic book in Yugoslavia. It’s a spy parody/satire comic book centered around the Group TNT, a group of incompetent spies led by the several thousand years old #1, that the title character, Alan Ford, joins by accident in the first issue of the series. A cartoon adaptation of one issue, Alan Ford e il gruppo TNT contro Superciuk, was made in 1988.

Tex Willer
One of the oldest and longest-running Italian comics, it’s also the most popular comic book in Italy. It’s mostly classic western stories (even though there’s some fantasy/ horror stuff too), the main protagonist being the title character Tex Willer, his son Kit and best friend Kit Carson. Was made into a movie starring Giuliano Gemma in 1985.

Zagor
The most popular comic book here, second only to Alan Ford, and one of my personal favorites. It’s a horror/fantasy/sci-fi western set in the first half of the 19th century, and tells the adventures of the hero Zagor and his Mexican sidekick Chico. Three unofficial Zagor movies were filmed in Turkey in the '70s.

Dylan Dog
A horror comic book whose main protagonist is Dylan Dog, “the nightmare investigator”, who solves various cases that deal with the undead, vampires, ghosts, aliens, demons, werevolves etc. He’s always accompanied by his sidekick Groucho, a former Groucho Marx whose character became his permanent personality. Was the basis for the 1994 film Dellamorte Dellamore w/ Rupert Everett, as well as the 2010 film with Brandon Routh.

Some other good ones include:

Any other fans of this stuff here? 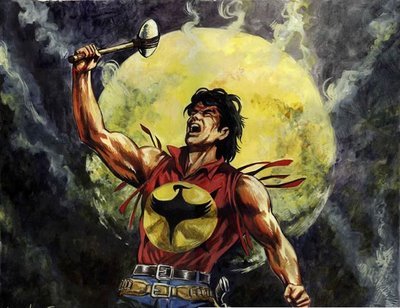 Looks great is any of these comics in English please ?

I love these. Italian comics have been quite popular in Finland as quite a lot of these have been released here. Tex Willer is the most popular, it’s been published here since 1953. I’m not a fan myself though. I prefer Ken Parker which is my favorite western comic book series. The quality of stories is amazing for a monthly published comic, artwork of Ivo Milazzo (the main artist in series) might not be for all tastes but personally I think he’s one of the most talented comic book artist. Most of the Ken Parker’s been released here too. I can really recommend this series, Duck!

is any of these comics in English please ?

I'm under the impression that most of these were never released in english. First book of Magico Vento has been recently released in US. It's a western with supernatural touches. Not really a favorite of mine but I've collected them all so far they've released in Finland. And the artwork is really good.
Bill_san_Antonio (Bill san Antonio) November 22, 2015, 3:33am #4

Which one? Zagor has lots of great stories, but also a fair share of lackluster ones too…

Which one? Zagor has lots of great stories, but also a fair share of lackluster ones too...

I think the first half of the book was about some bird people or something like that which was actually pretty interesting but second half was inferior. I don't remember what was it about. I've been collecting western comics, especially the italian stuff, so maybe I'll track the rest of the released Zagors one day.
Bill_san_Antonio (Bill san Antonio) November 22, 2015, 5:37am #7

Another favorite of mine from italian western series:

Gino D’antonio: Storia del West
-Epic western series about family who live throuh all the important phases of the old West starting from early 1800 to 1890. Main characters are the fictional members of the MacDonald family but many famous historical figures also makes their appearance in the series. Gino D’Antonio wrote 75 volumes of the series and also made the beutiful cover art. 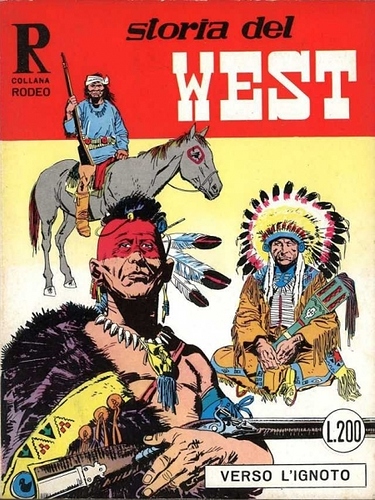 Another one I’ve been reading recently, Judas. 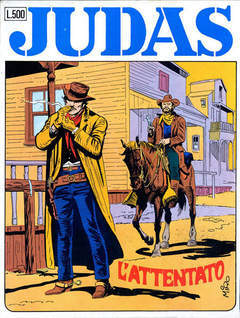 This Italian western wasn’t that long running, 16 volumes were released in 79-80. Only 7 were released in Finland. It’s about former outlaw who turned to the side of the law as a Pinkerton agent.

Ah, my fellow countryman has started this topic and his right - there is special Italian-(ex)Yugoslavian connection when it comes to comics. Comics that are mostly unknown outside Italy here have mass audience. Especially Zagor and Alan Ford have cult following.
Zagor was never my cup of tea, as Bill’s mentioned it was too childish for me, even when I was kid. But it is 100% pulp mixture of western-adventure-Tarzan-occasional horror and everything but the kitchen sink, that has its charms.
In recent couple of years we have sort of comics revival here, thanks to not large, but die-hard core of comics fans and couple of enthusiastic and serious publishers (that are part of the same core).
So after period of 90s when comics were on the verge of extinction, now there is a flood of releases and we are no longer reading them in cheap trades but in deluxe collector’s hardbacks.