I can’t tell if you’re being serious or not… although I do hear some tones that “might” be outlined by the chords.

The Holy Ghost, in the incarnation of Gianni Garko, is basically Sartana dressed in white (and with a peace dove on his shoulder). Forewarned, Half-Killed… the Word of the Holy Ghost shows how much Carnimeo had developed his visual skills since his first Sartana film, but it also shows how much Trinita like slapstick had conquered the genre by then (with Chris Huerta in the Bud Spencer role). The kill rate is still high, but unfortunately the comedy parts turn up at the oddest moments replacing shoot-outs and destroying thereby partly what should have been the highlights of the film. But accompanied by a fine Bruno Nicolai soundtrack fans of the director and the star will still have their fun.

watched this last night. i don’t like comedy spaghetti westerns ie the trinity films, and this film did nothing to change that. The films come over as silly and stupid, and so does this one. It is preferable to some of the others, but i just don’t like them much. Garko seems to enjoy himself and it has some moments of brutality at the beginning. instantly forgettable although not the worst of it’s type.

About halfway through this. Here’s the good news: Pilar Velázquez

Only one scene was nice so far. The last supper bit.

Can’t agree with Stanton on this. I thoroughly enjoy the Sartana films, but this just ain’t it. The comparison is easily made, as this is also a Garko & Carnimeo teamup. But this is merely an unfunny comedy spaghetti western. Not really looking forward to seeing the rest, but then I wouldn’t be able to review it for my site.

By the way, the audio on the fandub is pretty bad. Picture quality is not great either, but it’s ok.

But only half of it is a comedy. The other half is a typical carnimeo actioner and very similar to the Sartana films. The problem is that both halves don’t match.

Well, yes, the comedy parts destroy the film.
I give it also with some sympathy for Garko and Carnimeo only a 5/10

Thats how I felt the first time, I scored it even less. Now i’d put it in Garko’s top 5.

Got this version recently 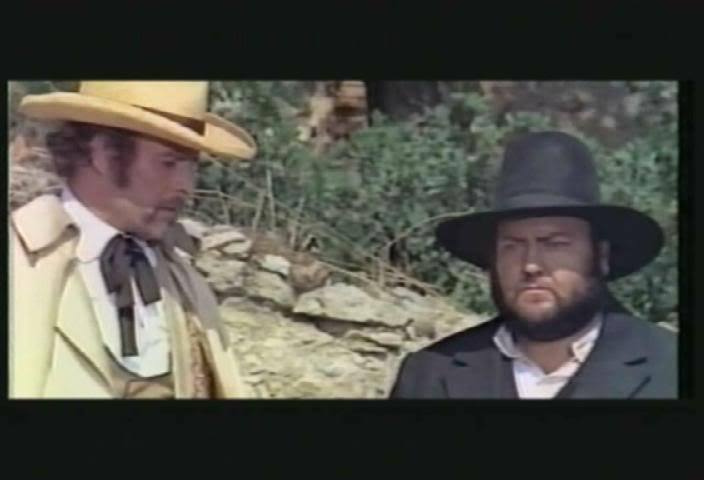 Much nicer than this one 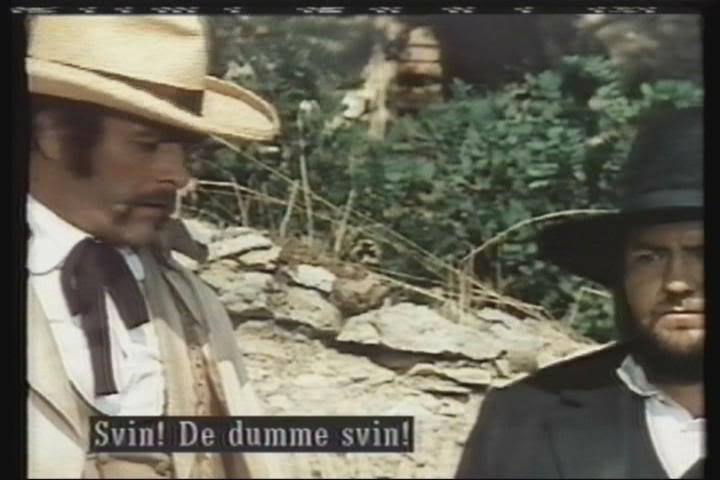 I don´t think I will ever find it funny. I watched an Italian tv rip, fandubbed.

The sound quality is very poor on this one

Has a better version emerged yet?

Fandub of the Spanish disc in 2.35 which is cut at the beginning of the film by 8 minutes so for this section the fandubbed T.V print is used.

Same crappy audio for the whole disc though?

Sounds a bit better re less hiss, but when I get alot of hiss on fandubs I just turn the treble down on my amp.

This one isn’t bad, I certainly prefer it to Testa t’ammazzo, croce… sei morto… Mi chiamano Alleluja. The cast is pretty interesting, and I especially liked the rather irreverent “Last Supper” scene. Without the long, avoidable sequence in the Trinity style Uomo avvisato mezzo ammazzato… parola di Spirito Santo would have been more or less comparable to the Sartana films.
All things considered an average SW in the best sense of the word: 3/5

Weird spaghetti, this one

Like others have previously noted, a blend of violence and goofy comedy

The action and gunplay scenes are nicely done, and some of the comedy is even funny.

One scene where the Holy Ghost throws a bundle of dynamite at a wagon of baddies and then draws his gun/shoots it to explosion was a uniquely great action moment.

Too much overlong slapstick going on throughout the film for me though, with the extended fighting scenes and whatnot.

Still not bad, and certainly enjoyable.

And this film is very bad in the comedy department. I didn´t laugh even once.

The Trojan Horse joke is certainly funny but difficult to translate:
Troia = Troy
troia = female pig and by extension whore
Which explains why Spirito Santo clears his throat before saying “cavallo di Troia” and taking in the whores.

This film is completely insane, which is why I enjoyed it a lot.

Can’t say I was blown away by it, but it has its moments
A Zapata in the style of Sartana seasoned with lots of Trinity

From Database Review:
(1) The dove is the symbol of the Holy Ghost and according to Garko (in a 1971 interview in Domenica del Corriere) the name ‚Holy Ghost’ only referred to the dove, not the man (who is called 'Harold’ throughout the movie)

That was the original intention, but in the released movie - I’m talking about the Italian version - Garko’s character is called Spirito Santo, sometimes abbreviated to Santo and never Harold (not a good adaptation for the English dub in my opinion).

I’ll check things tomorrow. Thought I had this info from Giusti’s book, but I might have jumped to conclusions