Fritz Lang, one of the most famous German directors, made numerous classics like in Germany M and Metropolis and later in America, the Noirs The Big Heat and Scarlet Street. What do you think of him? 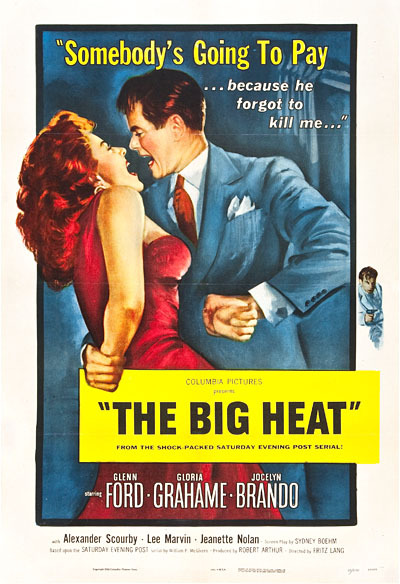 Nice poster of Metropolis you got there!

Nice poster of Metropolis you got there!

Yes, it is one of my favorite film posters. I really like the Art-Deco thing going on in it.

What would you say your favorite Fritz Lang period was? The German films or his American era? Of course, his movies made in the USA appear much more on TV here in Britain, but I must admit a film like M is a much more powerful picture than say, Beyond a Reasonable Doubt, both of which ask for change.

I like Lang. A fascinating character (have you read Patrick McGilligan’s eye-opening biography of Lang, John?) and a director who displayed flashes of absolute brilliance at times.

I don’t think anything compares to his early German films - M, the Mabuse films, Metropolis of course - but several of his American movies achieve a very high standard, too.

A few of his noirs are among the finest of all - The Big Heat, his Edward G. Robinson vehicles - though a number of them are also quite plodding. The idea behind …Reasonable Doubt is fine, but it contains too many ridiculous twists for its own good. From that late period, I prefer the similar While the City Sleeps.

Yes, his German films were of a very high standard, and only a few, like The Big Heat and Scarlet Street reached that height. I haven’t seen While the City Sleeps, but I loved the twist in Beyond a Reasonable Doubt; I really did not see it coming.

Not a big fan, The Big Heat was my favourite from the three or four I’ve seen, I want to see The Woman in the Window soon though.

Has anyone seen his last silent, The Woman in the Moon, as I’d really like to see it.

I have seen it long ago. Not very interesting. In fact I don’t remember much.