I read the reviews posted in the DB and it sounded all positive.

Anyone know if the extra features are English friendly on these discs?

And finally I am wondering if this is a limited release?

Translated text regarding blu rays from the DB review (just figured I’d go ahead and post here since I had them translated already):

The Mercenary:
Koch Media presents the film for the first time on Blu-ray in a very good and sharp image quality, which has a considerable increase to DVD. Here and there, the film grain was indeed recognized at DNR filters, however, remained largely untouched, which the picture brings a nice cinematic look. As a bonus there is a 45 minute featurette on the film, a location comparison between then and now, as well as the obligatory trailer in German and Italian on the disc.

Man, Pride & Vengeance:
Koch Media presents the film also first in the world in HD on Blu-ray in crisp sharp image quality that even comes still a lot better than “Il Mercenary”. The colors appear natural and powerful, and also on DNR filtering has been omitted probably mostly. Highlight of this disc is likely to be the first published uncut version of the film, which is based on the Italian original version and the total run length of the film, while in the West German version about 10 minutes were cut. The West German cut version but can also be selected on the Blu-ray. In addition, the Mandatory trailer and an extensive picture gallery are on the disc.

Cry Onion:
Koch Media presents the film for the first time on Blu-ray in crisp sharp image quality. Although “Cipolla Colt” is the rarest film of the box, it has by far the best picture quality. The disc offers consistently very good sharpness and incredibly colorful and beautiful Technicolor color reproduction. As bonus material, there is an interesting audio commentary by the director, the trailer in various languages, an extensive photo gallery and either the German or Italian theatrical version of the main movie on the Blu-ray. 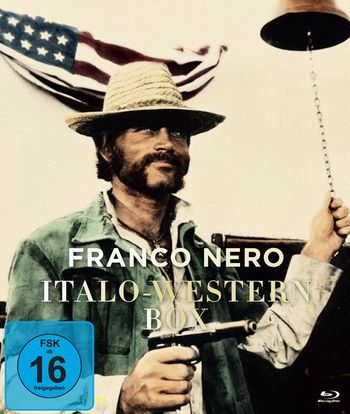 I received the Koch Franco Nero BR Box and the DVD Box, but for the instant, only seen the CIPOLLA COLT DVD, with a german audio only : terrific uncut print (wonderfull colours), (the italian and spanish DVD are not good). Audio commentary in english by Enzo G. Castellari.

I confirm what JO wrote about "Cipolla Colt". Both "The Mercenary" and "Man: His Pride and Vengeance" are presented in Italian, English and German, with optional German subtitles.

“The Mercenary” disk seems identical to the previous Koch Media release (bonuses, etc.). The “Man” disk features an interview with Franco Nero which I think I’ve seen before (the one in the billiard room), in Italian with forced German subs. The “Cipolla Colt” disks features an interview with Enzo Castellari (didn’t check the language) and an audio commentary by same (in English).
B.

Hmmm, a shame about Cry Onion and no English dubs or subs, even if it isn’t the greatest spaghetti. Although the English audio commentary would maybe be kind of interesting…

I already have the Koch dvd for Mercenary but looks like it is a good upgrade, and I do like Man Pride & Vengeance

Oh and Cry Onion will get a standalone Blu in 11th September: 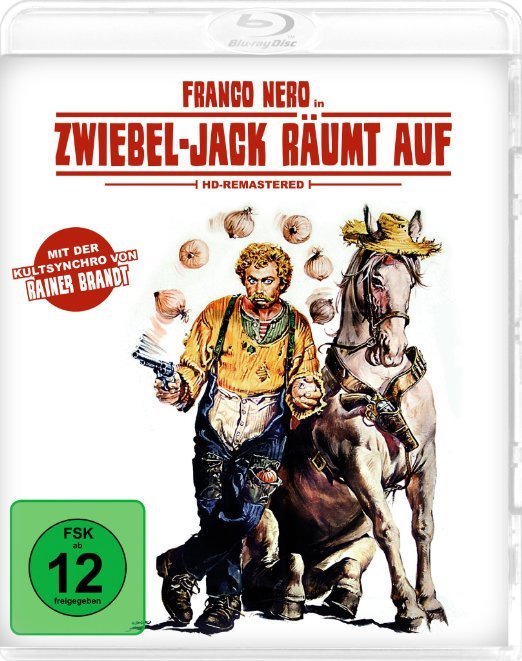 Which is good so nobody has to suffer the other two films when all they want is Cry Onion. 8) (Don’t know if the other two will be released separately as well… no pre-orders at the moment and the Cry Onion disc was listed at least a month ago if not more)

Obviously the only reasonable decision on the part of Koch would be to release Cry Onion individually… I mean the only way they are going to sell any copies of those other two is to package with the obvious must-own-spaghetti-classic, Cipolla Colt

hey Sundance, is your Mercenary screenshot from the previous Koch ‘remastered’ dvd that came in slipcase? Not sure if they had one before that

I won’t buy this box, despite including one of my favourite Spags (guess which … ), but the other 2 films are forgettable stuff I don’t want to spend money for. Well, actually I don’t want them even as a gift.

And I have of course already the DVD of the one to guess.

I wouldn’t be surprised either if Koch eventually releases The Mercenary on an individual Blu-ray; after all, it is by “the other Sergio” and ought to be viable financially.

If they didn’t release at least Mercenary alone, that would be a major dick move on the part of Koch

I am sure they will eventually…