Just got back from my three week trip to Spain and thought you guys might be interested in some of the shots I took around Fraga, in Northern Aragon. A whole bunch of films were shot in this area although it doesn’t get nearly as much attention as Almeria. Probably because it tended to be used in some of the lower budget Spanish co produced films.

Either way, having spent a day driving around the region I can honestly say it is magnificent. Really beautiful stuff and, as I think some of my phots show, a perfect stand in for the American west in some spots.

I’ll post a little more about the area and some of the films shot here later but, for now, here’s the link to my Flickr site so you can see what I mean. 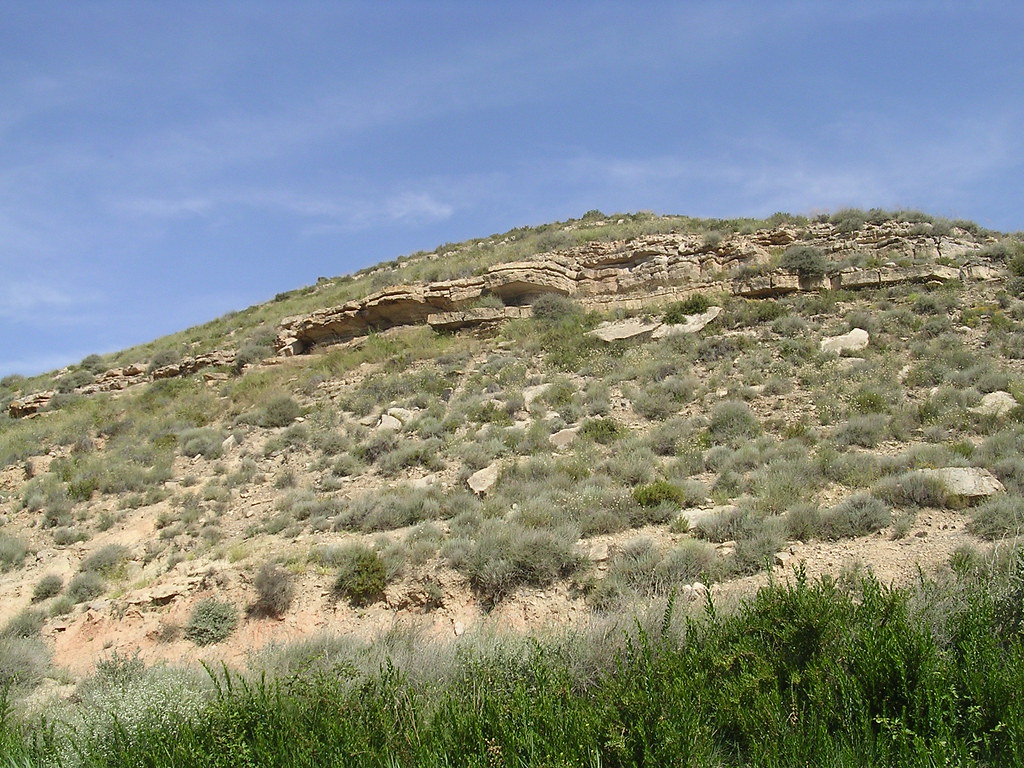 Looks really nice. Can’t say I recognized anything though.

Looks really nice. Can’t say I recognized anything though.

Ermita de San Salvador appears in Return of Ringo for one. And I’m pretty sure the opening shots of that film were also done around the Llano de las Menorcas. Why Go On Killing? was definitely shot around Seros too. In general though, just look at the layered rock formations and peaks and you’ll see them in a bunch of films.

I’ll try and put some screen shots together later but in the mean time, Garringo’s site gives some examples here:

While watching The Texican this afternoon I spotted a rock that I saw on my recent visit to Spain. Not sure if the screenshot makes it obvious enough but it’s a pretty unmistakeable rock when you see it on the road between Fraga and Seros.