Is there already a topic for this one if so please merge, cause I couldn’t find it

Yap not a good one, but somehow I found it watchable, it seems like one of those series for kids, or at least a pilot for such kind of series, the beginning really looked like a TV series intro.
Anyway one the worst but not the worst sag I’ve seen. I really never liked circus even when I was a kid, but ti seems to work in spags, the circus performers are in a way the equivalent of cowboys, like cowboys they are also always one the move, traveling without cattle but wearing tights.
Just one of those films directed by an experience director who did almost everything in the Italian cinema industry. So its bad, but well made bad. Having in his credits a film called Escape from Galaxy 3, not for everyone.

I managed to work myself through this movie. Well, it’s not good, but the stunts are acrobatic and the shirts are among the most colorful you’ll ever see, at least in a spaghetti western: 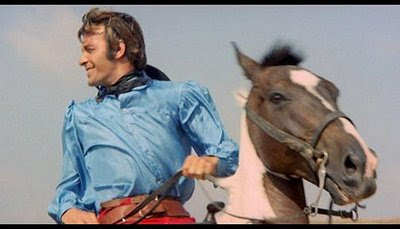 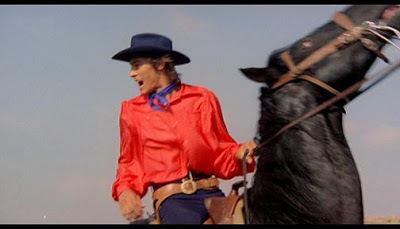 From Database Review
this was at least the third movie with Ave Maria in its title after Giuseppe Collizzi’s I Quattro dell’Ave Maria (Ace High) and Ferdinando Baldi’s Il Pistolero dell’Ave Maria (The Forgotten Pistolero). Baldi’s movie is about an amnesiac avenger and the tolling of the bells for the Ave Maria bring back fragmented memories of the fatal night on which his father was killed. I haven’t been able to discover the story behind the Ave Maria in the title of this movie.

From my post of December 2014 on Chuck Mool thread:
In some way the title The Unholy Four seems in opposition to The Four of the Hail Mary, even though in Colizzi’s 2nd SW the title refers to sunset accompanied by the ringing of the Angelus bell and not directly to the prayer.

With regard to the 97min runtime reported on the Database, my information is 90 minutes.

The version I watched (French, You Tube) was only 85 minutes, no trace of bells or prayers

The corresponding dialog is around 52:30 (the French dub in that point seems to me a bit weird). 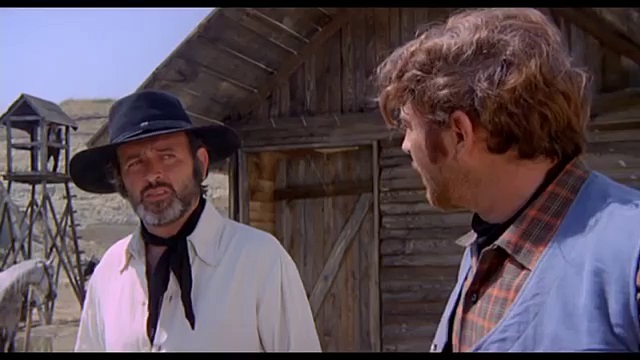