Which is your favorite? What do you think about this “trilogy”? (I’m not sure if it can be called trilogy. They made three films together which are quite similar in style but they don’t have any connections in their story).

I’ve actually enjoyed all three movies. Can’t say that I have seen a single spaghetti western featuring Giuliano Gemma which I didn’t like.

Hence it makes a selection between the three above that much harder. That said One Silver Dollar is probably marginally better than the other two and Fort Yuma Gold is just that much sharper than Wanted.

So One Silver Dollar for me

Will have to rewatch all three movies though. One Silver Dollar I haven’t seen in a couple of years. Would be damn nice to watch them back to back as a ‘trilogy’ but don’t think I can find that much cohesive time.

I like all three, but ONE SILVER DOLLAR is a special favourite
It was one of the very first SWs I ever saw
I saw it in a Dutch cinema, I guess in '69 or '70
I bought the Italian DVD a few years ago in Rome, but it was a defective disc, so I could only watch it partially
I ordered a new copy at Cine City this morning, along with the new CALIFORNIA release

Some people think Ferroni is too ‘American’ in his approach
Well, it’s no wonder if you know he was born in 1908, so a lot earlier than most SW directors
He had grown up with Hollywood westerns and had a long career in making Italian B-movies
He already made a (comedy) western in 1943, that was rather succesful, called Il fanciullo del West

There was no mass production, but occasionally westerns were made in the forties and fifties in Italy
I’ll write a bit more about Ferroni and these very early western films when I have a bit more time (probably my first contribution to the HISTORY OF section)

Haven’t seen One silver dollar yet, but I prefer Wanted over Fort Yuma Gold. It felt a little grittier and it has more action in it.

all three are boring :-[

The supposed Giorgio Ferroni here is Umberto Raho in Night of the Devils (1972).

In addition to Ferroni and Gemma the three films have in common Nello Pazzafini and Benito Stefanelli, composer Gianni Ferrio and film editor Antonietta Zita.

Stefanelli, just like ‎on many other occasions (for example Once Upon a Time in the West, Day of Anger, Cemetery Without Crosses and Kill the Wicked!), is also credited as fight arranger and stunt coordinator on Fort Yuma Gold and Wanted.

Un dollaro bucato was written by the “Two Giorgios” Ferroni & Stegani (also assistant director), the 2nd had no less than six credited writers while Wanted had two scriptwriters and three screenwriters including Fernando Di Leo.

One Silver Dollar was fourth in 1965 Italian Box Office, obviously behind For a Few Dollars More but outperforming both Ringo films.

Fort Yuma Gold was ninth in 1966, behind The Good, The Bad and The Ugly but preceding Arizona Colt and Django, the latter penalized by the VM18 rating (until June '72, when a 2nd release was rated VM14).

Although in my opinion lesser, also Wanted was 26th among most successful SWs in Italy.

The American title Blood for a Silver Dollar contradicts the story, while for the 2nd film Fort Yuma Gold is not spaghettiesque at all but certainly more pertinent than the Leone-derived original For a Few Extra Dollars.

The supposed Giorgio Ferroni here is Umberto Raho in Night of the Devils (1972).

The wrong photo is also present in the Italian Database. 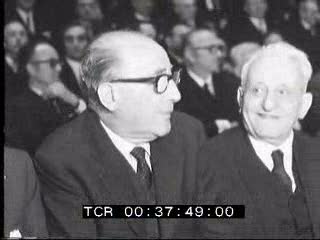 Thanks for posting. Good to finally put a face to the name.