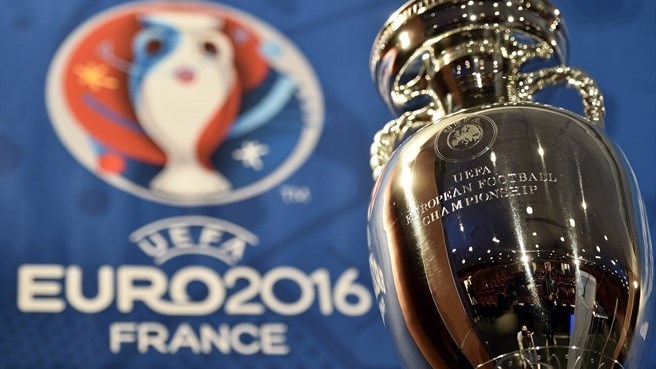 We have a tradition of discussing the matches of great football tournaments as if they were spaghetti westerns, so let’s honour that tradition by creating a special topic for EURO 2016, which starts tonight with the opening matcch in the Stade de France:

I have Giroud in my Euro 2016 Fantasy Football team so I will predict a 3-0 win for the French with a hat trick from Giroud. This will make up in some way for the inevitable penalty shoot out elimination of England later on in the tournament.

Not a bad opening match, second half was very attractive.
And what a goal by Payet!

Hard to say anything about the real strength of this French team. They worked very nervous in the fist half, were a lot better after the break and have a couple of very good players (Payet, Drogba, Giroud), but as a team also a few shortcomings. The main problem for this team seems to me the lack of good build-up from behind. The central defenders are 100% defenders, and Evra is over his peak, if you ask me. That penalty foul was very stupid.

No easy teams or free games, Romenia made things hard for France, great goal from Payet, the man of the match.

France has a very strong midfield, maybe the best of the Euro, and midfields in today’s football wins the games, but even so they need to score, and I was expecting a bit more from the Frech forwards. I wonder if they will miss Benzema he’s great opening spaces for others and even scores
Also I have to say this, because it irritates me a lot, I know its all marketing these days, but why all those boots have more colours than a rainbow, what ever happened to those good old black white boots. I went to see Portugal last game against Estonia and our goalkeeper even had each boot with a different colour

I still remembre the day I hád my first adidas, hell it was like a dream just a few kids had those, I only used in games not in training

THESE ARE SOME F*****G REAL MEN FOOTBALL SHOES

I know what you mean about boots. Pink and yellow seems to be very popular these days!

. France should do fairly well playing at home, not sure if they have the defence to go all the way, but Lloris might save them. Benzema hasn’t always produced the goods in big tournaments for France so they might be ok without him. I thought Lacazette would have been a good addition to the squad but he’s been left out. Thought Payet was excellent last night and West Ham might have a few enquiries once the tournament finishes. Great to see the passion he showed and how much it means to him to play for his country - some players should take note.

French win and a Giroud goal is a decent start for my fantasy team which, obviously, is what matters most. Payat being man of the match should come as no surprise here in the UK. Outside of Leicester City’s combined heroics he has been the stand out story of this year’s premier league. I daresay Brother last.caress will appear shortly to remind everyone he is a West Ham player. Let’s see if they can keep him.

daresay Brother last.caress will appear shortly to remind everyone he is a West Ham player. Let’s see if they can keep him.

I won’t be home this afternoon, so I won’t see too much of the games. Hopefully I’ll be back in time to see at least some action of tonight’s game, obviously the matcht of the day :

England did well during the qualification tournament, and I noticed that the bookmakers have them at n°5, after the four inevitable favourites: France, Germany, Spain & (yes) Belgium. They seem to have created at least a positive vibe in relation to this team. Lots of younger players plus Wayne , in what must be his last chance to do something for the England team before he becomes the Mickey Rooney of World football.

My prediction: a 2-1 win for England

England did well during the qualification tournament, and I noticed that the bookmakers have them at n°5, after the four inevitable favourites: France, Germany, Spain & (yes) Belgium.

Only 7th position here (I read different odds in a newspaper, England is 4th here, before Belgium):

On top and riding hard for 90 minutes, ultimately forcing a desperate late shot into the box to bring hostilities to a close just as it looked as though it wasn’t going to happen.

Still, that’s enough about me and the wife this evening, how did the football go?

I daresay Brother last.caress will appear shortly to remind everyone he is a West Ham player. Let’s see if they can keep him.

Ah, I think it’s clear from the unique blend of verve, swagger, style and sex which Monsieur Payet displays on the pitch that he clearly is, and can ONLY be, a West Ham player… or, keeping things Gallic: Un playeur de Jambon L’ouest.

As to keeping him, he signed a five year contract in February of this year and we’re under no pressure to sell the silverware (for a fucking change). And I think he appreciates Slaven Bilic’s dogged pursuit of him across two clubs (Slaven was trying to sign Dimitri for Besiktas prior to landing the gig at the World’s Sexiest Sports Concern). Of course his head might be turned by an overture from one of the real big fish, but I’m afraid they’ll have to part with a dollar value stupefying enough for us to rubber-stamp the deal. For once, we’re holding the cards.

Disgusting scenes of throwback, eighties-style violence from the usual thug elements. I have supported West Ham United - a club with a history of yob culture violence - all my life, and I have never understood why a grown-ass man would want to punch another man (or a woman, or a child) because of f*cking football, or because they’re from different nations. I’m English, you’re Russian (or more traditionally Dutch, or German), let’s try to kick each other’s head in.

Apparently the situation was quite complicated. According to several eye-witnesses, cited in Dutch newspapaers, the riots in the inner cities of Nice and Marseille were instigated not by British football supporters, but by groups of French citizens from North-African descent - most of them from Marseille - who succesfully tried to provoke football supporters. According to a reporter, Willem Vissers, from the newspaper De Volkskrant the riots were very similar to those in 1998, before and after the game England - Tunesia, also played in Marseille. Vissers was in Marseille in 1998, and says those riots were also started by North-African citizens from Marseille. Some will of course accuse him of racism.

Scherp, what do you think how would the actual Netherland team have fared if they had qualified?

I’m reading differing accounts from all over, Scherp. A fair few eye-witness accounts too via a West Ham site I visit. To be fair many concur that in many instances English fans are being set upon by French Ultras, Marseilles fans, Russian Ultras and, as you say, pockets of North Africans or French of North African descent. There appears to be little doubt that the violence in the stadium at the England/Russia match was instigated by Russian yobs; indeed, I just read that the Russian FA are having to explain themselves to UEFA. That’s not going to look too good is it, Russia landing in hot water with their World Cup only two years away.

That said, many accounts (from England fans out there) also claim that the England yob contingent kicked off almost as soon as they got there, goading the police, looking for trouble etc.

I think they would’ve done reasonably well. Their most recent results were a bit better and we seemed to have found the right tactics for this group of players (not a particularly talented group, but strong enough to reach the second round or quarter finals in this tournament. The favorite teams (Spain, Germany, Belgium, France, even England) are stronger though, so I don’t think they would’ve survived until the final stages.

A good win by Croatia over Turkey. Should have been more than 1-0 though. The Turks looked really poor and the Croats should’ve scored at least twice.

A disappointing Poland - Northern Ireland so far (half time). I guess Poland will score a winner in the second half, they are clearly the better team. It’s probably nice for countries like Northern Ireland, Albania, etc. to be present on a large tournament, but they don’t add much to international football, imo. Luckily Wales showed something as a newcomer yesterday. But then again, they have Bale, an abolute top class player. I didn’t see a player like bale in the Turkish, Albanian or Northern-irish team.

Looking forward to the match of the day, tonight at 21 h :

I’m curious to see how strong Germany is at the moment. They were strugling a little during the qualifications, but that might have been a matter of concentration. They knew they would qualify no matter what.
I don’t know much about the Ukrainian team, but somebody who knows Eastern European football well, told me he didn’t expect much from this team, so I predict a rather comfortable win for Germany.

I didn’t think Germany looked especially impressive, and were in fact quite shaky at the back. The Ukraine were every bit as good I thought for the first hour or so before they started to tire and allow Germany to stretch them. That said, the World Champions came away with a 2-0 win, and getting the right results without being at 100% is often an ominous sign for everyone else. Boateng’s goal-line clearance was almost science-fiction in its physics-defying properties.