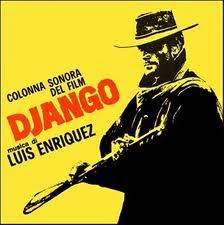 I have seen the original one.
Would like a few recommendations for the rest…

What would you’ll consider the essential Django movies.

I have seen the original one.
Would like a few recommendations for the rest…

What would you’ll consider the essential Django movies.[/quote]

In truth there is only the original. All other films using the name Django are just using the name. There is no connection. The possible exception might be Preparati la Bara! which is a kind of Django prequel but even that link is somewhat tenuous.

That being said, as long as you aren’t expecting any sort of continuity between the titles outside of the use of the name Django there are a number of films well worth seeing that would fall under that category. These would be my favourites:

While these are not too bad either:

Also check out Viva Django!, which is probably the closest you’ll get to the original of all the sequels. There’s also an official sequel called something like “Django Shoots Again” but I aint watched it. I’d suggest you to see if you could find the book Spaghetti Heroes: Django • Sartana • Ringo if you aint got it already. The book is German, so the reviews are in both German and English and a lot of the titles reviewed are only Django films in the German titles.

I am not looking for any continuity… just pure fun & entertainment.

Also check out Viva Django!, which is probably the closest you’ll get to the original of all the sequels.

Just to be clear, this is the film Preparati la Bara! that I mentioned above.
Easy to confuse these Djangos.

[quote=“Phil H, post:5, topic:2522”]Just to be clear, this is the film Preparati la Bara! that I mentioned above.
Easy to confuse these Djangos. ;)[/quote]
Yep ;). I didn’t read clear enough to notice that you mentioned it, gues this is how it must be like to be drunk… at least a little.

I am not looking for any continuity… just pure fun & entertainment.[/quote]

And therefore you can try any other SW, with or without a Django in it.

As Phil said there are too much films using the Django name. Some of the best are more different from Corbucci’s Django than other SWs, which have no Django in title or film, but are closer to the atmosphere of the original.

E.g. Django the Last Killer is only dubbed into Django for the English version, but the dub-Django of this film is so different from Nero that you really wonder why they of all SWs choose this for the misuse of teh name. In the Italian version the character is named Reza, while the Germans made it part of another series and called him Rocco.

But Today It’s Me, Tomorrow It’s You doesn’t contain a Django but the looks of the lead are very close to Django, and it has a lot of the atmosphere.

Thanks, all you guys…

How come no one recommends Django Strikes Again?
Is it really bad?

Alot of people think it is, but I do not. Nero has put on a little bit of weight, and this is no Django. May not be a masterpiece, but still good fun for me.

The trailer reminded me a lot of Commando.

Underrated film. Its actually quite good. Just don’t expect it to be a western (it takes place in the amazon jungle).
Also, don’t expect any storyline continuity connections with the original Django. Its a film you really have to watch as a stand alone film on its own, without trying to constantly compare with the original.

I think out of all the Django films out there, there are four that stand out above the rest and are considered by many to be the “essential” Django movies:

The following two films are great, although I don’t really consider them to be Django films, they were released as Django films in the US market in the past so…

I say it again. Django Kill is not a Django film.
It is just like the Keoma/Django Rides Again only a dub Django. And not even this, even if the title uses the Django name, the name isn’t used in the film itself, the lead remains a nameless one. And there is no mentioning of Django in the Italian title nor in the Italian version.

I have seen Keoma, it’s a personal favourite.

Also seen Django Kill & I do kind of agree with Stanton that it’s not a Django film… Then again none of those movies are.

Yes they are, they have a Django in them.

Like genesis says, none of these films are really Django films, even if they have Django as a character. The only true Django film is Django (1966).

But for the purposes of this discussion, any film that 1. uses a character named Django in one or more of the dubs or 2. Has been released with “Django” in the title in one or more markets, is considered to be Django film, or more appropriately labeled “unofficial Django sequel”.

My favorite non-Django movie that has Django in the title is Django: Unbarmherzig wie die sonne but it is really Sentenza di morte aka Death Sentence with Robin Clarke as Cash the revenge seeking brother.