Critical Perspectives on the Western: From “A Fistful of Dollars” to “Django Unchained” (Lee Broughton, ed.)

“Critical Perspectives on the Western: From a Fistful of Dollars to Django Unchained” is the latest edited volume by Lee Broughton 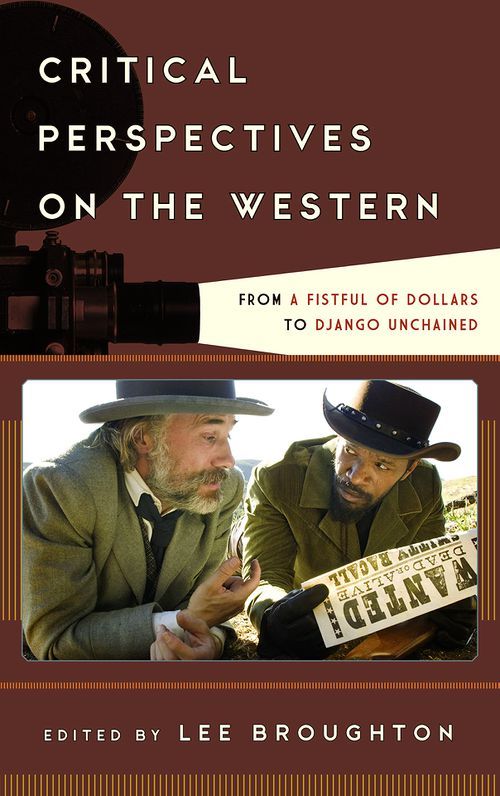 A busy man, Lee Broughton. His second book publication within four months, following The Euro-Western: Reframing Gender, Race and the ‘Other’ in Film. Link to the publisher’s website, Rowman & Littlefield.

Reviewers wanted: who wants to read this asap and write a review for
publication on the SWDb?

Do you think you could get a review copy for the SWDb? It will be published in October – 80 dollars.

Thank you for the code! Great! I just ordered it.

Soon I will read Spaghetti Westerns at the Crossroads. My friend Compañero W., who bought it in May, is almost through with it.

Reviewers wanted: who wants to read this asap and write a review for publication on the SWDb?

need to correct myself, as this will take some time still for it to come out, ignore that for now

Critical Perspectives on the Western: From A Fistful of Dollars to Django Unchained (Lanham: Rowman and Littlefield). Edited by Lee Broughton.

This book is out now.

For decades, the Western film has been considered to be a dying cinematic form, yet filmmakers from Quentin Tarantino to Ethan and Joel Coen have found new ways to reinvigorate the genre. As Westerns continue to be produced for contemporary audiences, scholars have taken a renewed interest in the relevance of this enduring genre. In Critical Perspectives on the Western, Lee Broughton has compiled a wide-ranging collection of essays by international scholars that look at various forms of the genre, on both the large and small screen. The contributors to this volume consider overlooked subgenres, Western stars, celebrities and authors, recent idiosyncratic engagements with the genre, and Westerns produced outside of the USA. These essays also explore issues relating to culture, politics, transnationalism, postcolonialism, race and gender that are found within the films under discussion.

‘Zapata-Spaghetti: reflections on the Italian Western and the Mexican Revolution’ by Christopher Frayling

‘The Fantastic Frontier: Sixguns and Spectacle in the Hybrid Western’ by Cynthia J. Miller and A. Bowdoin Van Riper

‘Gunfight at the Transvaal Highveld: Locating the Boerewors Western in Southern Africa’ by Ivo Ritzer

‘Contemporary obsession with the inexplicable nature of evil as expressed in The Assassination of Jesse James by the Coward, Robert Ford’ by John White

‘A Cop in a Cowboy Hat: Timothy Olyphant, a Postmodern Eastwood in Justified’ by Jenny Barrett

‘Glorious Basterds in Tarantino’s Django Unchained: When the West Crosses the South’ by Anne-Marie Paquet-Deyris

‘Cross-cultural hybridity and the Western: Tears of the Black Tiger’ by Thomas Klein

‘Thawing Out The Frozen Limits’ by Geoff Mann

Amazon US are currently offering Critical Perspectives on the Western: From A Fistful of Dollars to Django Unchained at the knockdown price of $21.06 / £16.44