And no, of all the dozens of his films I’m not looking the best ones but his best parts of dialogue. Sancho has some of the funniest lines in sw’s, always interpreted in his own unique style.

I got the idea for topic when I read this hilarious text from Alex Cox’s book.

From Arizona Colt
"When I began I was a poor peon like you. Before I explain why I saved you, let me tell you how I started. My father had a musical watch. I always wanted to hear that music. He told me, “Gordo, you’ll have this watch when I’m dead.” So five seconds after, it was mine!"

I loved In Pistol for Ringo where he gets caught sneaking accross the border and explains that he wanted to get away from his wife, than he shoots the two men. I forgot exactly what he said but that was one of my favorite scenes from him.

He does have some classics - I’m gonna find some. Great thread!

I already posted this on the favorite quote thread some time ago.

From Turn… I kill you! (after he has shot older man and then his two sons)
“I’m sorry but you wouldn’t have liked to be orphans anyway.”

I remember Judas… ¡toma tus monedas! having some great Sancho lines. Can´t come up with any though, as I don´t have the film anymore.

" Don’t kill me I have to feed fourteen children"

From the Sabata film with George Martin, right?

Yeah, that’s the one.

After killing some settlers in the beginning he finds their two sons trembling in terror. He pulls his six-gun, shoots and kills both young men stating, “You wouldn’t have liked growing up as orphans”.

Sorry I didn’t see Bill San Antonio’s post. There’s also a great quote in ARIZONA COLT where he reads a wanted poster made in the U.S.A. and he’s identified as Gordon Watch. He exclaims, “Damn Gringo’s they are always Anglecising our Spanish names.”

I think it is also in ARIZONA COLT where during a robbery Fernando Sancho tells the people: “Don’t worry. I am only going to kill one more of you. The tallest one!” —BANG— the tallest man falls to the ground—then Sancho says, “And now he is the longest!”!

I think my favorite perfomance of Sancho was in $10.000 Blood Money. I don’t remember the exact lines of the italian audio, but I like it at the end when he provokes Garko to come out and and fight and he tells him something like ‘‘You’ll see now why they call me Stardust’’. Not much of a funny or witty line, but I love the dead-serious and threatening tone which fits perfectly to that particular scene.

It would be really hard for me to pick a favorite Fernando Sancho performance! He is so good in so many films, the two Tessari RINGO films, ARIZONA COLT, $10,000 BLOOD MONEY, and so many more!

I liked him the most in Django spara per primo.

There’s a terrific example of Sancho bluster in the first MacGregor movie, when he’s covering up to his boss, Leo Anchoriz, the face that he and his men were run off by the old folk of the MacGregor clan, saying something like, “We were outnumbered, but we fought like tigers”.

finished watching ‘‘duel in the eclipse’’ last night.
i think that was one of his better deaths of all his films(death in westerns i mean).

But Duel in the Eclipse is one of his roles in which every other actor would have been probably better. He is only doing his Sancho routine, and the film needs someone who could have given this character more depth. 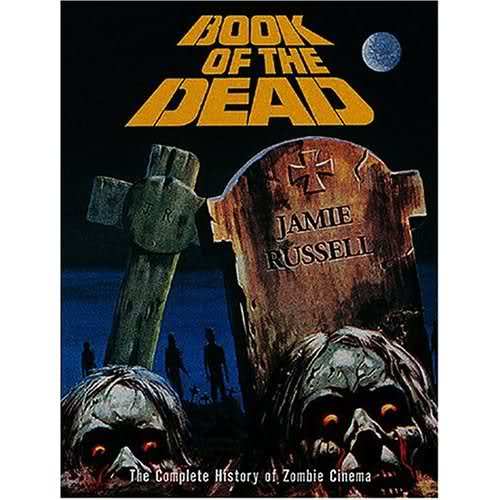 Got this nifty little book for my b-day from I…I… and saw my boy Fernando in here! Being a zombie fan and a Sancho fan I was obviously very excited! Trying to track down this movie ASAP. Here’s the trailer. Looks like a fun little flick. ;D

Got this nifty little book for my b-day from I…I… and saw my boy Fernando in here! Being a zombie fan and a Sancho fan I was obviously very excited! Trying to track down this movie ASAP. Here’s the trailer. Looks like a fun little flick. ;D

I’ve got this book also. Pretty good read. Not a bad film either (the trailer). Shouldn’t be too hard to track down.