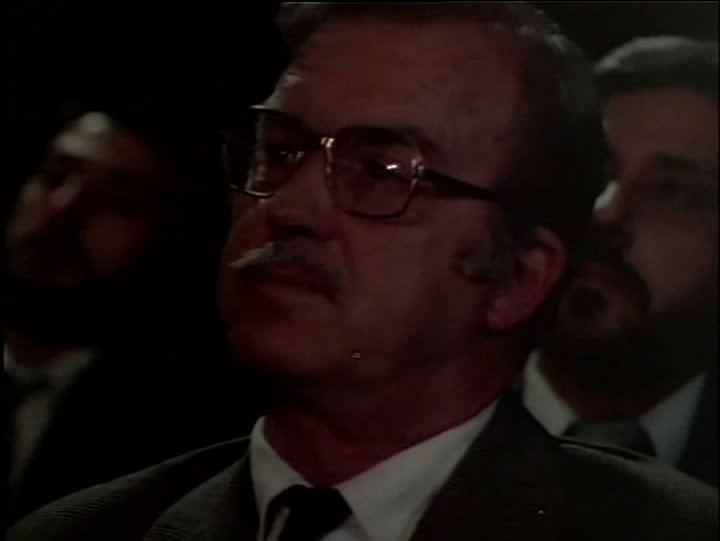 Other than his having appeared in photo-novels, very little appears to be known about this easily recognisable player, a middle-aged mustached gent with heavy hair, long sideburns and (except in westerns) glasses. Only a few films appear to credit him, but he actually appeared anonymously in several more, either as a bit player or a speechless extra. In Barcelona westerns he was invariably or almost invariably a deputy or other lawman. In films with a modern setting, he often played cops. 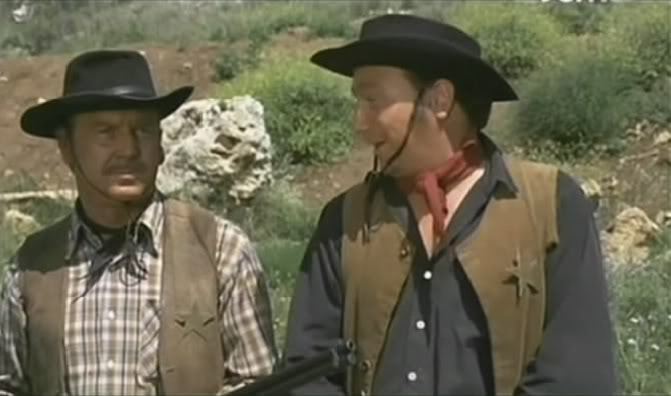 On the left, as a lawman, in Ignacio F. Iquino’s Un colt por cuatro cirios (1971). And in a credited role! Both he and the other actor are dubbed by the same guy (César Ojínaga, who also appears physically in the film). 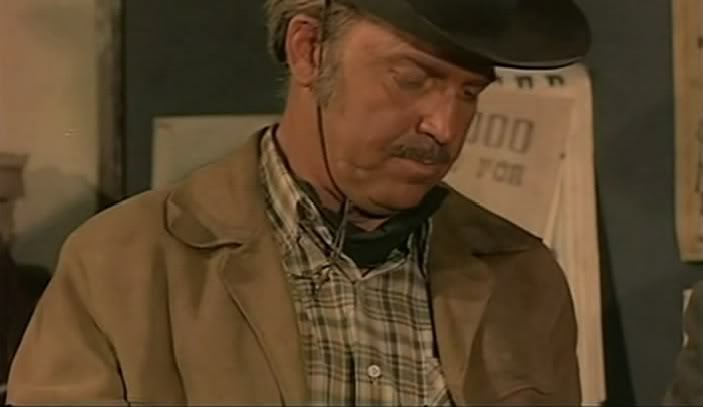 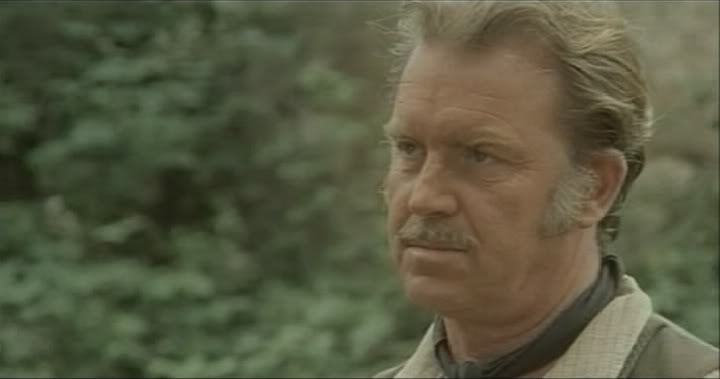 Thanks again for these Nzoog. I love to put a name to these old faces.

Have just come across another appearance of his, in Juan Bosch’s [b]Una bala marcada/b. He’s one of the farmers. Standing behind him is José Castillo Escalona. On the right we can see a bit of Isidro Novellas. 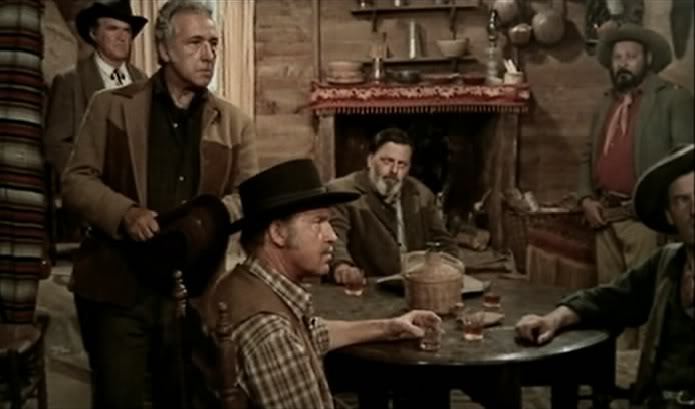