This movie get’s a lot of bad reviews but since I vaguely remembered seeing it on TV once and since it has an attractive cast, I decided to buy the German DVD (4/3 1.85:1 German audio). After watching this I can honestly say that I do not understand why this movie has such a bad reputation. I found it quite entertaining, especially after seeing Eugenio Martin’s extremely boring and ugly looking Pancho Villa movie a while ago. The comedy is not too untrusive and is part of the actual film unlike all those godafwul comic relief characters you see popping up (but never dying) in serious westerns. The music at the beginning made me expect the worst but after a while I realised this suited the feel of the movie. The great sounding rock song that kicked in later also took me by surprise. I hardly found any boring moment in this film and even then you could entertain yourself with spotting familiar faces. Also this movie has good production value, looks nice an has some exotic scenery for a western (river boat). Don’t forget the gorgeous Diana Lorys and Gina Lollobriga :o. Especially Gina has an interesting role as the not to be trusted vixen.

Maybe I like anything with Garko in it (although I never managed to finish watching Drei Schwedinnen in Oberbayern :)) but I suggest giving this movie another chance.

I agree, it’s not the worst spaghetti western you’ll encounter. Even my girlfriend tolerated it

Anyway, I need to get a quality version (if there is one).

Anyway, I need to get a quality version (if there is one).

"Meet the baddest man of Bad Mans River
Yessiree
He’s a rattlesnake in a bowler hat
… a lowdown or’nary river rat
And, my friend he’s …???
He’s bad clean thru’
Take a look at his close set beady eyes
And hear his kingsize …???
And it should come as no surprise -
He’s bad bad news"
Altogether now (chorus) - "He’s bad bad news … "
Just checked the (GMVS Entertainment) dvd that I’ve got. Looks a reasonable print - wide-ish screen/ good colours and sound (couldn’t make out all the words to the cheesy song tho’). The menu is very basic tho’ - no extras at all, no chapters and if you hit the chapter jump button the film jumps back to the start. Still - the best news is that it still bears it’s 99pence sticker. And I still see this kicking around in the bargain bins in market (type) shops for a quid or two ocassionally. Not a bad price for a film I’m not that likely to watch again.

Garko and Van Cleef together, it should have been a winner. What went wrong? It’s not the worst SW ever made, but it comes close.

Bearing in mind that Django Kill has got a ‘15’ certificate now for all that (previously banned) violence - BMR gets a ‘U’(universal-suitable for all). Maybe we just like our spaghettis a bit more ‘bad’ (and more downright mean) than Mr. Cleef’s family-friendly “rattle-snake in a bowler hat”.

this movie has good production value, looks nice an has some exotic scenery: Especially Gina has an interesting I never managed to finish watching. I suggest giving this another chance.

Since you’re from Belgium I won’t say anything about it.

Average actioner, who didn’t manage to rise any interest in me. 3/10

Don’t know what went wrong, all the elements (action, ironic storytelling, acting) don’t fit together.
It was higher budgeted then the usual SW, but looks often cheap nevertheless.

Mr. van Cleef (grinning all the time) has lost most of his charisma
Mr. Garko is wasted in a supporting role (says maybe something about his star status in a bigger production)
Lollo is … don’t know, at least she is there
James Mason is good as ever, but the film gives him no great chance to shine
Fajardo is casted in the usual way (and does what he does to earn a living without wasting any energy)
Aldo Sambrell plays a foolish sidekick, why?

Behind the camera we have Eugenio Martin, Phillip Yordan, Alejandro Ulloa, who all did better in the western genre before.

This film is much, much less than the sum of his names.

Garko and Van Cleef together, it should have been a winner. What went wrong? It’s not the worst SW ever made, but it comes close.

I agree , it ranks in the Top 10 of the worst SW’s ever made , add to the list the equally dire “Pancho Villa” with Telly Savalas, & add Aquasanta Joe & Tedeum to that list too.

I wouldn’t call it worse, but it’s lame.

Pancho Villa was a similar unsatisfying work from the director of The Bounty Killer.

I wouldn’t call it worse, but it’s lame.

Agreed. I’ve not seen this film in a while but remember it being pretty bad in places. The freeze frame moments were annoying and seem excessive at the beginning of the movie. I can live with the music, the rock track was a cool twist and then there’s the Lee Van Cleef love scene with his socks on. A classic moment but wrong at the same time!

Pancho Villa was a similar unsatisfying work from the director of The Bounty Killer.[/quote]

I will have to disagree Stanton, i’ve viewed it at least three times to try and get into it but i found it impossible .

I’ve recently watched this one and must say I really couldn’t get into it. Only a few interesting scenes are presented, the rest is pretty lame. I felt bored most of the time !!!

Picked up a cheapo release with a not so good cover the other day for 50 pence, but at least the film is presented in 2.35 widescreen: 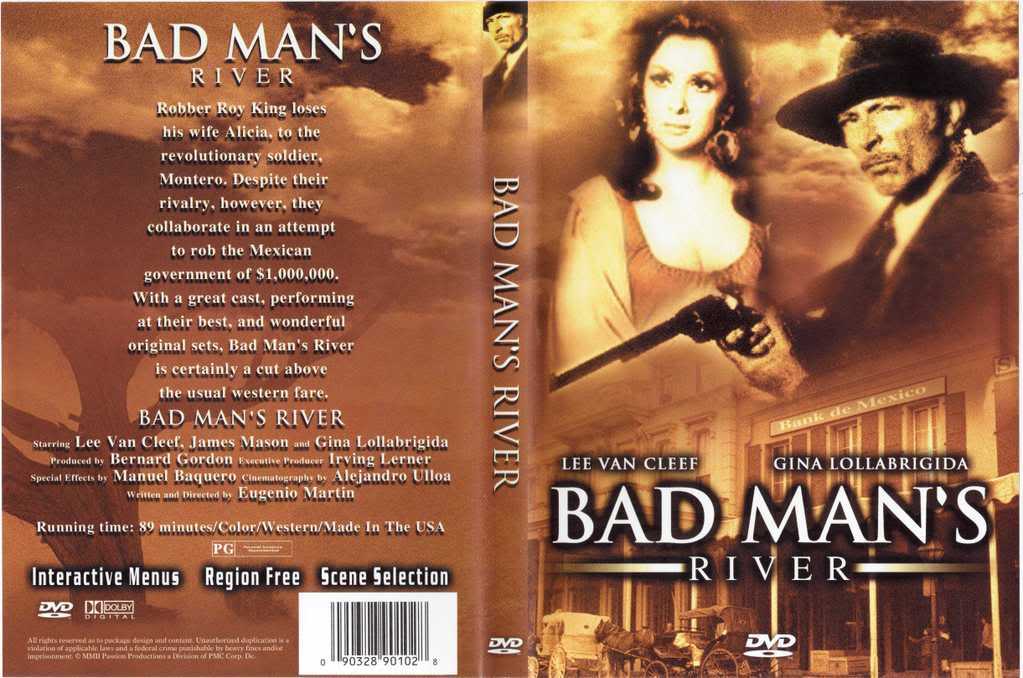 I tried very, very hard to like this movie. There was one great visual gag that made me laugh out loud which was after Gianni Garko had rode his wagon through the desert, hopped off, walked up to his hombres and wiped away a peephole in the dust on his goggles. THAT was funny, mostly because it was Gianni Garko doing it. The rest however was just … gahh. It drove me bonkers, combining two aspects of spaghetti that I appreciate the least: The revolutionary western and the comedy western, with lots of guys running around waving their arms while every time someone falls down you hear a BOING!!! sound effect. It feels forced rather than natural, as if the agenda was “We will concoct a funny western” rather than “We will concoct a great movie.”

A great and obvious counterpoint is Leone’s DUCK YOU SUCKER, which is both hilarious, thought provoking, a great western AND a great movie, all at the same time. I think the basic difference has to do with the approach, with Martino sort of forcing the humor where Leone allowed the absurdity to just develop all on it’s own.

Well, I think that’s the worst SW I’ve seen in my life.

Pure crap, from beginning to end!

Pure crap, from beginning to end!

Yes, Gina was a little over her two peaks

I don’t think it’s the worst SW ever, lots of really bad ones kicking around, I know I fell asleep trying to watch some!

To be fare it’s quite hard to comment objectively on movies if the quality and cut of the print are of an inferior standard. I remember seeing a pan and scan cutdown print of “Death Rides a Horse” 10 or so years ago and thought it was terrible. I didn’t know it was cutdown at the time I just assumed that it was a very poor movie, how wrong I was.

BMR is kicking around in the cheap bins of a lot stores I just wonder if the versions are all the same. Are we all viewing the same cut? This is for me one of the fun aspects of collecting SW’s trying to get my hands on the best quality (Wide-Screen) and longest versions of these potentially great movies. If I have viewed the best source available then I can safely judge the film as it was intended to be seen, until then I can only say that BMR is better than some I have slept through!

That’s true, Firefox ! BMR is certainly not the worst SW but still not a very good one IMO !!! Anyway, there’re a lot of worse SWs out there, just have a look at the ‘Trash-Western’ thread !!!

It is pretty awful though. (And I do have a reasonable widescreen version of it)
However, It’s not the worst I’ve seen by a long shot. I think its biggest problem is that with the people involved it should be so much better. Van Cleef, Garko, Mason, Lollobrigida make for a decent cast. Eugenio was responsible for The Bounty Killer, a great film. So I think I’d categorise it as one of the most disappointing films rather than one of the worst.