Man from the Philippines who speaks virtually no english at all arrives in the west to find his uncle. He gets dropped off at a town who are having trouble with the local bad guys, and a gunfighter called Arizona Kid is hired to clean things up. Things do not go smooth and soon are man from the Philpipines becomes Arizona Kid…in a fashion.

Not sure what the filmmakers were aiming for in this one. The main guy speaks in Philippine language most of the time with a big grin on his face all the time, and this wears a bit thin with a running time approaching two hours. Gordon Mitchell pops up in the second half of the film, which was a welcome delight. Music score is inappropriate as sounds like it is from a 1940’s horror film. One for hardened fans only.[font=times new roman][/font]

That’s what I wrote in last western you watched thread some time ago:

[quote=“Bill san Antonio, post:7269, topic:141”]Carlos: The Arizona Kidhttp://www.spaghetti-western.net/index.php/The_Arizona_Kid
-good candidate for the worst sw of all times. This Italian/Philippines collaboration is probably made mainly for Phillippine audience, the main actor Augusto Pangan is babbling all the time in phillippinese (or whatever the language is called). And if you thought Franco & Ciccio were annoying… geez, after 10 minutes of watching Pangan you’d be ready for Franco & Ciccio marathon. Mamie van Doren sounds like she was dubbed by castrate singer. Furthermore it’s overlong, over 110 minutes.[/quote]

Ennioo and Bill pretty much said it all. At least Mamie looks better than she sounds

We sometimes say, maybe a better looking copy would help, but in this case NOT. Well maybe Mamie’s scenes without sound. 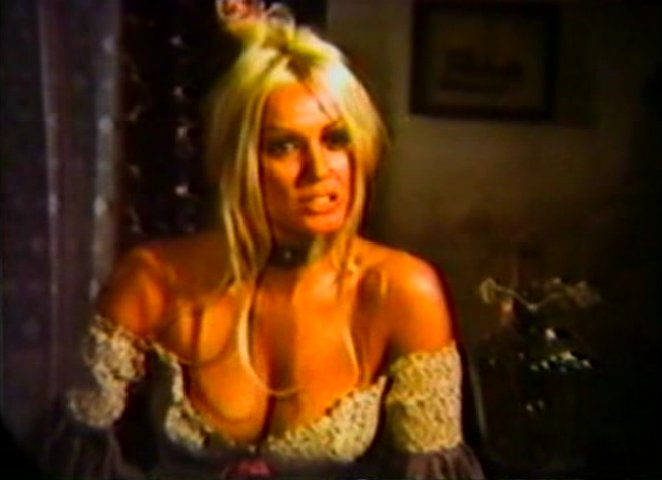