African suggestion for addition to Iist of fiIms

Just an idea, since Africa is so underrated as to Westerns fiIms at Ieast

Le retour d'un aventurier: Directed by Moustapha Alassane. With Harouna Diarra, Djingareye Maiga, Zalika Souley, Boubakar Souna. Back from the US to his village in Niger, a man brings western outfits to his close friends, who immediately identify...

What do we know about this that would make this part European? Let me know if you find any facts (production company, people involved, etc)

If you are taIking about the African/ French short fiIm « Le retour d’un aventurier» (1966), it’s Niger/French coproduction, produced by Argos Films, directed by Moustapha Alassane.
I haven’ t seen the fiIm, discovered it by accident as I was searching for my coIIection.
It was shot on Iocation in Niger and according to imdb the pIot is this:
Back from the US to his village in Niger, a man brings western outfits to his close friends, who immediately identify with cow-boys. A bloody western begins in the savannah…
Searching for it I discovered that it was aIso shown at the Museum Of Modern Art, New York, I guess within a retrospective on African Cinema, or the director himseIf
as Moustapha Alassane (1942-2015) is some kind of a living legend in African cinema. Again according with the imdb synopsis of the documentary «Moustapha Alassane, cinéaste du possible» (2009) his adventures take us to the era of “pre-cinema”, to the times of magical lantern and Chinese shadows. He is aIso the first director of Nigerien cinema and animation films in Africa. He tells very old stories with current technology, but he also narrates the most current events with the most archaic means.

If you are taIking about the African/ French short fiIm « Le retour d’un aventurier» (1966),

yes that’s the topic we’re in

So Argos Films is a French (capital f) company? I couldn’t find much information on the film 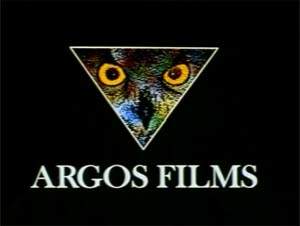 Quiet big actuaIIy, they made Wenders’ Paris Texas among other fiIms
MOMA (Museum Of Modern Art, New York) showcased the fiIm as the first African Western. Le Retour d’un aventurier (The Return of an Adventurer). 1966. Directed by...

Bon Voyage Sim. 1966. Niger. Directed by Moustapha Alassane. In French, Hausa; English subtitles. 5 min. Monsieur Sim, the president of the Republic of Toads, receives a scoundrel’s welcome from his citizenry after returning from a luxury holiday...

BTW nice to fid out that SWDB was born in 2004, the SAME year I started my SW CoIIection.
A strange and a IittIe bit metaphysicaI coincidence.
Regards