Watched this recently and hadn’t heard of it before. A British / American production from the same company that made both Beatles films. Apparently, this was supposed to be their next one as they were all keen to do a western but it never happened and having watched it I can see why. Worth seeing for a young Caroline Munro but little else as it is a comedy western and not of the best. Nice to see some familiar old British faces turn up like John Bluthal, Joe Melia and Derek Nimmo and even Ricardo Montez; best remembered probably as the Spaniard in Mind Your Language. The big stars are Topol and Richard Widmark and I bet the latter hated every minute of it.

A novelty but couldn’t really recommend it.

There was no page for it here but I think it should have one based on its British connection so I’ve made one.

That would’ve been something: All four Beatles in a western, not just Ringo 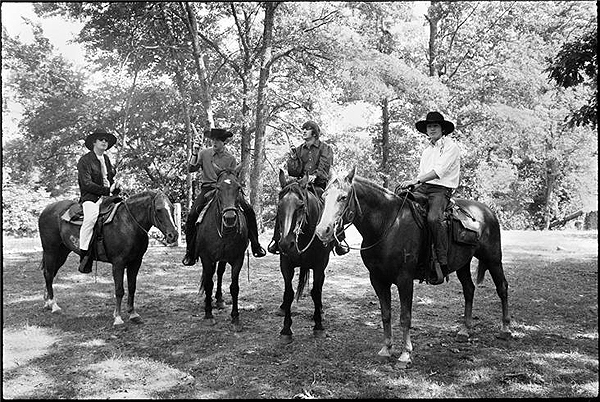 That would’ve been something: All four Beatles in a western, not just Ringo

Yes it would have been!

It seems the original book, and screenplay, was written by Richard Condon who wrote “The Manchurian Candidate” which later became the John Frankenheimer classic.

Talent for Loving was released on at least video under the title Gun Crazy. It also stars Richard Widmark, Cesar Romero and Topol in almost cameo appearances to open the film. I saw the film on TV decades ago when I was looking for these obscure titles before many were released on video and later DVD. The score is Ken Thorne who did Hannie Caulder. It’s not a bad film but more like an English sex romp with more innuendo than sex. Tom Betts

That pretty much sums it up, Tom except Widmark and Topol feature throughout. Romero is certainly more of a cameo. The copy I watched was under the title of Gun Crazy.

The copy I watched was under the title of Gun Crazy.

“Gun Crazy” also happens to be the name of a film noir by Joseph H. Lewis who is best known for his classic noir “The Big Combo”. It has a really great heist scene filmed as one take: