Me too … wasn’t sure of the exact year, until now! Cheers

Hi, Aldo. If you remember, BBC2 had a season of Spaghetti Westerns, every Thursday, in 1979. As a kid, I looked forward to those Thursdays in July/August so much!!!

Funnily enough I was going to say that I remembered it as a Thursday evening, as that was my Mum’s night out with the girls … There’s a good chance we kids wouldn’t have seen this season if she’d been at home those Thursdays. 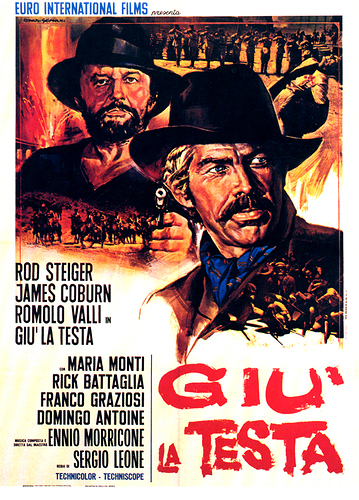 Finally came around to watch my Eureka Blu-Ray of this and it was indeed a very pleasing experience.

Un uomo, un cavallo, una pistola isn’t as bleak and grim (and, to tell the truth, tedious) as Un dollaro tra i denti. It tells its story – yes, the nameless hero against a horde of mean bandits, this time led by a tall dude called En Plein (Dan Vadis) – in a more lighthearted manner, with some hints of humor. I found it more entertaining than the Stranger’s first outing – a bit more entertaining. After all, it took me almost a week to finish it (also due to a total lack of discipline on my part, as I watched all four Craig-Bond films).

As mentioned above, Alex Cox is completely dismissive of the Stranger series. “These films are unique in that they have nothing at all to recommend them” (Cox’s emphasis, p. 131, 2009 edition). A harsh assessment. Kevin Grant, on the other hand, obviously likes them, as he devotes five pages to the quartet. He writes that what they “lack in substance they make up for in irreverence, largely as result of Anthony’s oblique approach to the genre. It’s this quality that makes the Stranger unique among his fellow franchisees” (p. 271). For Howard Hughes, they are “by far the most obvious Fistful derivatives,” and the first one “worked better as a very poor parody of Fistful (p. 14). 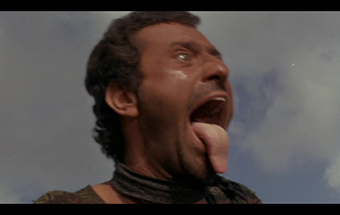 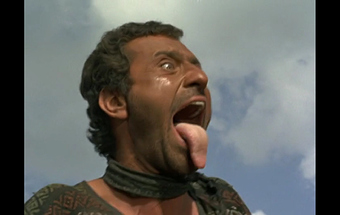 Next: Anthony, Baldassarre and Vanzi team up for the third time in Lo straniero di silenzio. Coming soon to this theater!

I picked the wrong film for a day when the fatigue is kicking in.

Alex Cox is completely dismissive of the Stranger series.

The funny thing is, you know he would jump at the chance to record commentaries for all of them if Kino put them out. That’d be amusing. Mighty.

Day 22
Tonight I’ve watched this black and white early paella western by Ossorio. I was expecting something more traditional so I wasn’t cought unguarded. Of course it’s very different than his horror movies but was a nice ride. 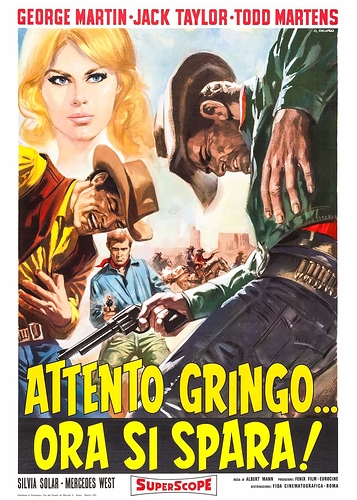 I saw that the eurocrime film Frank and Tony was uploaded to YouTube so I watched it instead of a western. It was pretty nice and it starred lee Van Cleef so I’m not too far off, I was looking all around the internet for it and I finally found it.
This is a pretty nice poster btw 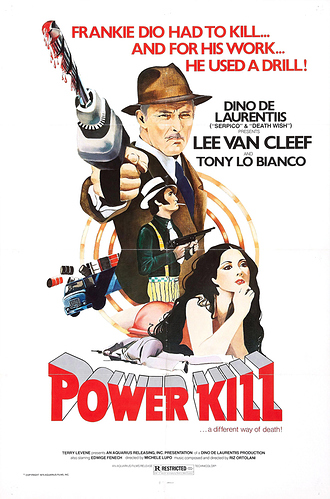 Day 22 and I’m sticking with the Trailer compilations, hopefully I’ll be back Monday or Tuesday with a full feature 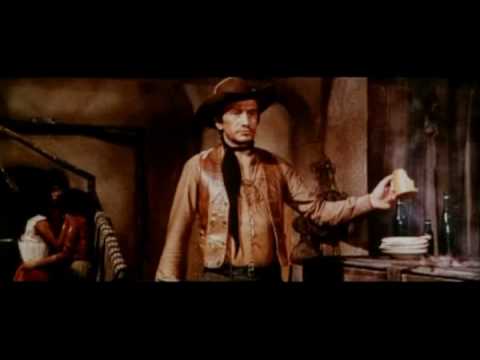 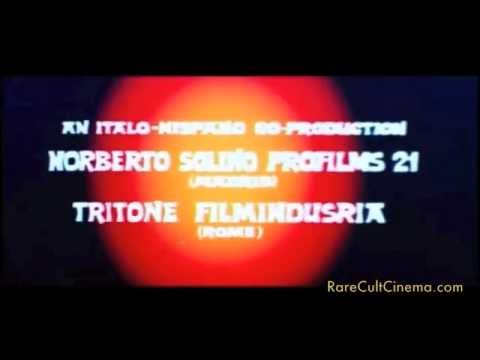 I actually lasted a little longer than last year when burnout started creeping up. I think last year it was day 14 I began feeling the pressure, but this year I lasted until about day 20 when picking a film started becoming harder. I’m slowly building tolerance to the challenge… 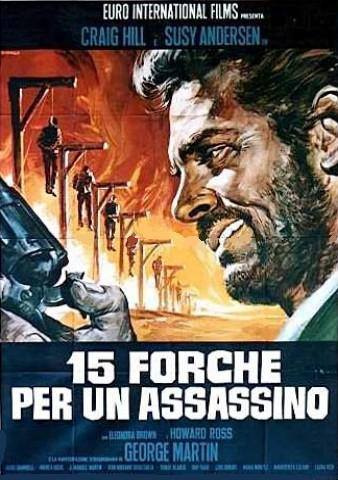 Like so many actors in the genre it can safely be said that Craig Hill’s 60s westerns are infinitely superior to his 70s ones and this is a case in point. Not flawless of course but entertaining from start to finish and everyone at pretty much their best. George Martin is a strong addition and Hill just about carries off the anti-hero lead role.

I hadn’t seen this one in years and it was an enjoyable revisit. 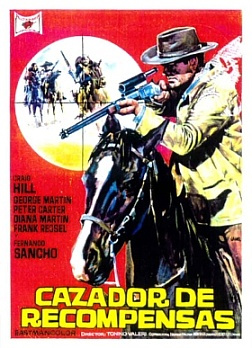 A classic opening credits sequence and a personal favourite score and theme song. It’s amazing how these things at the beginning of a film can just set me up and carry me through an entire film. Also found myself getting increasingly uplifted as the cast showed up one by one. This film doesn’t make my top 20 but on a good day it easily could based on all of the above. Either way it is Hill’s best by a reasonable margin I think.

Also nice to see all those scenes I watched last week in Bury Them Deep appearing in their correct and original place.

Thoroughly enjoyed this one and will probably put the soundtrack album on the turntable later today just to enjoy it all over again. 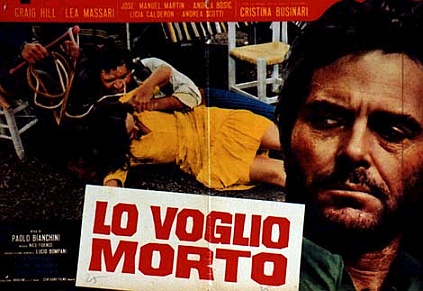 Another one of Craig Hill’s best and a well enjoyed revisit.
Bianchini and cinematographer Ricardo Andreu indulged themselves in a bunch of hyper short focal length shots which are memorable and very satisfying and Fidenco supplies his usual minor key music which complements the whole piece well. A nice villains role for Jose Manuel Martin caps it all off. A very solid effort.

It takes some thinkings to make the sense out of some plot points but this is pretty enjoyable spaghetti that suffers a lot from over-injecting many jokes into the film. Some of them are tiresome, and annoying clownish music didn’t help much either, but all of them are perfectly counterbalanced by stream of very deliciously directed action sequences. After the crucial scene at gold mine, the film get more and more serious and remaining minutes are really great, downbeat ending is perfect too, only wish they make a hardcore western actioner from the start. Anthony Steffen who I saw for the first time with No Room to Die recently is pretty solid, not so much from rest of the cast tho. 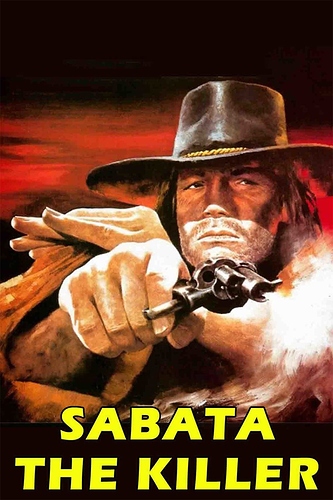 Is this movie also known as Django the Bastard?

I watched Apache Woman (1976) and was impressed by the story and acting by everyone in the cast. It was made to be a sort of Romeo and Juliet story with a US cavalryman and young Apache woman caught between two hostile worlds that will not let them be together. It also does an effective job of showing the prejudice and brutality toward native people. I definitely recommend this one. It’s different than the filone of other spagh westerns of the time. Interestingly, actor Al Cliver, who plays the young US cavalryman, was later in the Lucio Fulci horror movie, Zombi (1980). The film I plan to watch today is Any Gun Can Play (1967) with George Hilton and Gilbert Roland. 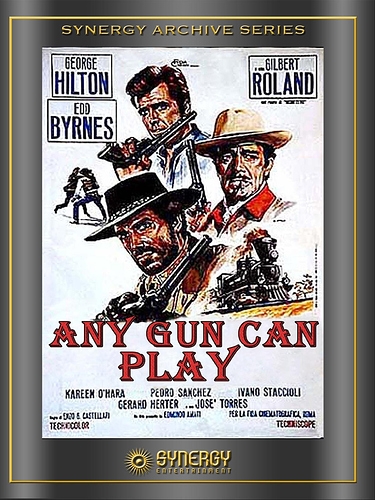