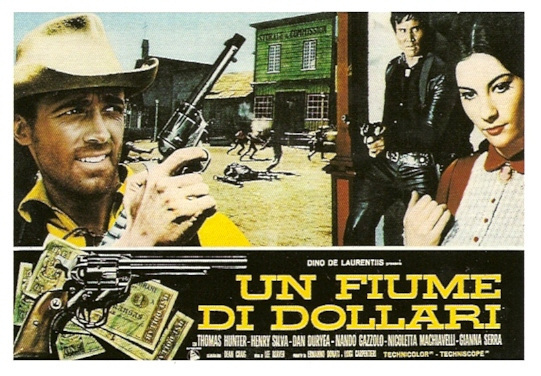 A spaghetti which really doesn’t feel much like one at all. If it weren’t for the presence of the lovely Nicoletta Machiavelli, a couple of background faces and a liitle bit of bloodletting you could easily mistake this film for an American Western of 10 years earlier. Thomas Hunter’s shouty acting still doesn’t work for me although he is fine the rest of the time and of course Henry Silva’s scenery chewing is always enjoyable. Not a top 50 film for me though.

SPAGVEMBERFEST 2016 - A FISTFUL OF REAPPRAISALS: DAY 26

My spag du jour was supposed to be Umberto Lenzi’s A Gun For 100 Graves (1968), a revenge-'em-up starring Peter Lee Lawrence which I remember left me slightly disappointed upon first viewing. Anyway, I couldn’t fit it in anywhere today so I may try to double-bill it with tomorrow’s movie or, if I’m not any more enthusiastic for it than I am now, I might draft in a substitute. 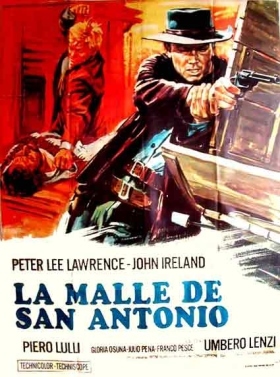 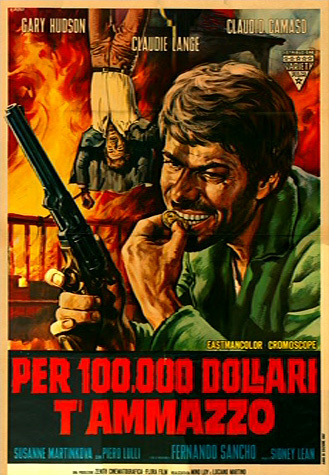 It’s flashbacks a-g-go with this family melodrama tale of feuding brothers against a civil war backdrop. Not as strong as $10,000 for a Massacre which always seems a companion piece to this, probably due to the Garko / Camaso combination but still a fine Spag which includes a great little opening cameo scene featuring Fernando Sancho, a church and 4 coffins. Not Top 20 for me but a good one nonetheless.

Manuel Santana the bandit has become Anthony Burton the banker. What’s the difference, one might ask. Aldo Sambrell plays that evil man with gusto in Uccidi, Django … uccidi per primo! (1971), directed by Sergio Garrone, who also made Una lunga fila di croci and Django il bastardo (both in 1969) and Quel maledetto giorno della resa dei conti, released shortly after UD … upp! in June 1971. 1969 was a good year for Garrone, distinguished member of the Searcho Club, 1971 was not.

Watching UD … upp! isn’t an easy task; it took me three days to make it to the film’s fin. It’s very incoherent, different strands never connect. An old prospector by the name of Thomas Nathaniel Livingston (Silvio Bagolini); Ted (Mario Novelli), a bounty hunter with a blowpipe; the dancer Julie (Diana Lorys), Santana Burton’s (sex) partner; the local doc’s sis Molly (Krista Nell), Santana B.’s subject of desire; Lupe Martínez (George Wang), S. B.’s personal killer and his nemesis; as well as hero Johnny Magee or McGee (Jack Stuart [Giacomo Rossi Stuart]) – they all drift aimlessly through the film, whose Spanish title Tequila seems as arbitrary as its Italian one. There’s neither a character called Tequila nor one named Django in the movie, a “fake-fake-Django,” so to say, and …

… not a single union suit on the clothes line. This can’t be the Real West. 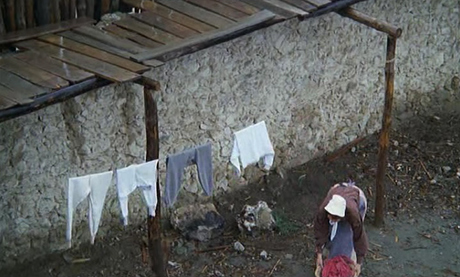 Since last report 8 days ago I have managed only three films.

24. L’odio e il mio Dio Will be in my alternative 20 in December. But how long do we have to wait for the FilmArt release?

Hate is my God will be released by FilmArt on DVD and Bluray in Germany soon ;D

The latter I rewatched only 6 weeks ago. It then made quite a jump upwards in my esteem, so I wanted to give it another look. And it stands its ground. Will be among my alternative 20 next month.

… not a single union suit on the clothes line. This can’t be the Real West.

Still working on my review, not an easy task to write a compehensive review of this movie either. Dear me, what a mess.

no 26. Baldi: Hate Thy Neighbor (1968)
-I bought Koch’s dvd years ago but it was still wrapped on my shelf. George Eastman steals the show in this one as the hero is really bland. Horst Frank is good too. Ok film but nothing special 5/10

no 26. Baldi: Hate Thy Neighbor (1968)
-I bought Koch’s dvd years ago but it was still wrapped on my shelf. George Eastman steals the show in this one as the hero is really bland. Horst Frank is good too. Ok film but nothing special 5/10

We recently agree on a lot films.

Dear me, what a mess.

Indeed. Even its Italian title (opening credits) is a mess: “uccidi Django,” without a comma before “Django,” means “kill Django,” the imperative to kill Django. That could be the intended meaning (as in the film’s French title: Abattez Django le premier, “Kill Django First”), but then the title’s second part, “uccidi per primo,” “kill first,” makes no sense. 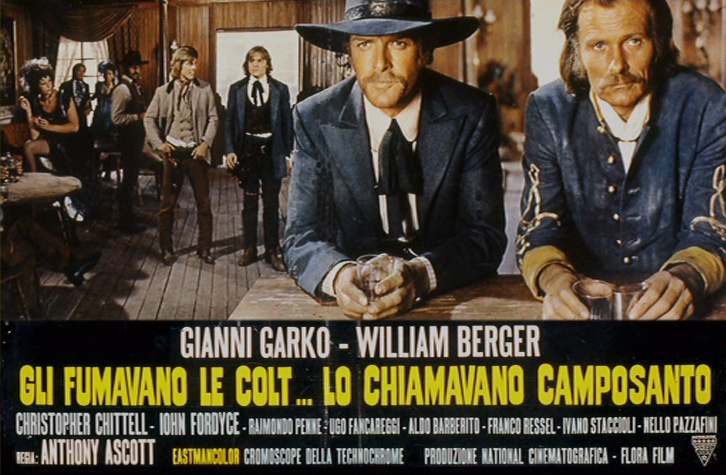 They Call Him Cemetery

One of those few films which gets the balance right between the light-hearted and the gritty. The teaming of Garko and Berger certainly helped as these two seem made for each other and it remains a highly entertaining film. An alternative top 20 film for me in the past but may well have been usurped since I made that list a while ago. We’ll see when I update it which I intend doing, along with my regular Top 20 before Christmas.

Yesterday I watched W Django!, and what a relief it was after Batzella, Fidani, Garrone and Squitieri. Edoardo Mulargia delivers a solid, if predictable revenge Western, starring Anthony Steffen as Django, whose wife once again is murdered, her death triggering the film’s story. W Django reshuffles well-known motifs, situations, constellations and tropes from earlier Spaghetti Westerns in a fairly entertaining way.

According to my self-compiled list, W Django! was the last “fake-Django,” the fourteenth. Unfortunately, as mentioned earlier, there are three more “sotto-Djangos” on JonathanCorbett’s list. In any case, I’ve had my fill of “under-Djangos” and decided to trick and treat myself to one of my secret favorites tonight: Armando Crispino’s John il bastardo (1967). Giddyap, dark horse!

SPAGVEMBERFEST 2016 - A FISTFUL OF REAPPRAISALS: DAY 27

Yesterday, I didn’t do a double-bill so I’ve written A Gun For 100 Graves off for SpagvemberFest; it’s only my second missed movie of the month though so that’s not too bad. What I did watch however was God Forgives… I Don’t! (Colizzi, 1967), a terrific “Sunday” movie and without doubt my favourite Hill/Spencer outing (even though it’s stolen from beneath the pair of them by Frank Wolff in maybe an all-time best performance). 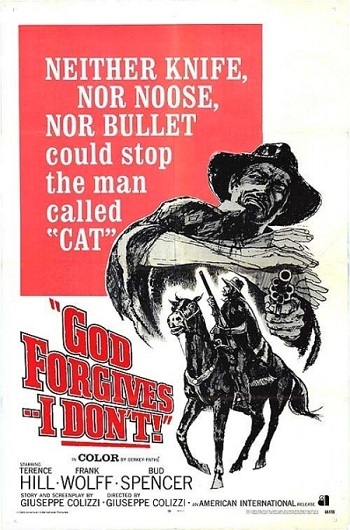 SPAGVEMBERFEST 2016 - A FISTFUL OF REAPPRAISALS: DAY 28

Tonight, immediately following my weekly dose of the increasingly frustrating The Walking Dead, I shall be settling down to the grim ‘n’ grimy Cut Throats Nine (Marchent, 1971). Not strictly a spag of course but, well, bollocks to it. I’ve been fancying a return to this one for ages. 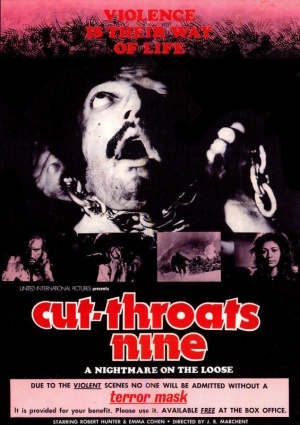 no 27. Fago: Vengeance is Mine (1967)
-Here’s a favorite I haven’t seen for ages. It was even better than I remembered, Camaso and Garko are very good and the film looks awesome. Who ever was responsible for the costumes did a great job, can’t think of any other sw where people wear such a dirty, dusty and sweaty clothes (while contrary during flashbacks everything is clean and fancy). The old sheriff particularly looks like a scarecrow. Another good candidate for my top20 if I’ll be rearranging it some day.

[Album] Imgur: The magic of the Internet 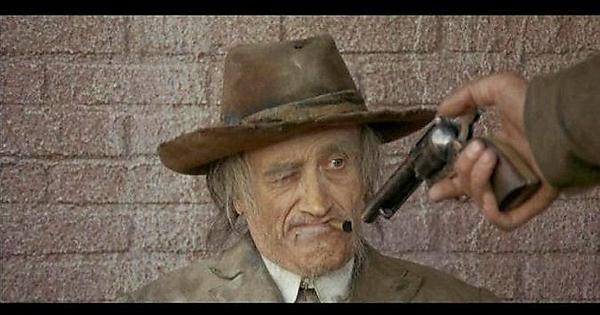 Started this November short of some films in my alternative 20, now I have one (or two) too many. Django il bastardo was planned as one of my last films for November, but it didn’t arrive in time. Instead El Puro uncut dropped into my mailbox the other day. So that will be my last SpagvemberFest film. Never seen it uncut before. 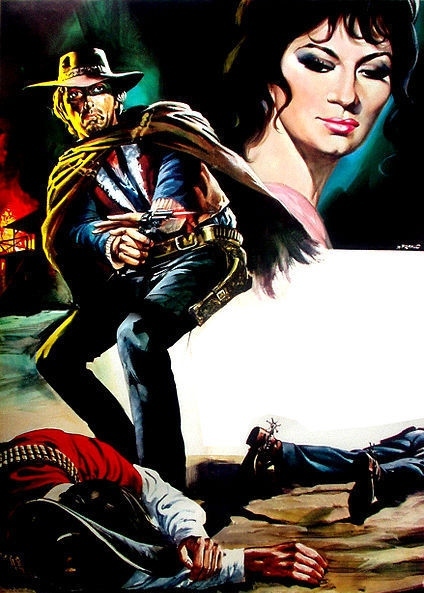 27. Dio perdona … lo no A better film than I remembered.
28. Bandidos Keep on getting better all the time.
29. Johnny Yuma Two good things about this one: Nora Orlandi and Rosalba Neri. Otherwise it doesn’t sit well with me.

no 28. Merino: More Dollars for the MacGregor (1970)
-This was one of the first sw’s I saw after Leone films, didn’t like it at all back then but now I like it quite a lot. Interesting and a bit different kind of a western and one of PLL’s best ones. Better music would have been beneficial, some of the music is too merry. 7/10

This will probably be my last film for the spagvemberfest because tomorrow I’ll be going to see The Maestro.

SPAGVEMBERFEST 2016 - A FISTFUL OF REAPPRAISALS: DAY 29

My penultimate SpagvemberFest movie is another of those I’ve seen but about which I remember practically nothing: It’s Dead Men Ride (Florio, 1971), and all I can remember is not being quite as impressed as I’d hoped I was going to be. Maybe this time. 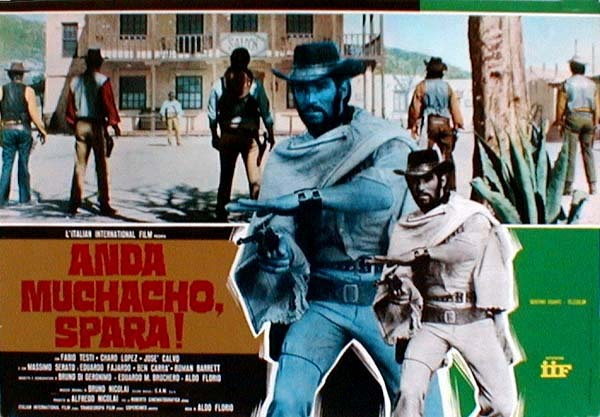 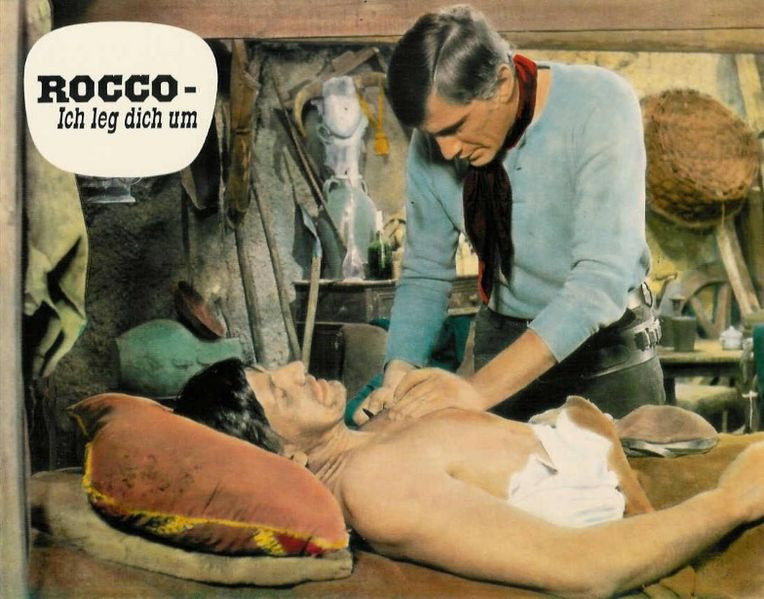 The penultimate film of this year’s Spagvemberfest it’s more Ghidra which of course cannot be a bad thing. Always liked this film despite it’s obvious flaws and this viewing confirmed that status. I like George Eastman despite his being an unfeasibly tall Mexican paisano, I like the gentle the theme music but find the incidental music jarring and clumsy, I like the story but although it has been done to death and could most certainly be fleshed out and developed more here. But what I like without reserve is Ghidra who improves everything whenever he is on screen. So not a classic but still a film I enjoy whenever I see it.

This spagfest has been a genuine joy this year and I haven’t found it difficult to keep up either which is somewhat amazing. My only struggle will be what to choose for tonight’s finale. A couple of contenders but the choice will probably be influenced most heavily by which members of the family are likely to be watching with me. Whipping of semi clad females will need to be kept to an absolute minimum I suspect.

Kill Django, Tequila, or whatever the movie was called God only knows where and when … this must be one of the most chaotic productions in the history of the genre. Hardly any coherence, an American villain who turns out to be a Mexican bandido (in the days when he was wearing a wig) and a Mexican samurai who is played by a China man and is living in a grotto