If anyone has any spaghetti westerns on VHS that they don’t mind parting with, I’m happy to buy them or trade for DVD-rs as long as they play in English.

Well have you been checkin thrift stores swap meets and yardsales?

Yeah. The second hand shops never seem to have anything interesting here. A lot of them also refuse VHS tapes since they think they won’t sell.

The guys I used to buy from at the market told me they don’t bother with VHS anymore. It’s becoming harder to find them. When I do find them, they’re usually mainstream films.

May I ask why you happen to fancy the vhs format?

They’re vintage and nostalgic. They’re not always on DVD, either, and I usually prefer the original artwork on tapes to DVDs.

Very hard to find spaghetti on vhs. EBay is an option.

I have a lot of VHS Spaghettis, but most of them are Spanish tapes, but rare. I also have some eurocrime. If you’re interested, I can put up a list of them once I get home from work.

Great! I’ll get a list sorted out. Here’s a few I can remember for now:

I’ll post some tapes that can go in a few days. Right now I’m on holiday. I have English friendly tapes from Greece, Holland and the U.K.

I have around 1200 spaghetti western tapes in my collection, more as half can go away. led me know what you are looking for.
this is my email: tombeterams (at) gmail.com 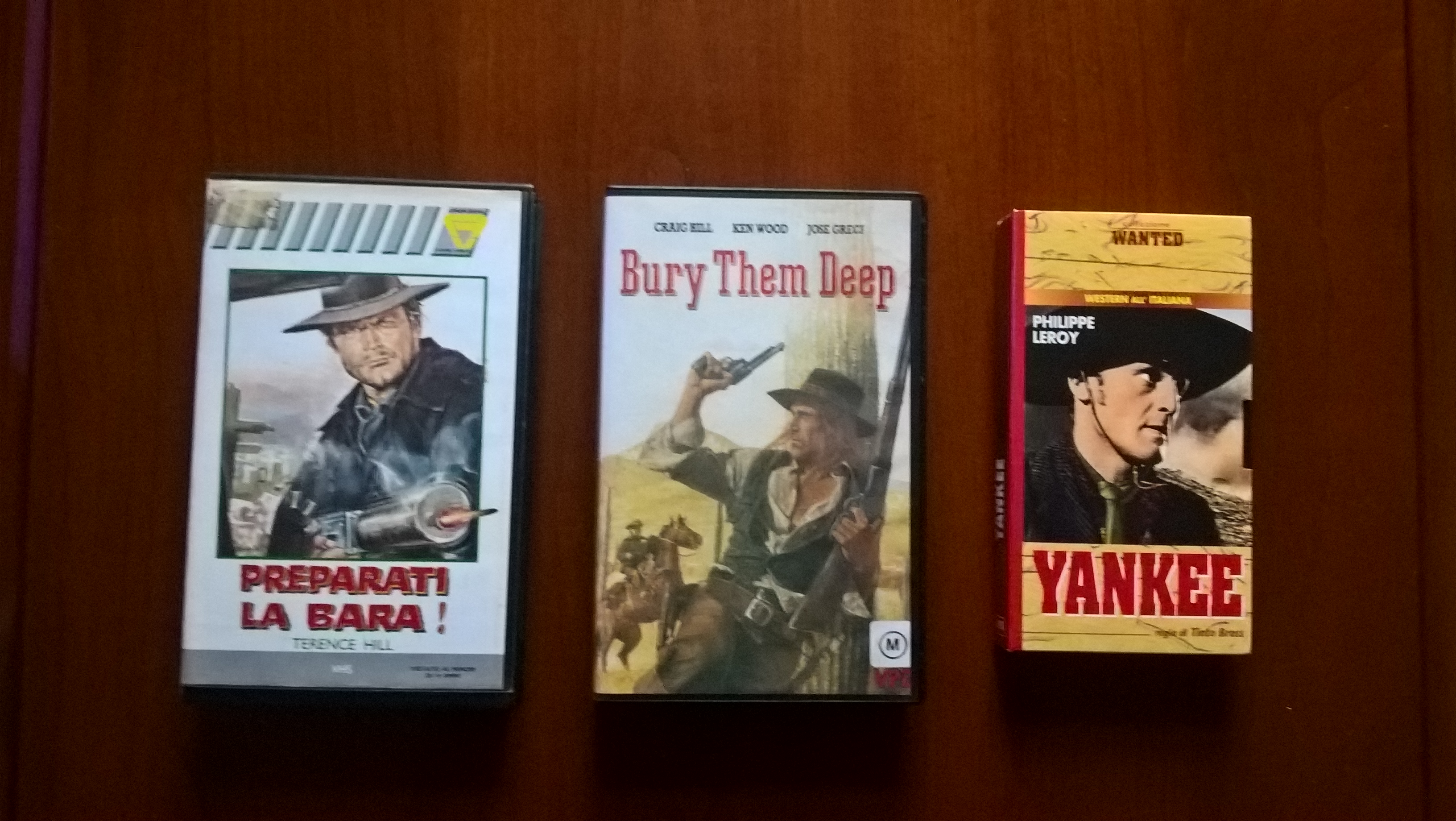