Thanks for your thoughts and the link scherpschutter.

I don’t recall every coming across any articles on any SW films in Cahiers Du Cinema or any of the other critical journals of the era. Were there similar Italian publications? Have you ever read any anlyses written at the time the films were being made?

When the films were being made I was a child
I saw most spaghettis in the 70s (in cinema) and the 80s (on VHS)
I did a post-graduate year in Paris, and some spaghettis (especially Zapatas) were popular among left-wing students, but they weren’t really ‘studied’ back then; Cahiers du Cinema had of course some attention for westerns, but rather for films like Johnny Guitar than for the Leones. My attention was never brought to Frayling in those days (the book was first published in '81, if I’m correct)

In the 90s I wasn’t on speaking terms with the genre; I had a 40+ job and didn’t watch many movies of any kind. I rediscovered cinema, and the genre, when I bought a DVD-player, some six or seven years ago. I went to a DVD-shop the very same day and bought A Fistful of Dollars, among several other westerns. I then started to read (and eventually) write about the genre, and that’s pretty much what I’m still doing today.

I didn’t know how popular the genre was and was a bit surprised to find out that the Italians themselves were still in the process of rediscovering it. I was in Rome in 2004 and thought it wouldn’t be a problem to find the collective works (or at least the westerns) of Sergio Corbucci, but the number of Italian DVDs turned out to be limited. The Italians picked up in the last few years, many spaghettis are available now on DVD, and some good books were published. But there’s still a lot of work to do.

I have just read this article for the first time. I must say I am grateful to scherpschutter for explaining a few things about Marxism in Italy and France in the 1960s in a completely objective and informative way which is refreshing after having read Alex Cox’s book on spaghetti westerns. I think I can appreciate the politics of Zapata Westerns and political westerns like The Big Gundown a lot more now that things are in a bit more perspective for me. I get that it is different in Europe than here in North America. The article wasn’t an exercise in emotionally brow-beating of anti-capitalist anti-Christian rhetoric. When someone like Cox presents an argument in the way he does it tends to be off-putting and annoying at times (and downright disturbing at times as well).

I have also read some of one of Frayling’s books where he discusses politics in spaghetti westerns and found that to be very objective and informing as well. I don’t get this sense, when reading, that I’ll have a gun to my head or an accusation of being racist simply for disagreeing with or not totally siding with Marxist ideology. I understand that Marxism isn’t always the same in every country and is applied differently in different places (not always being totalitarian or dictatorial). I live in Canada, as opposed to the USA, where we have a certain degree of socialism to our government policies and programs. Perhaps I find more enjoyment in Zapata/Spaghetti westerns because I haven’t had it dug into me that they are “commie” films.

I am not a big fan of the American Western, I much prefer the spaghettis. I just always took them as highly entertaining films. It hasn’t been until recently that I read and thought extensively about the politics behind some of them. As one member reminded me, social and political themes are sometimes at the very core of some of these films (and indeed of some of my all-time favourites). There is a lot more depth than merely looking “cool” with ponchos, guns and cigarillos.

Perhaps I am not enough of an intellectual to side with Marxist thinking as the artists and writers in Italy were in those days. But I am beginning to understand more and more as I read books and the articles and forum posts. I almost feel like the lone Gringo in those many Zapata westerns, viewing the revolutionary attitudes with a degree of skepticism but being amazed by people’s devotion to “the cause”.

I don’t get this sense, when reading, that I’ll have a gun to my head or an accusation of being racist simply for disagreeing with or not totally siding with Marxist ideology.

As I was 20 years in 1968 and took active part of the Marxist youth movement at that time existing all over Europe, I have something to say about this, but I better restrict myself to a few comments.

First, as Scherspschutter observes, spaghetti westerns were made in a specific time, in a specific context, in a specific country, the country being Italy, the time the sixties, the context a post-war society with a lot of political turmoil, due to, among other things, the rise of left-wing politics in post-war Italy.

It doesn’t mean that the people that made these films were all Marxists. But some influential contributors were members of the Italian Communist Party, among others, Corbucci, Sollinas and Solima. However, the questions raised by left-wing politics were such that “everybody”, Marxists or not, thought they needed to relate to them. So many films did.

Second, the Zapatas did not only relate to the third world peoples fighting American imperialism, they also commented on the discussion on whether violence is justified as a mean to overthrow what was considered corrupt and illegitimate capitalist governments in the western European countries. You didn’t misread that.

Third, all the essential political spags I have seen, and I should like to add to Scherpschutters list El Bandido Malpelo and also three films closely related to the filone, A Town Called Bastard, The Wind’s Anger and Antonio das Mortes, are basically more or less critical to the prevailing Marxist ideologies of their time, so they didn’t totally side with Marxist ideologies either. Ideologies, by the way, are dangerous stuff.

What some of them did do, more or less, was siding with the anti-imperialist movements of the third world countries and the social criticism of the anti-oppressive forces in the second world countries of that time, and also introducing a different kind of roles for women as compared to the American westerns. In these respects, they were, in my opinion, quite modern films.

However, the questions raised by left-wing politics were such that “everybody”, Marxists or not, thought they needed to relate to them. So many films did.

Yes, I realized and recognized that in reading scherpschutter’s article and Frayling’s book. Also, your post here I find interesting. I am not a Marxist but I also am not an Imperialist. I have a love for these films like Corbucci’s and Sollima’s like you mentioned. I am just trying to understand them better. Thanks for replying.

I also am not an Imperialist

And not a capitalist, if I got it right! However, if you are really interested in the politics of these films, you should consider this one:

I almost feel like the lone Gringo in those many Zapata westerns, viewing the revolutionary attitudes with a degree of skepticism but being amazed by people’s devotion to “the cause”.

You’ll probably end up in Mexico, then. 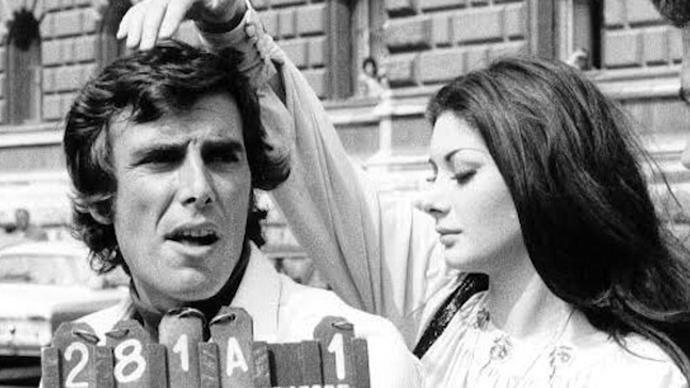 That’s la Morte: Italian Cult Cinema and the Years of Lead (2018) is an 80 minute documentary that considers how horror and cult film cycles came to reflect wider anxieties within 1970s Italy. The documentary utilizes exclusive access to the archives...