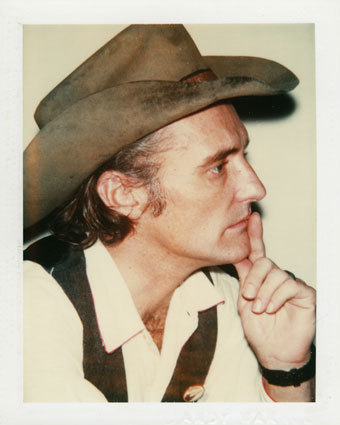 Actor Dennis Hopper has succumbed to his battle with prostate cancer at the age 74. According to TV station KTLA in Los Angeles, the actor died at his Venice, California home early Saturday morning, May 29. He was surrounded by family and friends.

Born Dennis Lee Hopper on May 17, 1936 in Dodge City, Kansas, Hopper is best known for writing, directing and starring in “Easy Rider” and for his roles in “Blue Velvet” and “Hoosiers.” He received Oscar nominations for Best Screenplay for “Easy Rider” and Best Supporting Actor for “Hoosiers.” He was most recently starring in the TV series “Crash” for Starz. Hopper’s last public appearance was when he received his star on the Hollywood Walk of Fame back in March 2010.

Hopper made twenty-three westerns over his 40 year career and among them were two Euro-westerns “Straight to Hell” in 1986 and “Blood Red” in 1988.

Well, he did get much rest in this world, did he?

So rest peacefully in the next one, Dennis

He´ll probably get that bullshit Oscar at the next Academy Awards ceremony.