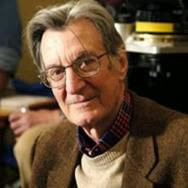 Director Carlo Lizzani committed suicide today October 5, 2013, throwing himself into the void, from the third floor of a building in the center of Rome. Lizzani was 91 years old. The producer, director and author was born in Rome on April 3, 1922. Among his most famous films “Banditi a Milano”, “Fontamara”, “Cronache di poveri amanti”, “Mussolini ultimo atto” for television he directed “Le cinque giornate di Milano” and “Maria Jose”. Carlo directed two Euro-westerns: “The Hills Run Red” and “Kill and Pray” both in 1967.

Not a good week for Italian Cinema.

Hope your quick exit to nirvana worked out, amigo. RIP

Ehh… too many big stars are gone. RIP Mr Lizzani.

Jesus, 91 years old and he jumps off a building. Poor bugger

91 years old and he committed suicide?That was very bad.

Quite a few people get into their 90’s and want to go, could he have been ill?

I think it may something like that Yodlaf. He might of had an illness or was depressed. Such a damn shame either way.

Like both of his westerns for different reasons, so R.I.P from me.

I can’t say I think his SWs are memorable, but it’s indeed a sad week for the italian cinema all the same… RIP