Sabata is in my personal top 10, while Sabata Returns is somewhere in my bottom top 20. I don’t know, it just didn’t work for me, even the opening. Maybe because of the incoherant script, or LVC’s toupee, or the fact that Sabata acts so different in this film.

(Although knowing how many gadgets Sabata has, I like to think that he may have kept another derringer under it) ;D

This is the first spaghetti western I ever really watched. I had seen snippets of the the Leone ones but none from beginning to end. This one, aged about thirteen, I saw straight through. It was so damned odd that I’ve had a soft spot for the movie ever since and couldn’t help watching when it was on the TV last week.

I still think it is odd and it’s not great but it is very well made, which is something you can’t say about a lot of spaghetti westerns. Granted he relys on a few personal tropes such as acrobats and er… one plot but I think Parolini is one of the best SW directors. He approaches the level of the three Sergios for me. This movie looks so good and has such interesting camera angles and shots. Granted it’s all in the service of a spoofy, nothing plot but it still has original elements like the circus, the gold forgery and the Irish villian. Van Cleef just grins his way through it it but he is very watchable, and I’ve never understood the criticsm of Reiner Schone. Sure he is no William Berger but he is perfect in the role!

Maybe it’s dumb but it is also one of the most professionally mounted lookings SWs ever produced! 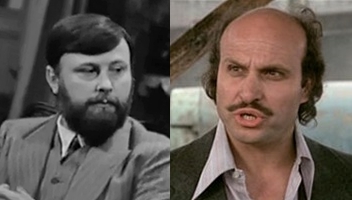 Contrary to what reported on IMDb there is no Mario Brega cameo, unless he appears in the background for ten frames or so. I have not noticed Funari and Severini, listed among uncredited actors.

The circus gunfighter with a gray front tooth is not Mimmo Maggio: this guy also appears in Wanted Sabata (in which he plays a character called Pedro Sanchez!), Kill the Poker Player and Durango Is Coming Pay or Die, in which is part of Manuel Bienvenido’s gang…

Blond Irishman was a misleading description for Vittorio Fanfoni, I changed it in bearded Irishman.

It’s just a hypothesis, but the Alberto Dell’Acqua look-alike who appears in a couple of scenes could be the fifth brother (named Luciano or Franco, for the moment there are two possibilities).

Curiously, the here uncredited actor who plays the 2nd Braddock brother was credited as Alfonso Sarlo in movies (for instance In the Name of the Father, the Son and the Colt) and Nando Sarlo in photonovels.

Master of arms on this one is Giuseppe Mattei, who plays the tallest of the Virginian brothers in the first Sabata movie.

In the English version, the credits erroneously give his name as “Bucaron Gerard.” He played small roles in Bertrand Blier’s Les Valseuses (1974) and in Damiano Damiani’s pseudo-remake Un genio, due compari, un pollo (1975).

Carmelo Reale is the bald henchman, called Chuck in the English dub. 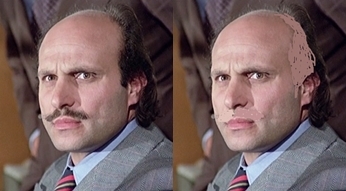 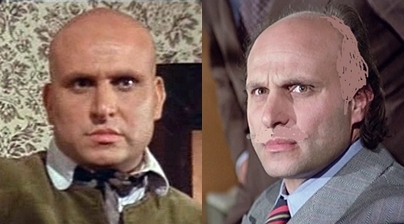 I haven’t watched this film in over ten years and I can understand why. Quite a boring film unfortunately. I love the first movie though.

I found Dante Cona (see Reply #99) shaven in 1972 TV mini series Sorelle Materassi: from memory the gunsmith seems to me the only possibility, what do you think considering that height and build seem to be the same?

Maybe it’s the hair but I just can’t see it. He looks so much younger.

In my opinion it’s not the same actor who plays the inspector.

I found Chiappa in a minor role, so the only possibilities among credited actors are Filippo Antonelli and Arnaldo Mangolini: considering that there’s a painter with the same name born in 1958 and since Arnaldo was credited in the Art Department in a 1976 comedy he could be the young cow herder who saves the Stranger.twice, but for the moment there isn’t a confirmation.

I have finally completed my Sabata chronicles.

And I was kind of pleasently suprised with Return, given its reputation. Opening act is quite faboulous and spiritful, and so is the soundtrack: I love the campy main song and the fuzzy guitar that pierces the whole soundtrack (making it clear that this is 1971, not middle of the 60s when twang was the thing). I also like that they downplayed the sillines a little bit, compared to Adios Sabata. Some of the gadgets are actually more cool than ridicoulous. So, I would rate Return of Sabata close to Sabata and a lot higher than Adios Sabata.

So, I would rate Return of Sabata close to Sabata and a lot higher than Adios Sabata.

I would agree! I dont care for Adios but Return has a special place in my heart!

Another comparison between the gunsmith and Dante Cona

I’m leaning towards Cona being the gunsmith. I also have found him a few times (I think these are all him) but always with a beard and that hair looks like wigs to me. He is credited in Galileo but I couldn’t recognize him. What source is the above pic from? What are your thoughts? 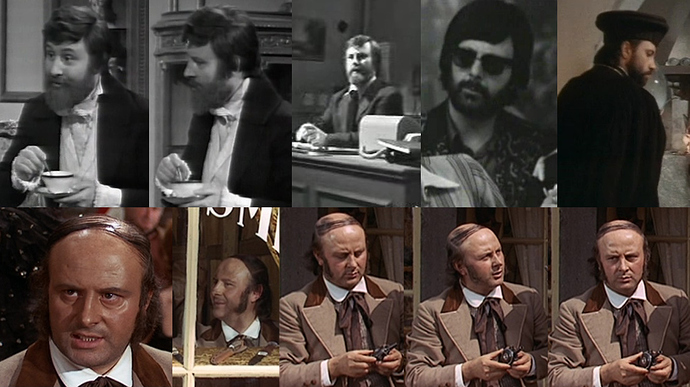 What source is the above pic from?

What are your thoughts?

Yes, it is hard to be sure and these pic from La dottoressa del distretto militare (1976) don’t help me

He is credited in Galileo but I couldn’t recognize him.

The YouTube version is about ten minutes shorter than the original.