Well, maybe not, since then another “mystery” could occur - the mystery of finding some truth within all the possibly greedy fake proposals !

This foto from the same French site shows that there was a railway scene shot in Capranica, Viterbe,Italy in at least one spaghetti western The Five-Man Army from 1969.
By the way the telegraph poles come in double version, but the configuration on each pole is vertical as it was near ESPERANZA just indicating you probably can’t rule out that there could be a configuration more similar to ESPERANZA’s vertical 4 X 2 per pole somewhere else along the railway tracks in Italy.
If the ESPERANZA scene with the locomotive arriving before the close up was shot in Italy, it ought to be with another train. 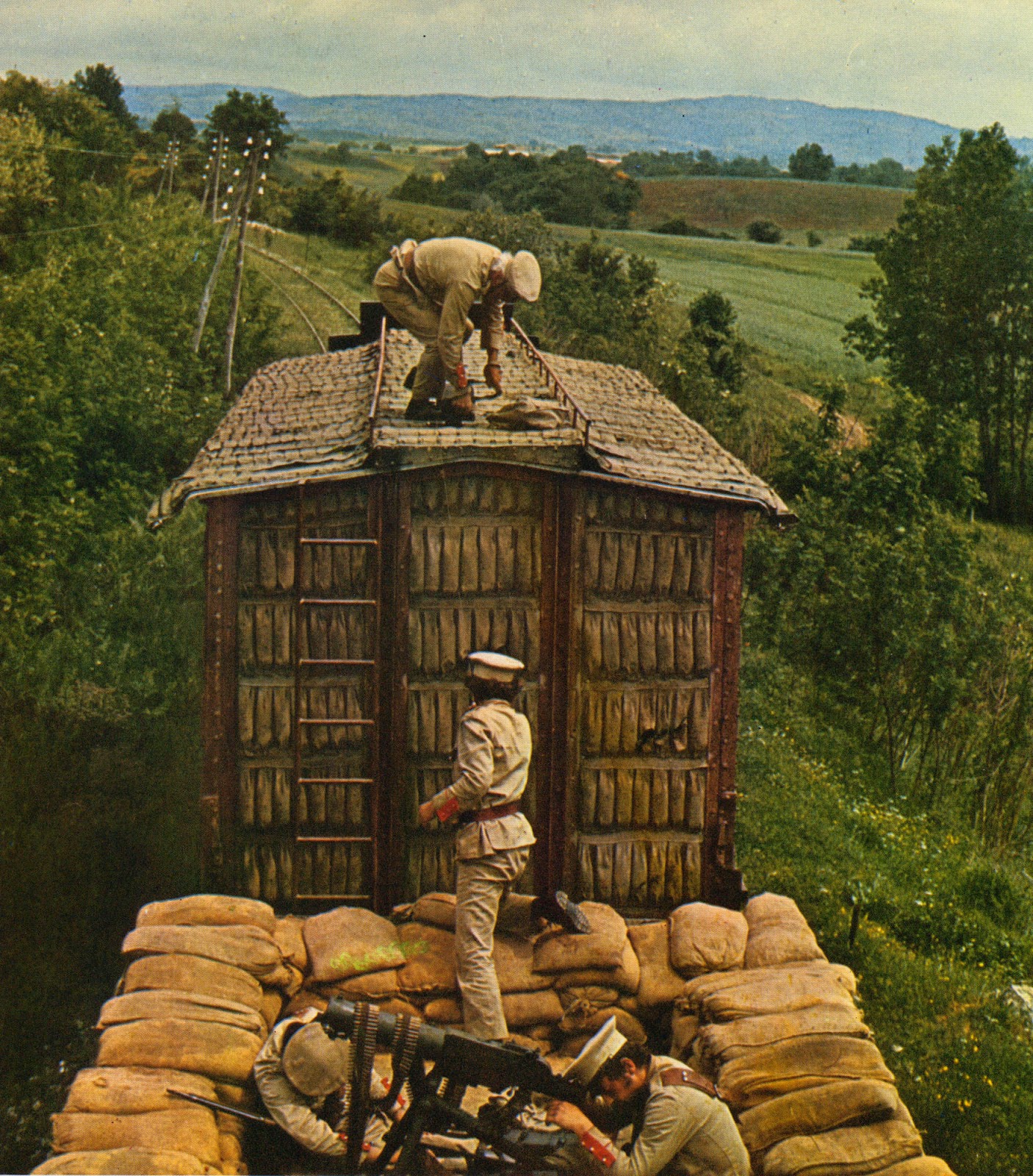 Regarding the possibilty of ESPERANZA station to be located in Italy I googled on Italian telegraph poles (in Italian) and found a person who collects the insulators which I call the nodes and via my wife’s Instagram account asked him if the recognized the configuration of the insulators 4 vertical x 2 insulators on the poles.

I got an answer and he pointed out that the Italian poles themselves usually come in pairs, which was also the case in this thread’s comment number 62 as the picture shows.

However he didn’t completely rule out that the classic shot from Navajo Joe at the station with the railway view and the hills in the distant background could be from Italy.

But I conclude that also from this angle, ESPERANZA station more likely was located in Andalucia, even if no plausible location at a current or abandoned railway has been found.

Yeah, I get their new Facebook posts almost daily and have been looking at XY number of train/railway/station albums and each album Z times

It seems incredible if we have overlooked some very interesting ESPERANZA station candidate (or a possible double track with a constructed temporary station between real ones) in Almeria-Granada, or even Jaen, Cordoba and Malaga (or even Valencia, Alicante, Murcia).

It should be easy to identify and recognize the ESPERANZA station background hills or backdrop as you put it, IF you encounter them somewhere and also could see the railway in the correct relative position, either on o photo or on Google Maps 3D, but it seems impossible to find it. I still think that Piñar is the least bad candidate but which anyhow should be ruled out with 100 % probability if there not was some or several “hokus pokus”.

I haven’t looked after a candidate 100 % systematically on Google Maps 3D meaning having made notes of that (since this is after all still pure play), but I have probably anyhow travelled along the possible railways at an average of around 3 times each or so, including known abandonded railways such as Subbetica olive train.

But the hunt must continue

Goodness only knows where we go from here… But yes the hunt must continue… My next move as and when i have time is contact the editor on GRANADA HOY a daily newspaper… Normally the press will not help but last week an article on BAUL BRIDGE just up the road from us was in the papers… I,m going to try with capital “T” to get them to give us a couple of lines even in that Granada newspaper for that one in a million that could give us a lead…I still maintain someone in a family was an extra in the film or carpenter,electrician,cook etc etc that must know… Happy hunting lol

The SW Bandidos from 1967 has an early train scene with for me unknown green landscapes, but possibly near Colmenar Viejo (if not elsewhere or even in Italy but their telegraph poles usually came in double mode) ?

Later, at 19.50 min it definitely IS shot at Colmenar Viejo. If the train scene also is from Colmenar Viejo it is at least slightly interesting.
A glimpse of a telegraph pole at 9.23 min suggests it had just 3 or 4 nodes.

So the value of all this is probably that it only further weakens the still very small possibility of ESPERANZA to have been located somewhere near Colmenar Viejo.

Hi pedro_james !
I am sorry but Deifontes is not a good candidate in many respects. The terrain is very deep down on one side of the railway and extremely hilly on the other side and the tracks don’t match enough. This first image is from down hill side of the station.
https://tinyurl.com/vtctrqs

Along the tracks in one direction :
https://tinyurl.com/sejsq2y

And in opposite direction :
https://tinyurl.com/vjx3rcq

As mentioned earlier in this thread there was a promising 1962 foto from the line Malaga - Coin, where the telegraph pole configurated 4 x 2 nodes, but maybe slightly tilted. However the tracks to Coin were dismantled 1965. Furthermore there are to my knowledge no landscapes and especially hills that remind of ESPERANZA. 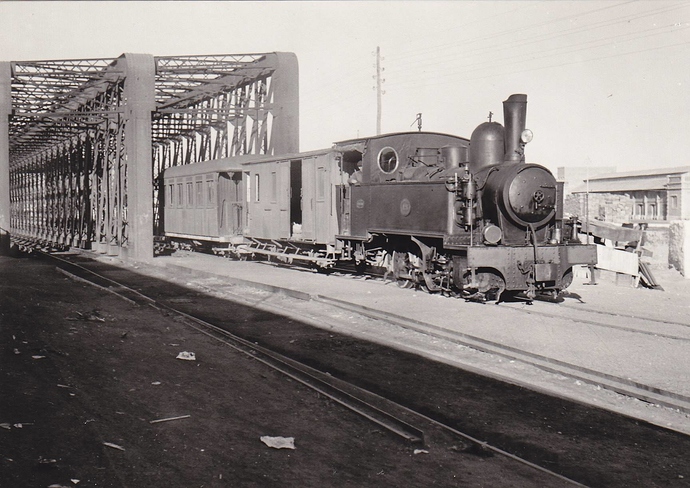 At the old station Estación de ALCAUDETE-FUENTE DE ORBE, Jaén on the nowadays abandoned subbetica railway there are also telegraph poles with the appropriate 4 x 2 configuration of the nodes. But no matching tracks nor landscapes. 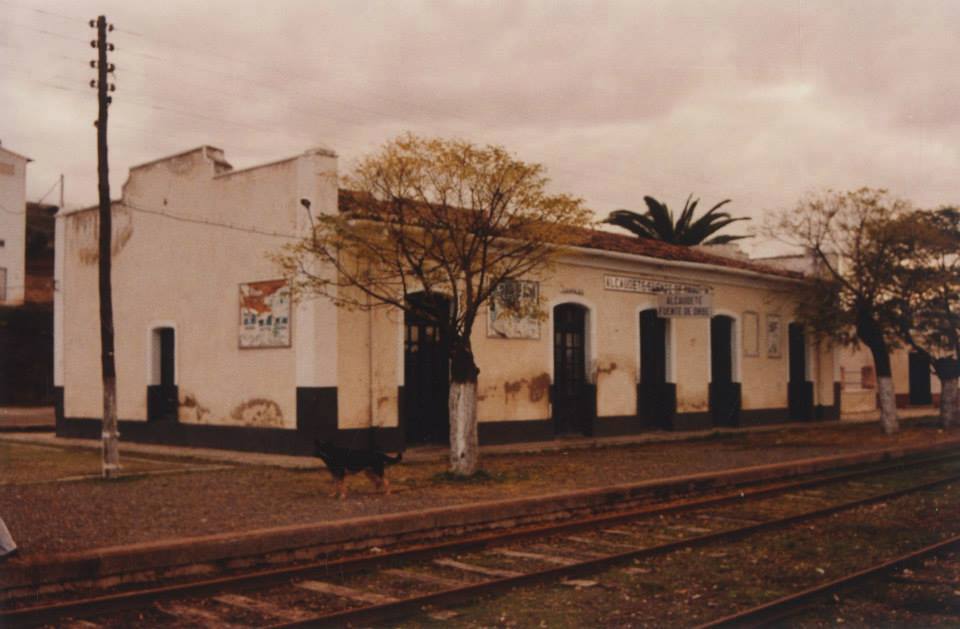 Hi there Runner. Rest assured i am still on the case of Esperanza… But the door is closing tighter … Less options… To date I,ve just tried a Italian cinema forum with no help to date… There is a case where proposals to open the closed lines( guess it will never happen due to cost) from Guadix/Baza/almenzora again but maybe just maybe someone on that committee may have a lead… Living here close to so many locations from Spaghetti Westerns you would think problem solved…Someone must have memories ( old ) but tried so many times…Another pointless exercise but i will follow up is COLMENAR Ayuntamiento(council) worth an email to them for Hogar pensionista… I,m 99.9% sure its here in Spain… Your the expert on google maps and hours n hours of looking but no clues to date…That terrain is Spain for sure.(think lol)…And living here i still think that station was within a 50kilometer distance from us here.( Amigo we live in hope)

Runner have you looked at la mina ALQUIFE GRANADA… 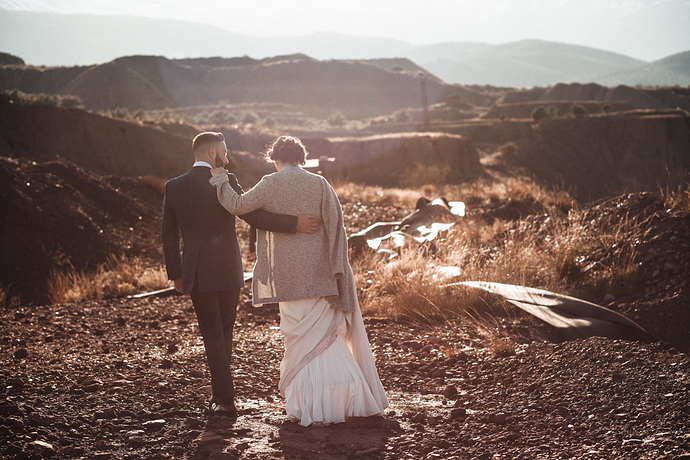 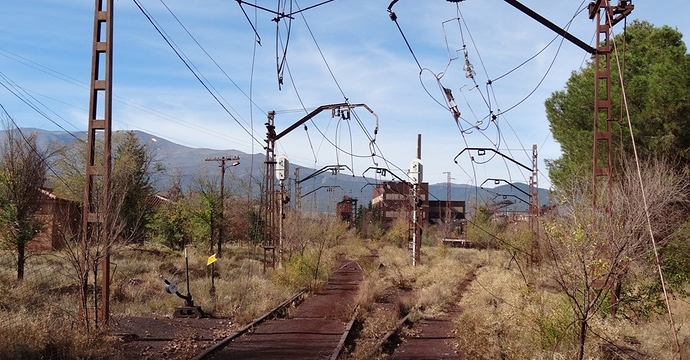 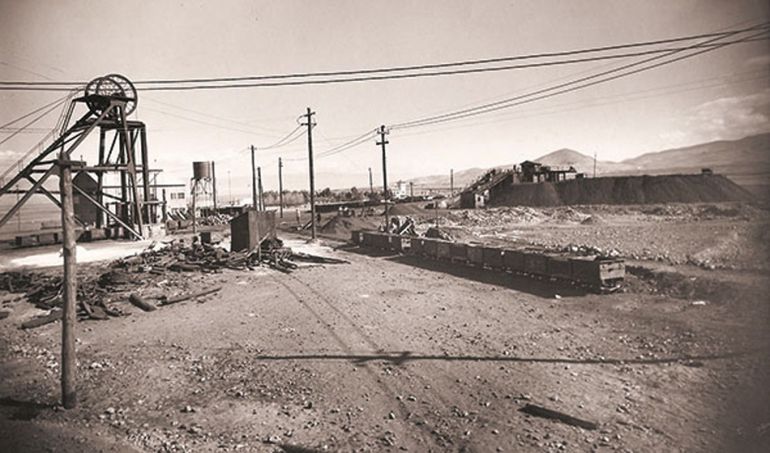 I,m 99.9% sure its here in Spain… Your the expert on google maps and hours n hours of looking but no clues to date…That terrain is Spain for sure.

Yes, logically, by common sense, it should be in Spain, even in Andalucia, but still no location matches ESPERANZA, especially including its smooth/even background hills which as stated before I think are rare in Andalucia or Granada/Almeria.
The many undulating/rounded olive tree hills in for example Cordoba and Jaen I have felt have full regularity and a bit more distance between the trees so they don’t look like natural woods, but your screen shot with the close up maybe is consistent with that type of hills which have no other type of vegetation, or ? If it is only olive trees there then they seem a bit unstructured with irregular patches put together.
http://www.forotrenes.com/foro/download/file.php?id=301334&sid=4f7f46a2e52984e4633ce3b5ee8c543e&mode=view

I have looked at the Ferrocarril Andalucia Facebook site probably every day for many months now and after each new photo they add to a special collection I have looked through that collection in question once more. They must have fotos of at least many hundreds of railway stations in Andalucia including many that were abandoned.

And then there are the telegraph poles which never have been seen elsewere in exactly the same design, only a few with similar 4 x 2 configuration but more tilted in each pair.

The solution to the ESPERANZA mystery WILL exist for a looong time and not disappear with our generation, since those background hills MUST exist and could be recognised if found, asuming there was no manipulation in the movie in this respect!
In the furure an AI software should be able to match the contour of those hills with existing digital raw data from for example Google Maps and find the ESPERANZA location ! And if that fails only due to no good match, it may implicate background manipulation in the movie which would for example lower the odds for Piñar after all in spite of a testimony claiming no chance.

OK Amigos … The Show and search must go on. If you have any ideas living near Guadix to look at let me know…

This web site has muchisimos photos along many via verdes, also in Spain. Only in one direction of course but could give some clues. I just looked at the Via Verde El Tren de Aceite Camp Real - Jaen. http://passes-montagnes.fr/htlm1/pistesvertes.html

We keep up the search… Someone in the world must know the mystery of Esperanza… I,ve tried an Italian cinema forum but no help and waste of time…Photos and information have been sent to a train syndicate trying to get Baza station and Via returned into service with central Government funding… Crazy i know but they do have a lot of Ex railway workers and members of local Government…I had a reply from the secretary to say it would be brought to attention to its members(.Looking for info outside the box) …Every stone must be turned over…As i state all this is way off track( excuse the pun) but its a shot… My next move tomorrow hopefully is an Ennio Marricone site with many members who knew him and worked close with him…Again crazy i know but its worth a go… We just need that one bit of information as to an area of ESPERANZA. Pedro

Osuna railway station is not that bad. The parallel double tracks reach far away enough in the opposite direction of the picture, the back ground visible hills are not that bad (but too edgy) and the landscape on the fictive Esperanza station house side is flat enough.
But for example the town buildings destroy the case and the a bit more hilly opposite side of the imagined Esperanza station house here seems too flat and without a green hill (as there was in the movie and near Piñar station).

Take my hat off to you Runner… So much time involved with the search… To date i have been in touch with the old mayor in the village who said he will try to help but already stated he has no clue but contacts to try… Also to the Railway syndicate trying to get the Via/line re-opened between Guadix and Ameria but no information yet…Covid 19 playing havoc here as you guys as well… Next move for me is try to get a free splash in the Comarca de Baza bi weekly paper… chance in a million that someone will remember ESPERANZA or relative… You guys take care… Cuidate. Pedro 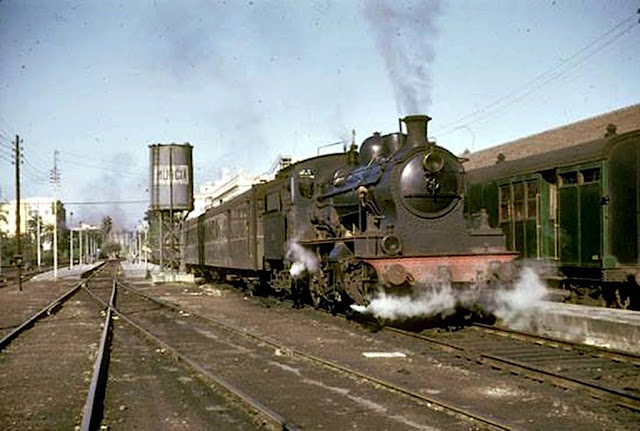