A spiritual insect maybe, only a see-through soul, no body

So actually because the insect is so out of focus it becomes transparent. Kind of like when you adjust the camera lens so that lights become transparent dots.

I watched a video on Youtube where someobody releases ladybugs, and then a few crawl across the lens of the camera, the person recording remarks that they are indeed bugs crawling across the lens. It appears exactly like in the screenshots you have.

Here’s the video in question,
I gotta warn you the video has some pretty profane language. So just be careful of that.

You can notice it starts on the red shirt and moves its way diagonally across the screen. Sorry for the poor example by the way.

Here’s some other examples of dirt on camera lenses, notice that they’re all transparent even though they’re on the lens itself. 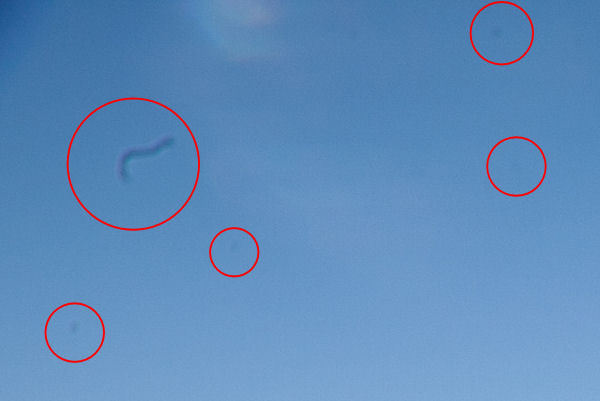 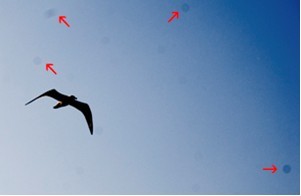