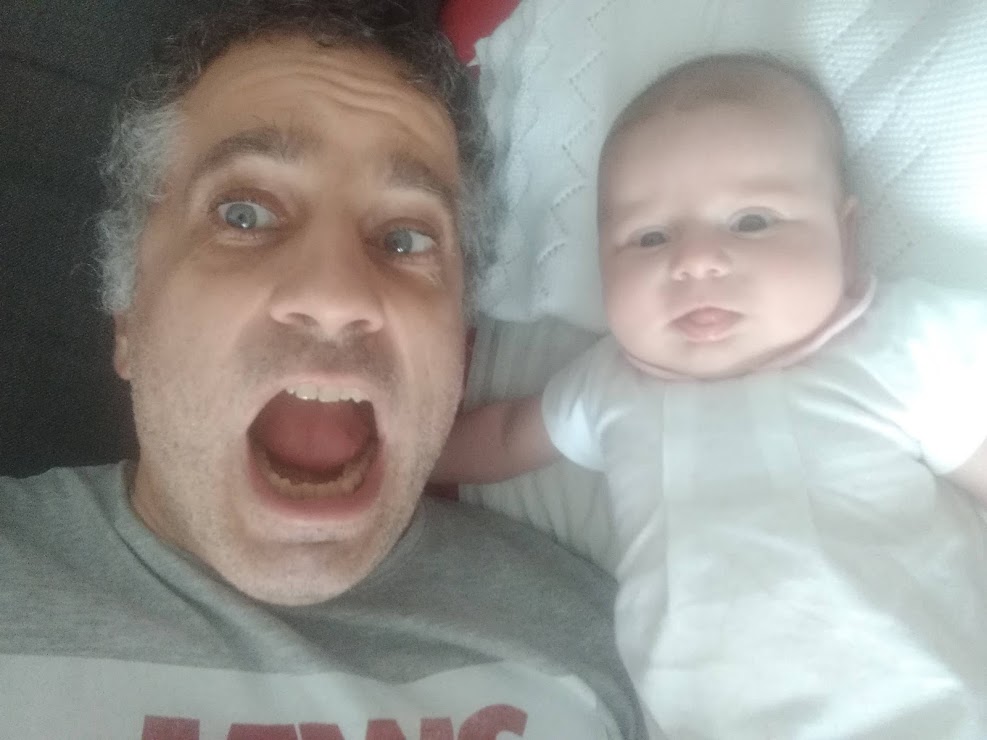 Watching her first spag, let’s hope for the best

A proud Papa and his darling Daughter enjoying an SW together, a Kodak moment

Hope she enjoys seeing it.

Cheers Phil! You hit the nail on the head, life did get very much in the way and still is doing. Still love the films though and I do check in here every now and again to see what’s going on:slightly_smiling_face: The lack of female company was never a problem though.

Hope everything its ok, nice to hear from you.

Thanks! I hope all is well for you too:wink:

Great to hear you’re still knocking around with us Silver.

Hello, it looks like I’m a little late to the party! I’m a female film student going into my sophomore year. I just made an account on this forum to partake in the discussions, and as I was exploring the site, I couldn’t pass up answering this post!

It probably seems like a rather strange way to get into spaghetti westerns, but I was actually introduced to the music of Ennio Morricone through Metallica about six years ago now (since they like to open their shows with the “Ecstacy of Gold”). I gradually got into listening to some Morricone scores because of this, and it just progressed from there. Eventually, I wanted to really understand where the music came from, so I started watching the Dollars Trilogy first and just kept on finding new films in the genre to keep the ball rolling. Despite going to a film school for a year now, never once have any of my classes discussed a western film yet, let alone a spaghetti western. However, I believe the spaghetti western genre speaks to me more than any other film genre I’ve yet explored. Within the past year alone, I’ve watched over twenty separate spaghetti westerns and taken notes on them for my personal studies. I’ve seen about the same amount of American westerns as well, but I often feel disappointed by how overly optimistic most I’ve seen are. I tend to prefer the violence, cynicism, scores, and styles of the majority of spaghetti westerns I’ve seen over American ones because I believe these aspects are crucial in creating necessary tension and more realistic scenarios.

To give an idea of which spaghetti westerns interest me the most, here are my top ten (so far - it is very difficult for me to come by copies of most of these films):

Speaking as a woman, I have yet to meet another female who enjoys the films like I do (or even another teenager for that matter). I’m still relatively new to my studies, but I have absolutely no intention of slowing down any time soon as there is still a lot I want to learn.

Anyway, I hope my response is not too long-winded, but in short, my testimony proves there are women out there who like spaghetti westerns, but they are very limited in number (and are probably much older than myself).

Welcome to the SWDB, Page!

Welcome to the Community Page, and thanks for the post/response. I’ve been a film lover my whole life so I totally get how you feel in not everyone sharing or understanding that passion. One piece of advice I try to give to budding film buffs is to look at as many films as you can so as to find what you enjoy. I’m sure you’ll have loads of fun here and learn a lot.

7 of your top 10 SW are on my own top ten list and I also listened to Morricone before I actually many years later watched my first Leone spaghetti western, but it was not the fantastic Ecstacy of Gold I had heard before but the main theme from The Good, The Bad And The Ugly which was a hit on the Swedish pop music chart.

Exactly where were those scenes shot that you see when the train was arriving to the Esperanza station or it stands still at the station or leaves from the station ?

ESPERANZA in the film Navajo Joe 1966.We know many scenes were filmed on and near location to Guadix Station. There is a lot of information on social media and internet that ESPERANZA was close to Guadix station but living not that far away from Guadix station it is impossible as Guadix geographically is lower down than ESPERANZA being on a higher plain (altiplano) Take a look at the photos/filming. Now the plot thickens from here. Was station ESPERANZA For 5 years myself and a few others have…

Thank you Runner for another plug at trying to solve the Mystery of ESPERANZA STATION. Several members have helped with hours and hours of research but the location has yet to be found…I have been on the case for years and appreciate any help to resolve this mystery.Thank you

Welcome. It’s very refreshing to hear of female SW fans. And I love your list. Spot on. And I’m not just saying this, but you have every one of my favorites on your list. For me the only change I would make is to put OUATITW first and push every other movie down one notch. Other than that I think you got the best ones listed.

Hello again! Sorry it took me so long to return here. I just moved to the UK from the US for a semester abroad, so I’ve been pretty busy lately.

Anyway, Morricone is absolutely brilliant. Music and film are two of my biggest passions, and there is nobody who helps to link the two better together than him, in my opinion. Plus, as an avid record collector, looking for his stuff now adds a whole new level to the hunt!

About the Navajo Joe railway station, that feed you linked is a whole new level of overwhelming. Holy smokes. I guess I don’t care enough/have enough time to even attempt involvement. But, since I am on the topic of Navajo Joe, I will defend it being in my current top ten because I feel it treated Native Americans much fairer than most American westerns of that time period. Having personally spent time on reservations doing service work in the past, I feel this film is more just. It was not perfect by any means when it was released, but it was an improvement. Plus, I enjoy the score and ambiguous ending to the story, which are both pluses for me.

It’s great to join the community! I must admit, the list does need some rearranging since I created it because I finally had the opportunity to see Day of Anger, and I believe it should fit on there somewhere (perhaps between The Big Gundown and Navajo Joe). Unfortunately, I am keeping my top spot reserved for GBU. I tried to keep this list I posted mostly based on which stories resonated most with me because I thought it would help people gage a female’s tastes better (because recognising quality style in film seems more objective to me and varies less between gender). So, in saying that, I think the style of OUATITW is absolutely magnificent and better than some of the films listed before it on my list. However, the plot didn’t hold the same punch for me. Don’t get me wrong, the first half hour or so was quite an insane ride the first time, but GBU wins out because I felt the story maintained an excellent level of tension and action from beginning to end that is not rivalled by anything else here. Personally speaking - that’s my take.

I just moved to the UK from the US for a semester abroad, so I’ve been pretty busy lately.

What university are you attending this semester in the UK?

Very nice.
I work at King’s in central London.

I’ve been by King’s a few times already, since it’s in such a busy area. Do you teach there?

The weather is fantastic! I’ll enjoy it while it lasts, but I love overcast days as well. My original home in the States gets plenty of cold, rainy days. However, I feel robbed of them at my SoCal university. It will be nice to have seasons again.

Tamsin Parker (mentioned earlier) in her own words on Asperger’s (or mild autism spectrum disorder, as I think it’s now termed) and identifying with Tuco.