Is the Western on Its Way Back?

has anyone seen this?

In a Valley of Violence isn’t released until the middle of October now, I think, so unless anyone has caught it at a film festival it’s doubtful anyone’s seen it yet. A few of us have seen Forsaken, I personally didn’t rate it but I think @Admin enjoyed it. I haven’t yet seen Diablo but that one’s been knocking around for a while now and I think quite a few of the gentlemen on here have seen it. I think reviews were mixed, I could be mistaken.

I’m not familiar at all with Kill or be Killed. Forsaken (2015) While the plot obviously is not completely original, this (Kiefer and Donald Sutherland) western was a decent watch nevertheless. The thing about this Oater though is that it takes a little while to get going, but if you stick with it... Just viewed this one. Same thoughts as you on the film. Thought Donald was going a bit on auto pilot mode. Just viewed Forsaken myself. There's a severe lack of originality here, you can see where the plot is exactly going after the first 15 minutes, however the decent production values make it quite passable. None of the performances were truly good... Forsaken (Cassar, 2015) In which Kiefer Sutherland's character John Henry Clayton, racked with guilt over his brother's death when he was a youngster, took off to war and didn't immediately return at the war's end, drifting instead as a... Nope hadn't looked that closely I guess.... but isn't it a George Sherman movie? Anyways, last one I saw was Forsaken, and I liked it. Review coming soon on NK (German) and in English on Furious Cinema Nope, Jesse Hibbs directed it. And yes, I liked Forsaken too. Donald and Kiefer Sutherland as father and son, Demi Moore in a very cool secondary role. Lone_Gringo wrote a short review. (I’ll never get used to Kiefer as a first name – it means “jaw...

I didn't rate Forsaken. Very ordinary, I thought. I was hoping for more I guess from what had previously been a fruitful partnership 'twixt Kiefer Sutherland and director Jon Cassar. Would've been cool to have had Donald play Jack Bauer's father...

I thought the gunfights kicked a lot of ass, and the movie did its best not to become a cliche. Medium-rate effort but still entertaining to watch

Uli saw it in Cannes and liked it

yes, reviewed it on nischenkino.de, will translate it for furiouscinema.com

This reply touches on what I think may, or hopefully eventually will, happen. It needs to just become a permanent acceptable go to thematic option, instead of a genre that comes back, and subsequently goes away. Like when a martial arts movie comes out we don’t think “shaw bros kung fu flicks are back”… they are just always with us forevermore.

I also think the myriad of new westerns, many direct to streaming and not on the OP’s list, are really poorly done, which doesn’t help boost the supply and demand. I also fully admit this perception could be my bias to Spaghetti Western though, as the contemporary westerns I see are so flooded with perfectly laundered wardrobe from westernemporium.com, shiny wear free chrome blank-firing weapons from maxarmory.com along with their poorly executed cgi muzzle flashes set against the same fakey-looking relatively clean old west rent-a-town movie set - that I just become more and more disenchanted… and bitter.

Maybe niche… or “cult” is the answer - and man I have always felt Spaghettis are an untapped peg for that pigeon hole. if only more filmmakers knew about/embraced them for what they really are. I mean if an exec/distributor never heard of a Spaghetti Western and someone had just wrapped one up, a good one that wears its homages on its sleeve, they could easily pitch it as a Psychedelic Mad Max Samurai film set in an anachronistic southwest. How could that not sell! 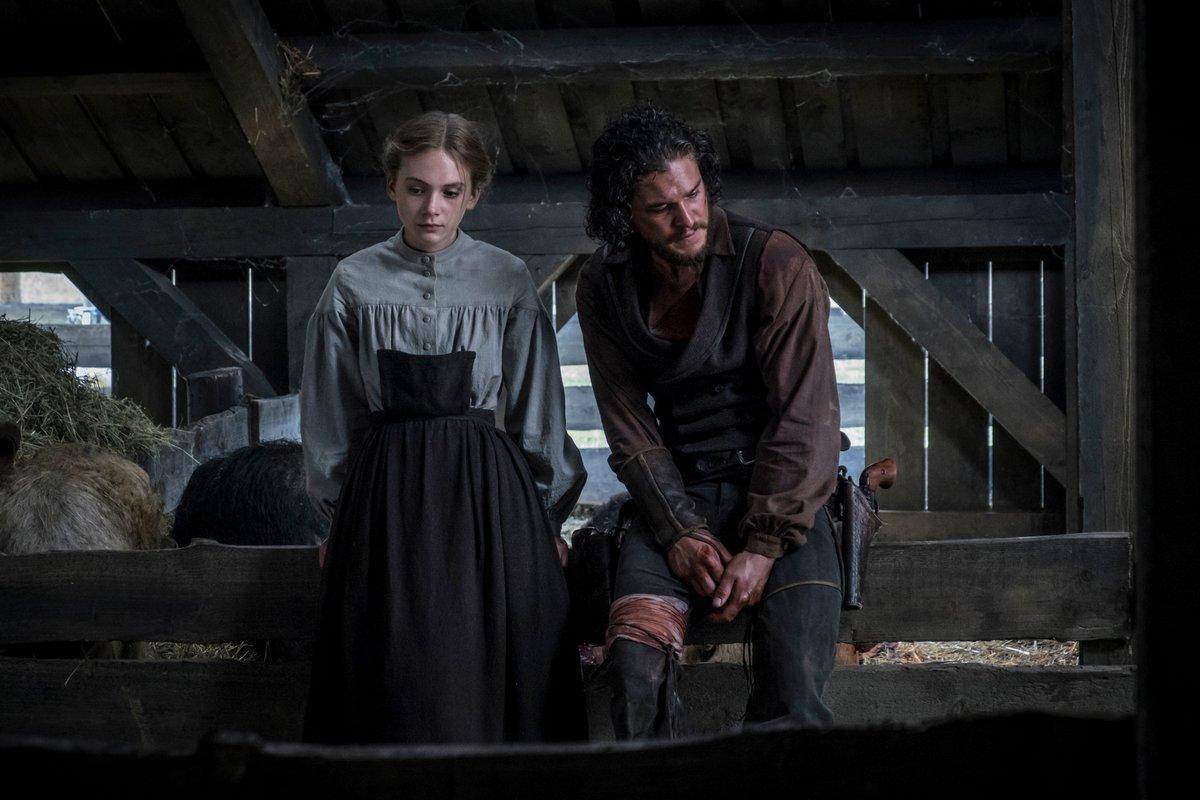 Brimstone review: Blood-soaked revenge western gets under your skin

Nice piece. I mean tbh even in posing the question at the start of the thread, I was never of the opinion that the western had gone altogether at any point so, in that sense, it’s true that the western never really left (and I’m talking about actual westerns here). But of course filmmakers transpose the western wholesale to all manner of other times and places; James Mangold for example made Cop Land because he wanted to make the story as a western but wasn’t confident at that stage in his career about taking on a period piece (he went on to remake 3:10 to Yuma, of course). But the themes most prevalent in westerns - morality, struggles through adverse conditions, revenge - lend themselves so well to cinema, you can tell those tales against any backdrop at all (the post-apocalyptic backdrop being especially ripe, stripped and freed as it is from other contemporaneous themes). But whilst some - many - of these tales of revenge or morality or survival will be consciously supplanted westerns, many certainly will not be.

Ultimately though, I’d hate for the western to die altogether and be allowed to do so because, well, they’re all post-apocalyptic films now, aren’t they? Ooh, no.

I wonder how much more popular the western needs to become in the US before the Italian film industry decides once more to exploit the popularity and knock a few spags out?

It’s interesting to note that one of the first post-apocalyptic Westerns was Hermann’s Jeremiah, a Belgian comic book series first published in 1978 in Zack magazine, a German comics anthology. Among Hermann’s influences were most probably films like Robert Clouse’s The Ultimate Warrior (1975) and clearly Spaghetti Westerns, concerning the two protagonists’ (a)morality and worldview. 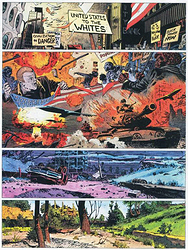 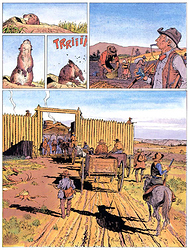 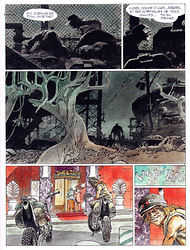 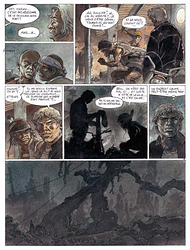 Translated my review of FORSAKEN, for all of you viewing pleasure

Forsaken is a 2015 western starring Kiefer Sutherland (The Lost Boys). Next to a number of other recent westerns, I was looking forward to this...

Yeah I think my thing is longing for that specific sub-genre ya know? Like being a martial arts fan that yearns for Kurosawa’s Samurais but could care less about the Shaw’s kung-fu masters (not that that’s possible of course) – or – being the first in line for SAW VIII but turning your nose up at FRIDAY THE 13TH XXVI – Clamoring for all the Hammer Horror films but finding the Universal stuff lukewarm (actual personal example there). It’s a pit in my stomach along these lines.

The fact that one loves, but never gets, the signature tropes of the Spaghetti Western with all its glorious weird west vibe and pulpy comic book aesthetic, and is instead relegated to being placated with a rash of traditional Fordesque Westerns, of varying production values, kind of sucks. I like four-wheel drive vehicles but I want a jeep. I like steak, but I love filet. Zombie flicks are awesome but ONLY if they walk!

It’s just a huge gaping hole in the cult genre midnight movie underground, and I don’t know why. Is it really still that obscure in a world where pop culture thrives on the slightly off, familiarly foreign and coveted cool? Argh. I guess I am just not satisfied with saying “Westerns are back, or alive, or never left” - I want more than that… more specific that is.

Also, to the point about the “western” being packaged as other genres, including post-apocalyptic, it’s an interesting phenomenon considering that’s exactly what so many of the westerns, including the Spaghetti’s, did to the other genres to get their foothold. I guess I’m OK with robbing Peter to pay Paul as long as Peter robs me back.

Writer-director Ti West is best known for making horror films, including 2009's House of the Devil and 2013's The Sacrament, which… 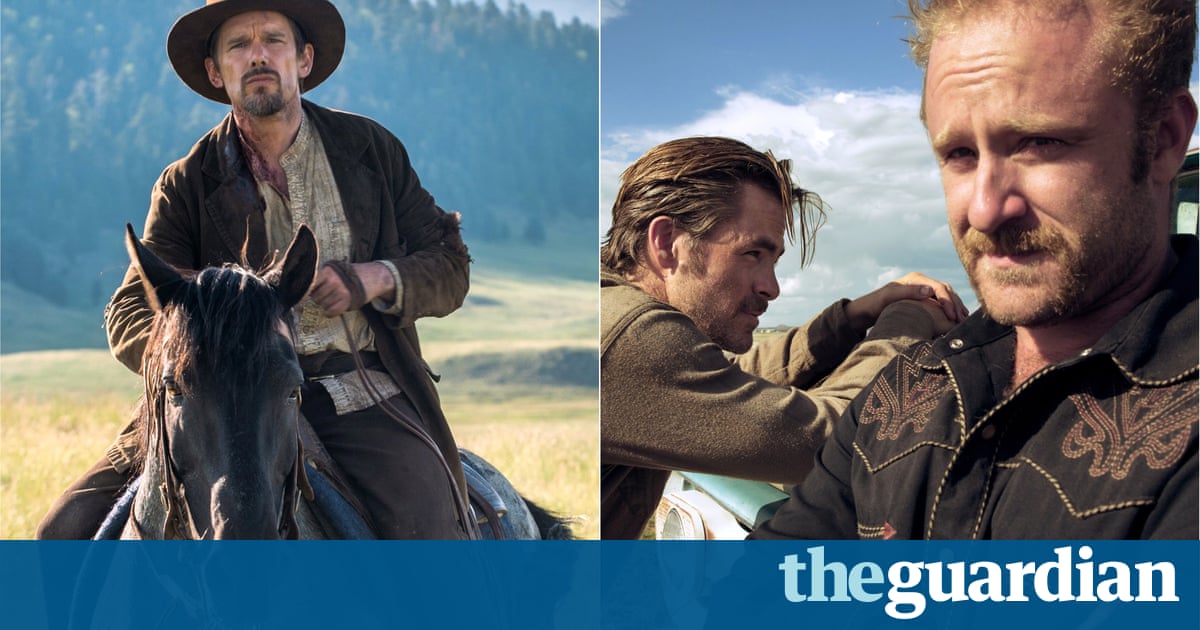 'The American epic': Hollywood's enduring love for the western

While it might not be the box office mainstay it once was, the genre is experiencing a renaissance, something that’s telling of the state of America in 2016

Pierce Brosnan to star in AMC 10-part series The Son,

The Son: Release Date and Trailers for New AMC Western

Pierce Brosnan goes west in AMC’s drama The Son. Here's what we know about the new series...

And a little preview of Brimstone

'Brimstone' is a dark and thrilling western

Veteran director Martin Koolhoven has always been a fan of westerns. When it came time to make one, he knew he didn’t want just an “empty homage” to the genre. He wanted it to be an original story that stood on its own.