A great loss for almost all the world of arts: acting, directing, painting, photography. I’m sure glad he survived the 70’s and early 80’s, but I wished he would have made 100 years.
To my life he was the most influential person ever. EASY RIDER and his very own character as well as his career and his way of life was even more groundbreaking, changing and CRAZY than the life of my other hero Sam Peckinpah. 115 years of cinema and my two favorite films were both filmed during the same two -three months! May / June / July 1968 - THE WILD BUNCH & EASY RIDER.

I met Peter Fonda several times but I never met Dennis. 5 years ago I made a 10-page special on EASY RIDER for Cinema Retro magazine which in a way led to a big book project on ER we had to stop last year thanks to Dennis’ lawyers (everybody else had been given their ok already). Last year I finally found back doors to him (I’m sure his ‘suits’ never really explained our project to him) when he was suddenly diagnosed and everything changed. I hope I can still pay him this ultimate tribute, a hardcover coffee table book on the film that changed Hollywood.

Here are a few scarce images from my archive, Dennis directing ER and Dennis & Sam during OSTERMAN WEEKEND. Interesting trivia: Dennis acted 1957 in Peckinpah’s first important gig (THE RIFLEMAN pilot written & created by Sam: THE SHARPSHOOTER) as well in Sam’s last feature THE OSTERMAN WEEKEND (1982). Back in 1957 they both used to smoke marihuana on the lot together, Dennis later stating ‘Sam was the only cool dude around there…’

Now that they both sobered up, they can talk about art forever, up there in movie heaven. Thanks for this inspired life! 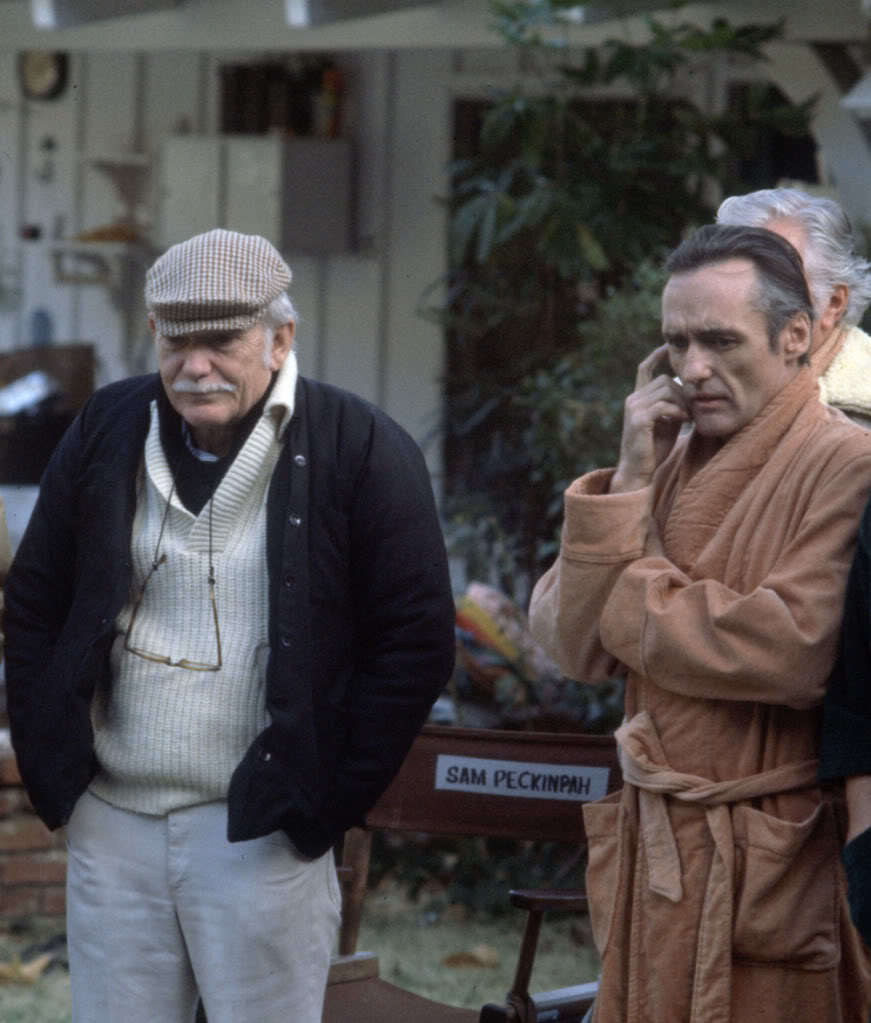 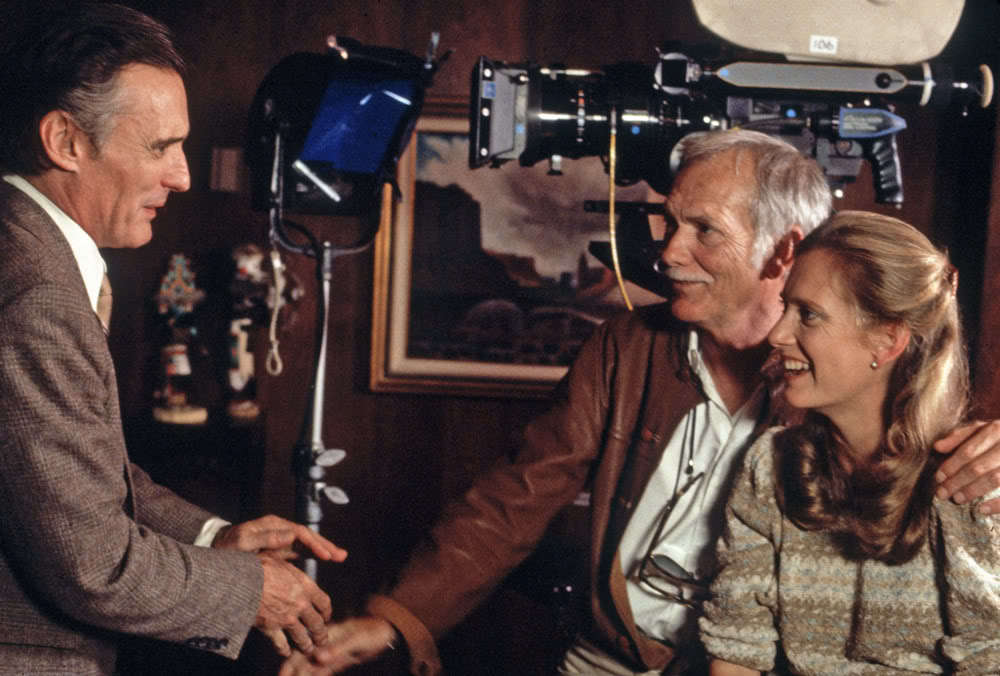 Great photos Mike. It is indeed very sad that Dennis Hopper has died. Another great gone from this Earth.

Of course he was in some great films, but to me the best image I got from him was the photojournalist character in Apocalypse Now.