Ooops, forgot a “not” in my above post, which is now edited. Now both sentences make sense together, although not in the sense of my dear friend Phil.

I actually rate Cardone quite highly in the ‘second tier’ of Spaghetti directors. He never had great budgets but usually managed to produce good work with some inventive direction without stooping to the endless shootout, fistfight, riding around aimlessly laziness which a lot of other jobbing directors did at this time. 20.000 dollari sul 7 is the exception to this and not typical of his work at all as far as I’m concerned. The other 4 of his westerns I have seen (Blood at Sundown, 7 Dollars on the Red, Wrath of God and Kidnapping) have all been very solid, mid range Spaghettis.

I completely agree with this assessment, Phil!
For whatever that is worth.

I like trash westerns, but this really couldn’t keep too much of my interest because I didn’t have a clue what really was going on, haha. I did in fact fall asleep for a few minutes only to wake up at the very end with the guy running around doing nothing for a few minutes. I don’t understand why there was so much silence – was that intended or is the version we all seem to have (with the “for screening only” burned into it) flawed? I didn’t mind the music too much actually, it was kind of trippy with all of that vibrato / leslie action (or was that a flaw in the audio?) With all of that said… I doubt I’ll ever watch or think of it again!

As a whole, an undoubtedly poor SW (currently in my Bottom-10).

For unknown reasons the number seven is strangely recurring in this one (hotel room, clock shooting contest, final confrontation time). There are also some “parolinate” (the gimmicks described in Reply #6) without - and before - Parolini.

A few screenshots from the Italian TV version

Never expected to see this quality for a so so western.

Who’s the actress on the third photo? She looks gorgeous.

All sources indicate Aurora Bautista but something does not coincide…

On the other hand in her interview with Marco Giusti concerning Giuseppe Vari’s Deguejo Erika Blanc says:
“I remember Aurora Batista very well, one of the most beautiful women I’ve ever seen”.

So in all probability in the field of SWs Aura Batis/Aurora Batista are pseudonyms of another actress (Giulia Rubini?)

She looks very different in those photos, that is if she’s the same person.

I sufferered this last night and, like some others, was surprised that Cardone could produce such a turkey.

Again, as others have said… it is just boring. The gadgets* and the good quality print do not make the film any more enjoyable unfortunately.
I didn’t mind the lead fellah being all black-clad and thought he was ok given the disjointed script. It seems as if somebody lost (or didn’t get around to writing/filming) some of the better bits for the film, that should have been included - so they bulked it out with extra dollops of riding, fisticuffs and running about in the sandpit.

SPOILERS - (as if that were possible)…

*The gadgets - that key-gun predates Garko’s novelty guns in the Sartana films, and that multi-gun till predates the galleon one that operates similarly in Adios Sabata. Both of these latter inventions have been in the Parolini directed films of course. So, do we have Cardone to thank here for introducing us (and Parolini) to this type of novelty gadgets in the spaghetti-western genre? Were these the first of this type?

Even more radically, could Cardone have intended to have been thinking of reinventing his Sartana character originally for this film? After all, as Scherpy pointed out in his review of If You Meet Sartana Pray For Your Death, there is the idea mooted that “Producer Addobbati has always sustained that he got the idea when he saw Albert Cardone’s Mille Dollare sul Nero”

So… a black-clad gunslinger who utilises gadgety guns in a similarly sounding film that previously has introduced us to Garko as Sartana (albeit in name alone). Some coincidence ???

Here are two more. Maybe there are seven in the movie… 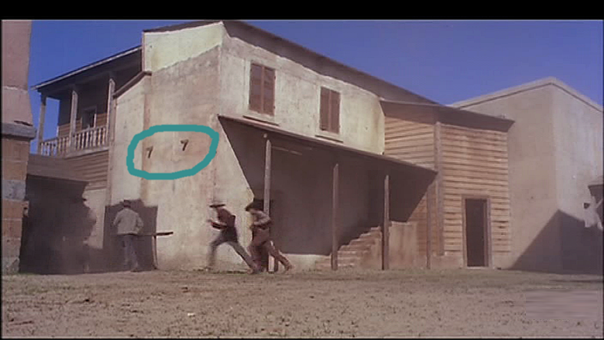 Aurora Battista was one of the forty contestants for the title of Miss Italia 1965 (another one was Maria Pia Conte). She’s credited with her real name in Gangster’s Law (1969) and on the Spanish poster of One Against One… No Mercy.

Thanks to his participation in Miraglia’s The Night Evelyn Came Out of the Grave I finally found the identity of Hector Boilleaux, an alias for Ettore Bevilacqua!

With Federico Fellini in 1971

I was expecting to be in for some torture after reading the comments but this one managed to entertain me a lot. It is definitely quite trashy and feels like a Gianni Crea film but I like this type of low budget, “so bad it’s good” spaghetti. Even if the direction was quite poor, I still enjoyed all the gadgets and the music was fun. I watched a fullscreen pan & scan VHS tape with English audio and Chinese subtitles. I’d love to see a better copy. Hopefully this gets a Blu-ray soon even if I’m the only one who ends up buying it.

For anybody with an interest in VHS tapes, here’s some pictures of mine: 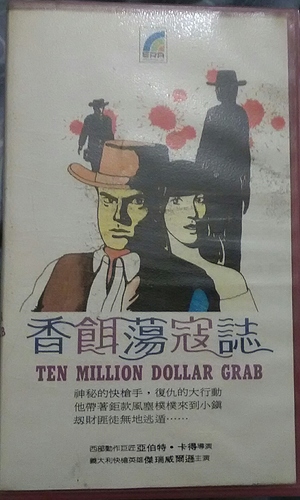 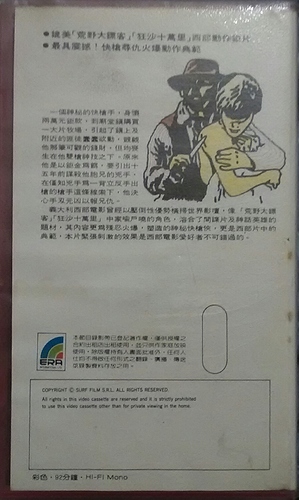 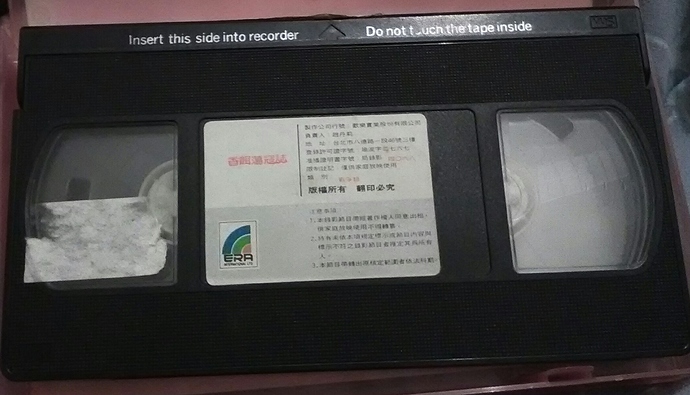 As far as I know, the tape is from Taiwan and it’s the only official English language release that I am aware of. If anybody knows about other releases, let me know!

Here`s my German one: 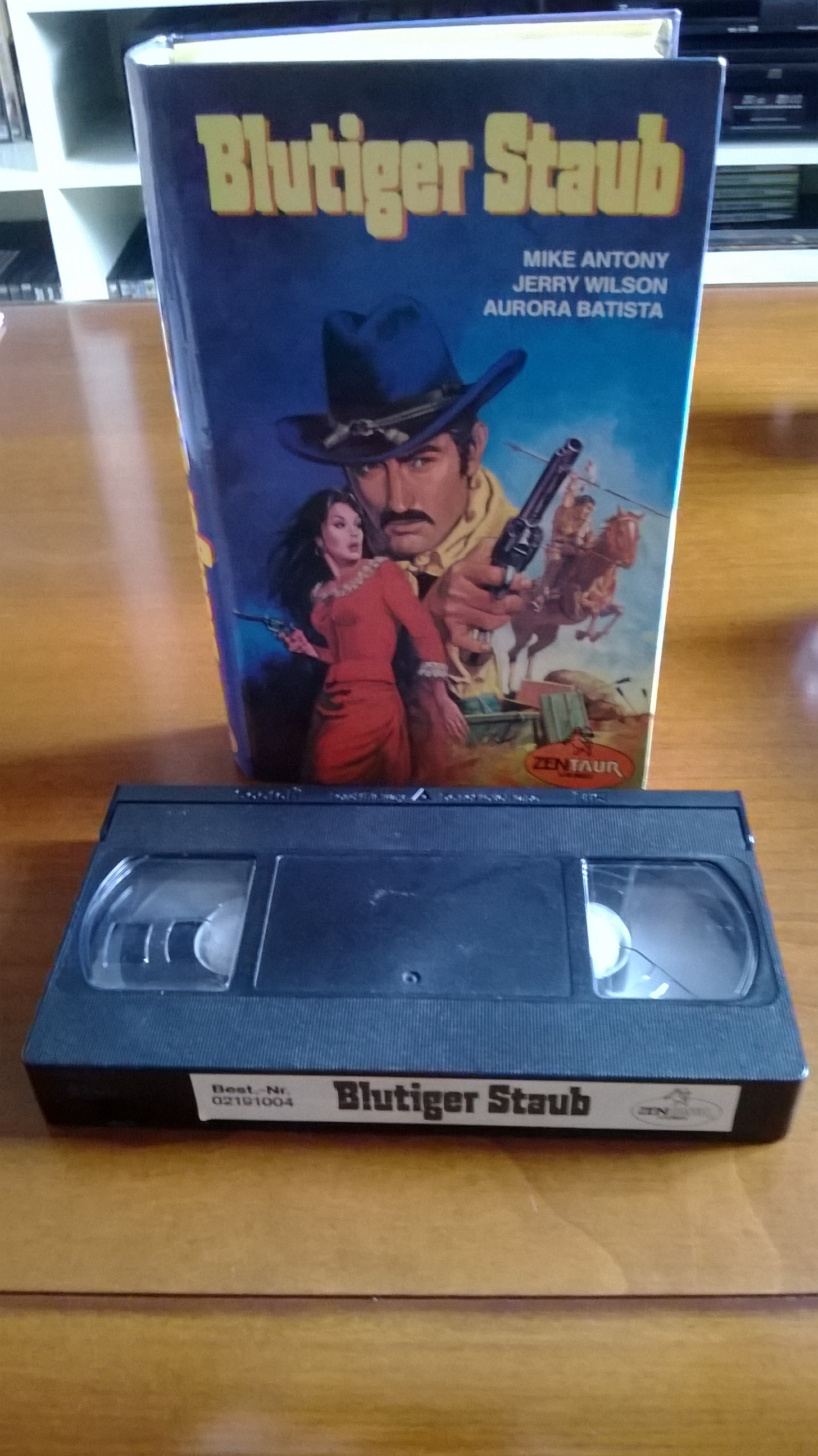 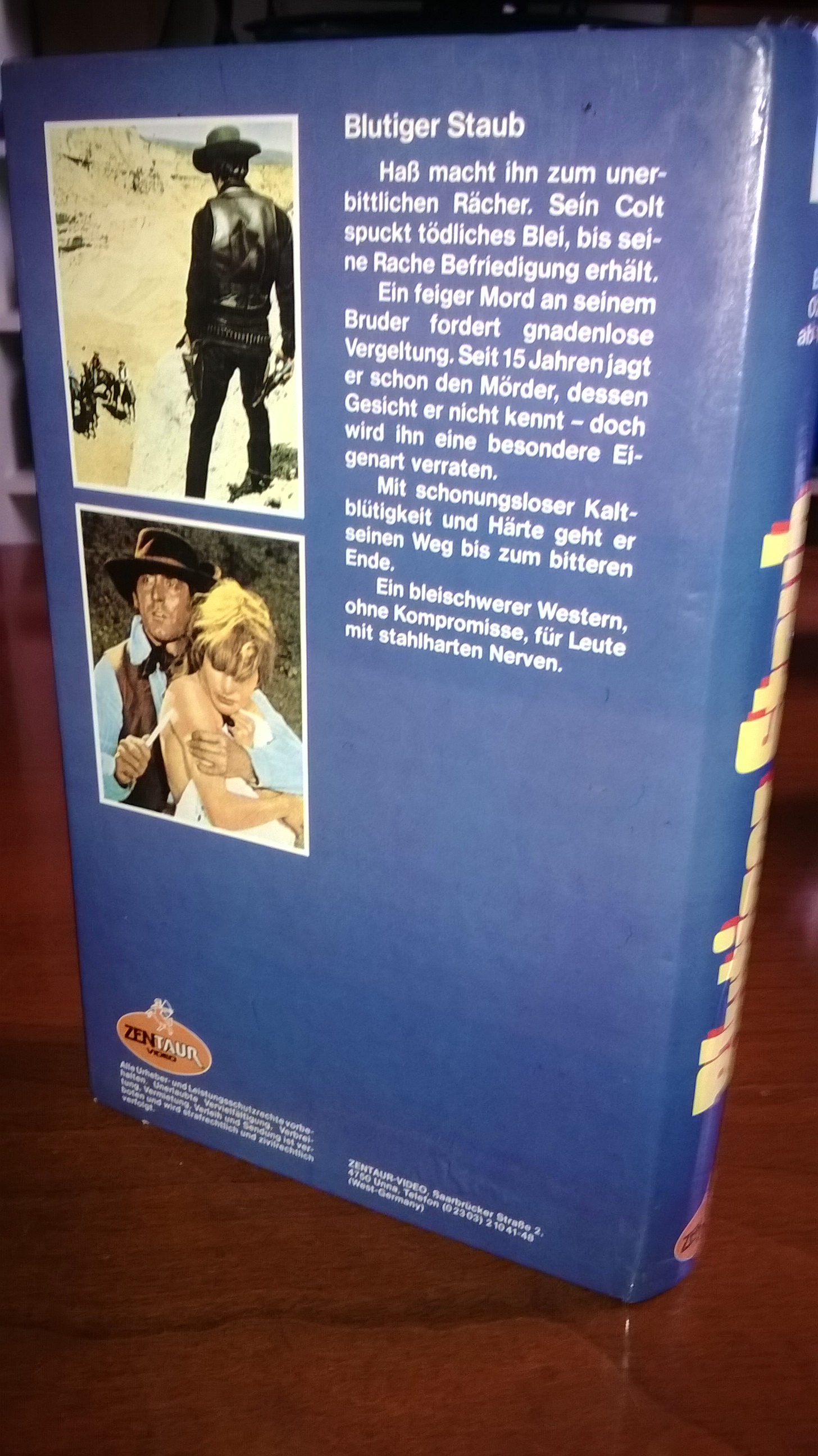 The artwork is very misleading!

Not half! LOL Don’t remember Gregory Peck in this one!?

BTW How is the English audio quality ? I made a fandub from an Italian TV rip, the audio came from screener tape, probably a few generations old … very hissy sound. Perhaps yours is better ?

Ha,ha…yes really strange artwork.
I also have the other german video as vcr/video2000.
Artwork is a bit strange, too 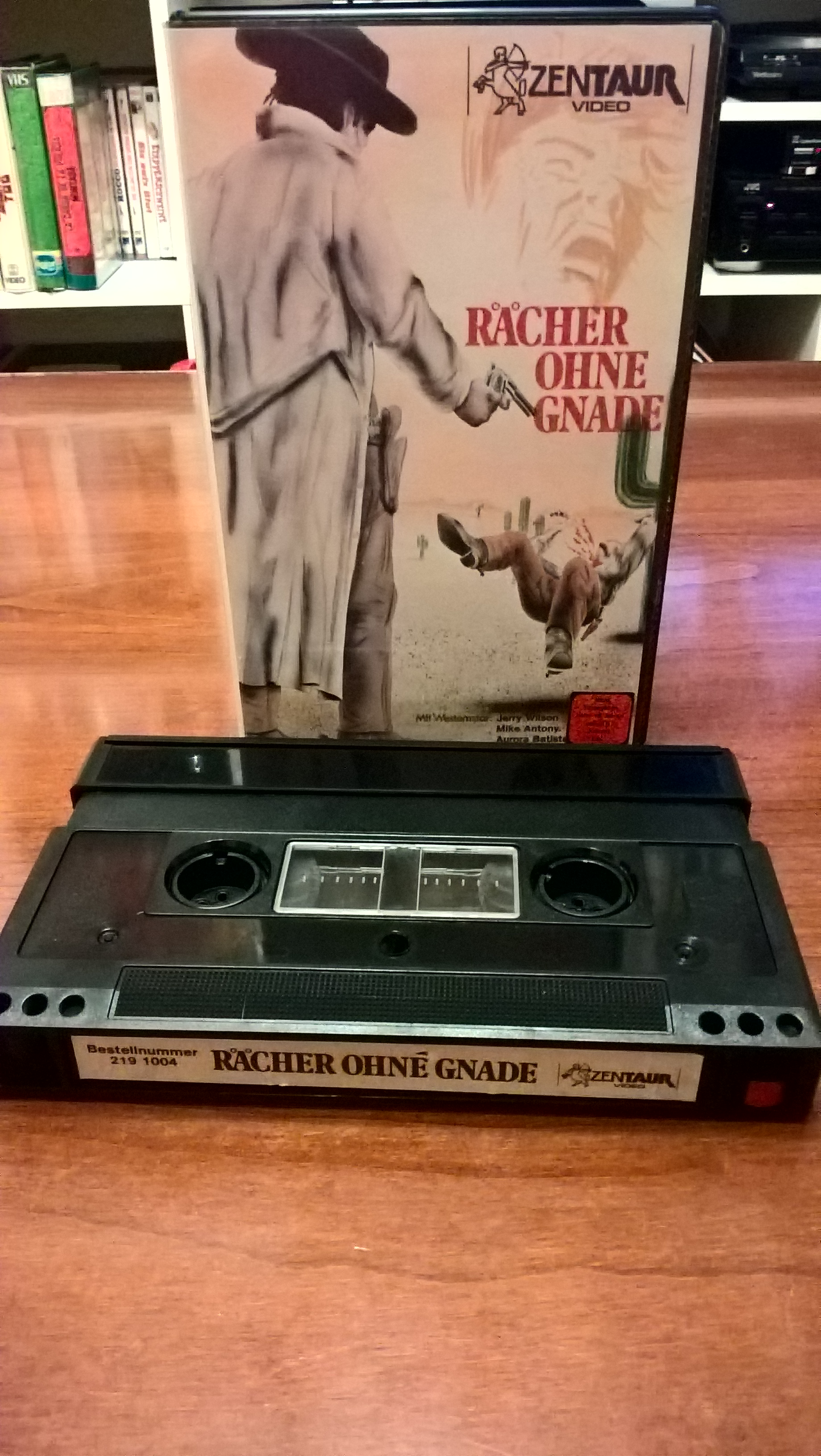 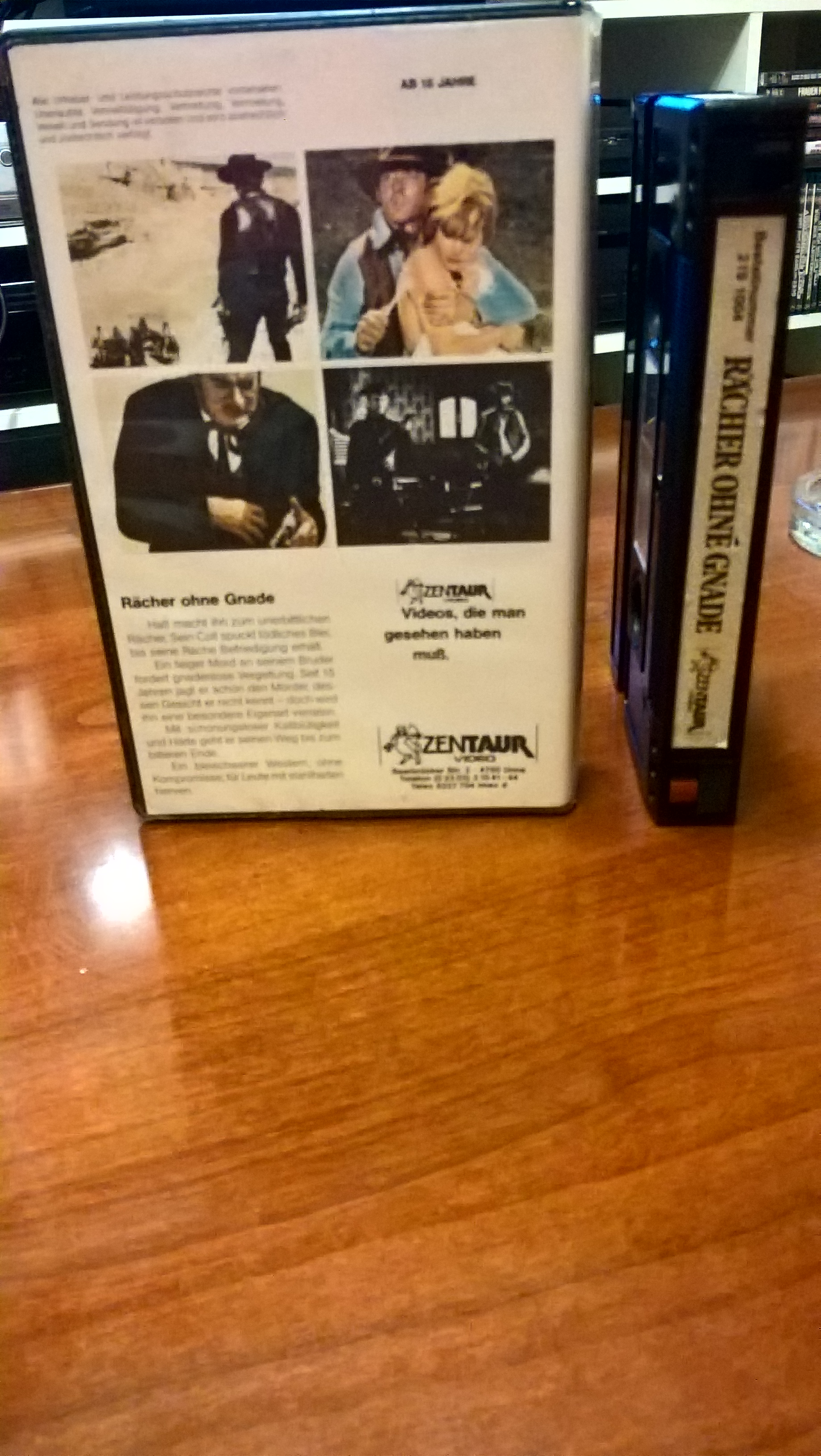 BTW How is the English audio quality ?

I didn’t experience any issues with the audio. I haven’t watched the fandub, so I can’t compare.

Had a look at it again, and the audio is not as bad as I remembered - must have seen much worse since viewing it.
Just thought if your version had particularly good audio, it might be worth redoing, as the Italian TV rip is exceptionally nice picture quality. 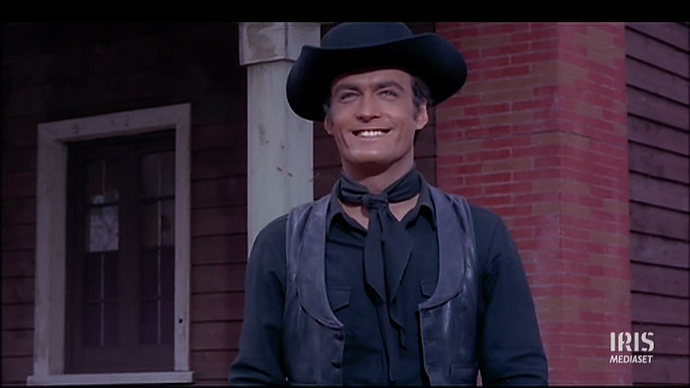